Valhomas – The Smoked Staple of Maldives 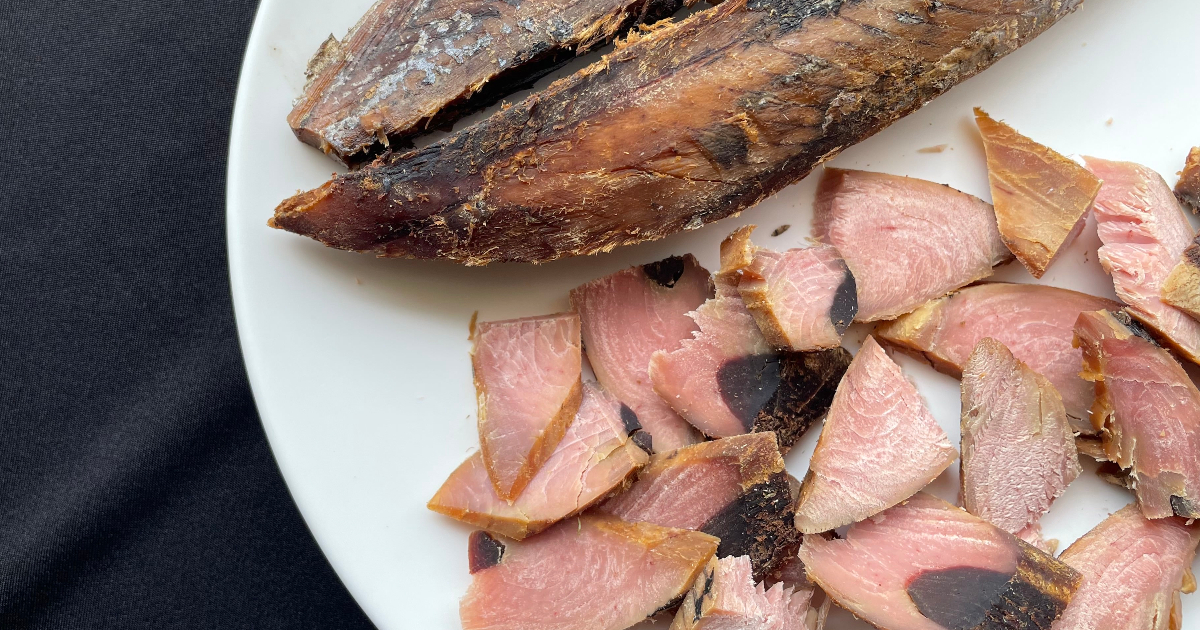 Valhomas, also known as smoked tuna, is a type of cured fish made in the Maldives. A staple food in the country, you’d be hard-pressed to find a Maldivian kitchen that doesn’t have a bit of valhomas, ready to be used in everything from curries to short eats.

Although valhomas is now frequently made in large-scale fish factories – to be exported – there are still those in the islands who have been keeping these traditional techniques alive. 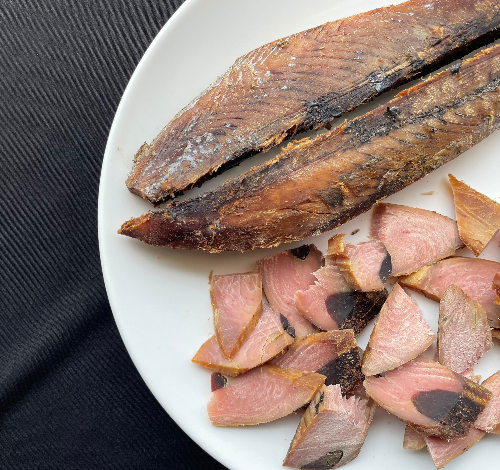 The process of making valhomas begins with gutting, filleting and cleaning freshly caught fish, removing the innards, gills, head, tail and backbone. Valhomas can be made with any type of “kandu mas” or sea fish, although tuna is the preferred variety. Some popular tuna used to make valhomas include “kanneli” (yellowfin tuna), “latti” (little tuna) and “raagondi” (frigate tuna).

Next in the process, the cleaned fish is then cut into long pieces called “ari” and boiled in salted water. This is traditionally done in big metal pots, over open fires made from coconut shells and wood. Once poached, the fish is removed from the pot, and left to smoke over open fire pits on a “dhumashi” – racks made from either dried coconut palm stalks, or more recently, even metal. The fish is smoked over the fire overnight, after which it is then left to dry out in the sun, usually for a period of three days. 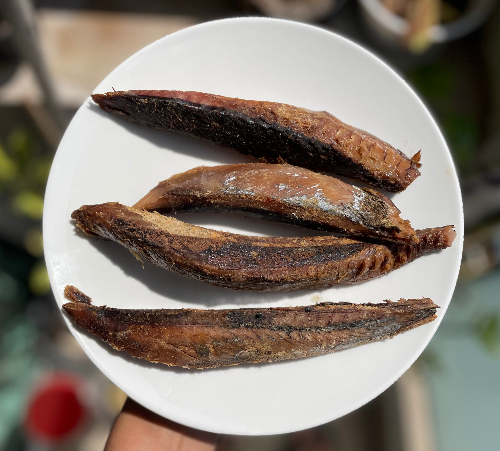 This smoking dries out the fish, giving it a slightly saltier taste and harder texture. Smoking also helps to preserve the fish and keep it for longer – something which was very important before, when refrigeration wasn’t readily available in the country. Valhomas, as well as other Maldivian indigenous fish products such as rihaakuru, were also used as bartering items in the olden days and were also frequently given as gifts to visitors.

Here in the Maldives, besides being used in a wide array of dishes, valhomas is eaten on its own or with coconut slices in a snack known as “mas kaashi” (which literally translates to fish and coconut!). 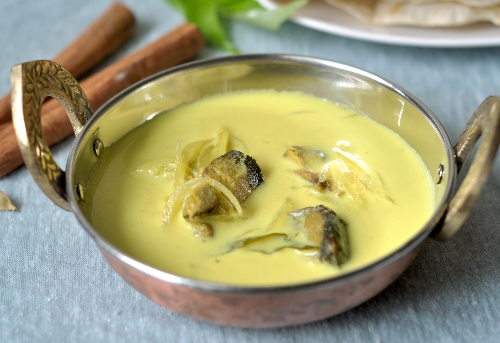 Mas fen – a broth-type dish – is a traditional valhomas-based dish while other quintessential local dishes include valhomas kirugarudhiya (coconut milk curry) and valhomas hiki riha (dry curry).  It’s an easy way to add flavour and texture to dishes such as rices, curries, and even traditional short eats, and can be used in place of fresh fish for almost all dishes that Maldivians make. 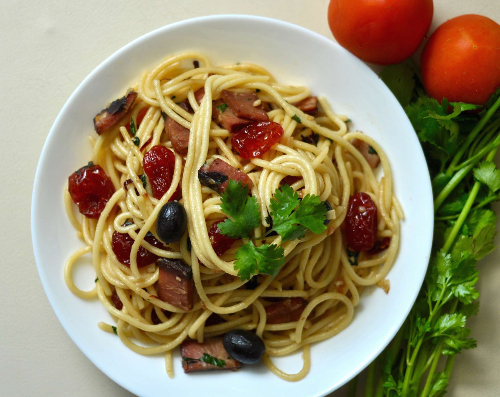 These days, valhomas is also frequently used in Western-style dishes in the Maldives, in everything from pizzas to submarines. Valhomas noodles and valhomas spaghetti are also popular dishes cooked in restaurants to homes alike – subbing the valhomas for the traditional seafood or meat you might use.

For more valhomas dishes, check out our valhomas recipes or even the Maldivian recipes corner on our website.