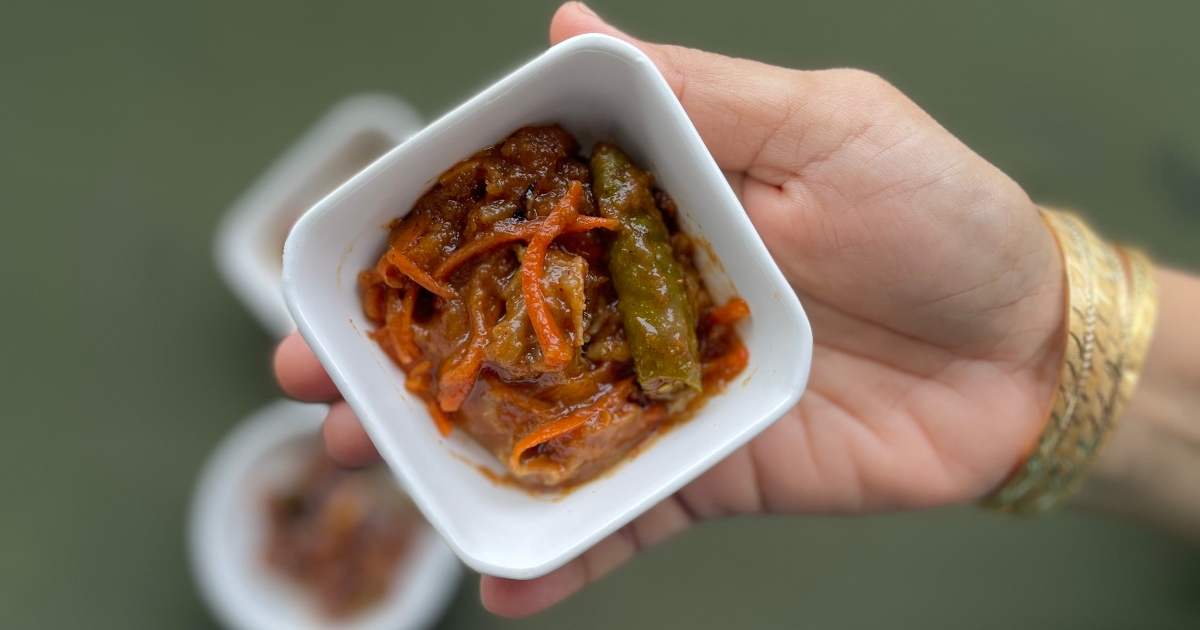 Asaara or Maldivian pickle or chutney is a staple dish across the country, used as a condiment to many meals.

There are many types of asaara, such as keretu (carrot) asaara, kadhuru (date) asaara, bilimagu (bilimbi) asaara and anbu asaara (made with unripe mangoes), each with their own distinct taste ranging from slightly sweet to savoury. In addition to the main ingredient, aromatics such as onions, chillies, ginger and garlic and herbs like curry and pandan leaves (hikandhifaiy and raanbaafaiy respectively, in Dhivehi) are also added to the asaara to make it tastier. 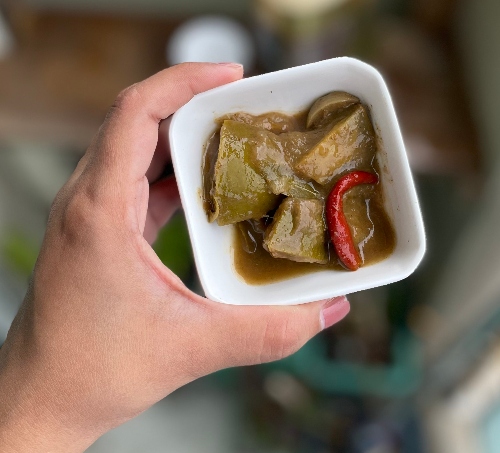 Asaara is generally made by chopping all ingredients, mixing it with vinegar and necessary spices, then leaving it to ferment in the sun for anything ranging from 10-30 days. However, the process can slightly differ, based on the type of asaara being made. For example, anbu or bilimagu asaara is usually cooked with havaadhu (spice mix) over the stove before being mixed with vinegar and salt to be pickled. 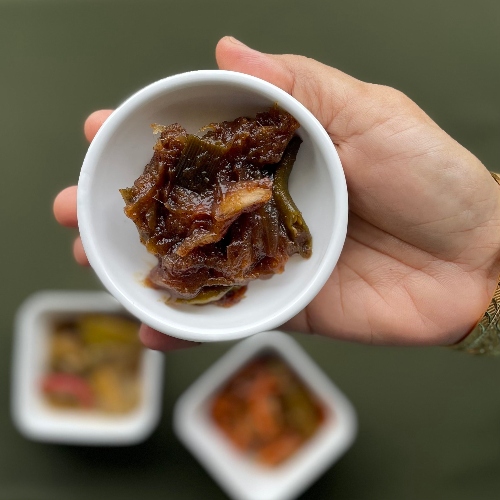 Nowadays, the main preservative ingredients used during the asaara process are vinegar and salt. Before vinegar was commercially available, asaara was made with raahuiy – fermented ruku raa or toddy, made by burying the toddy under soil for 40 days and nights. 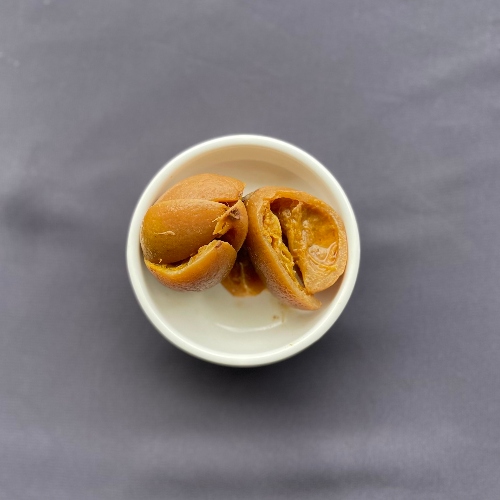 Although not technically a type of asaara, lonu lunbo (or pickled limes) are a popular form of pickle in the Maldives as well. Lonu lunbo is made by cutting up limes, covering them in turmeric and salt, and leaving them for about 2-3 weeks in the sun. The salt plus the heat result in an unctuous pickle with a salty, sour taste. 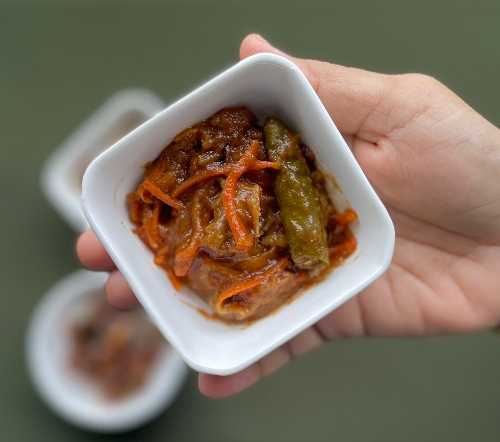 Asaara is usually eaten with traditional Maldivian meals such as rice and garudhiya (Maldivian fish broth), roshi (Maldivian flat bread) and kirugarudhiya (coconut based yellow curry) or even masbaiy.