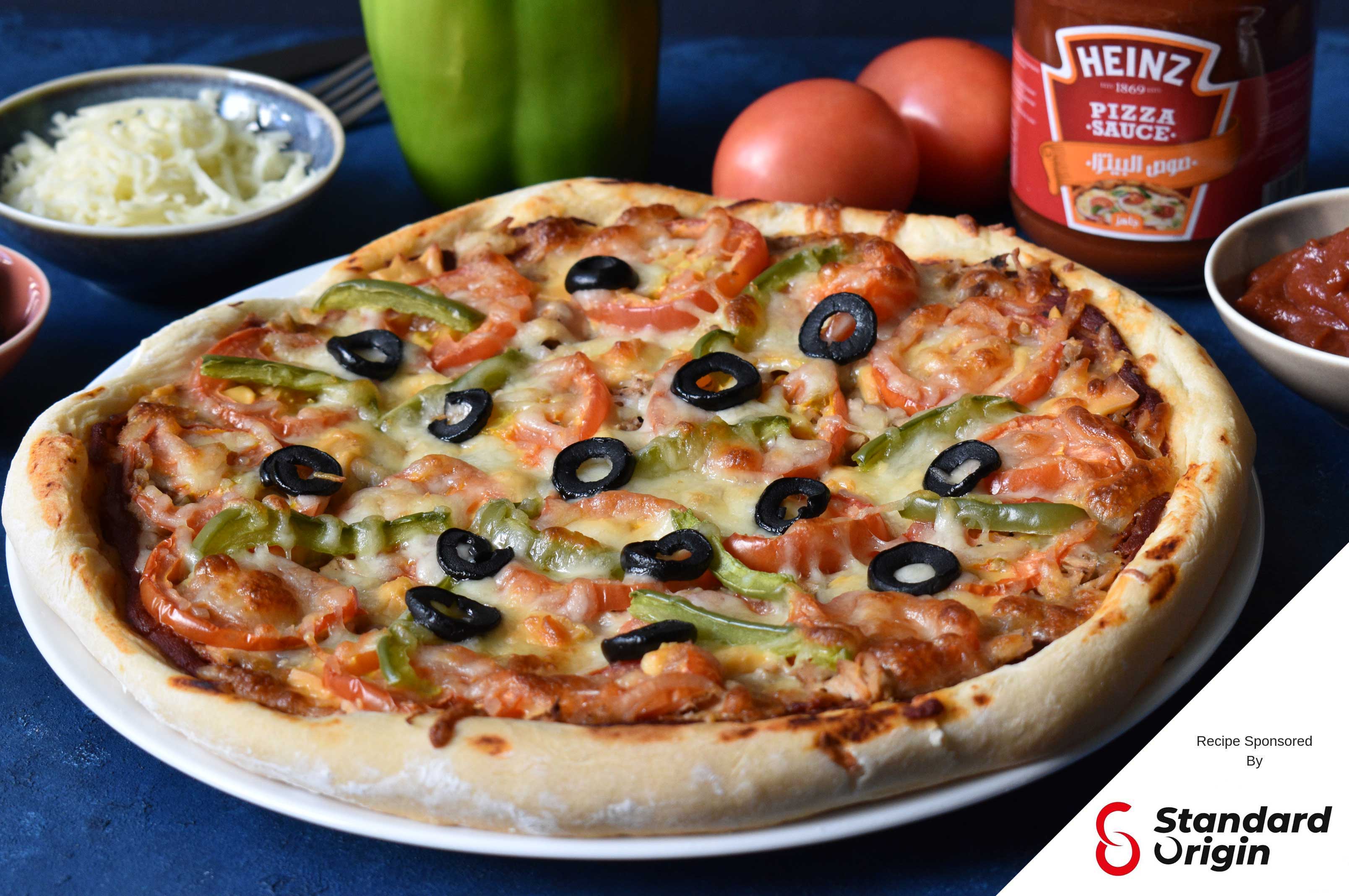 We are really happy to share our first ever pizza recipe with you!

We’ve actually received quite a lot of requests for both pizza dough and pizza topping recipes over the last few years, and somehow we’ve just not been able to come up with one that we liked enough to share with you guys until now.

Below you’ll find instructions for making the dough from scratch. It might sound like a lot of work to you if you’ve never done it before, but pizza dough actually requires just a handful of ingredients, a bit of kneading and some time for proofing. Also it’s really so much tastier than the premade ones you can get from the stores.

As for the topping, since this is the first time we are doing a pizza recipe we thought we’ll go a bit Maldivian on it, with some canned tuna, onion, and scotch bonnet, along with tomatoes, bell peppers and a whole lot of cheese. 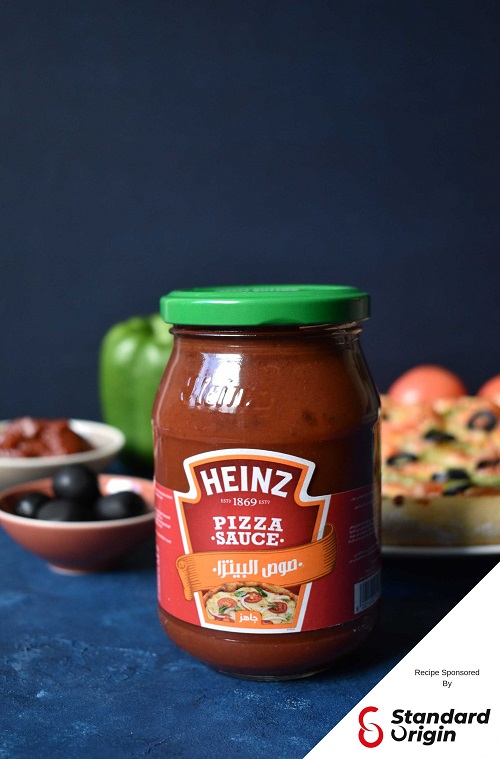 And as for the pizza sauce, we used the very yummy Heinz Pizza Sauce, which we got from one of our partners S&O (Standard & Origin). Heinz Pizza Sauce is tangy, slightly sweet and comes with hints of onion, parsley and basil. We thought it worked really well with the tuna. 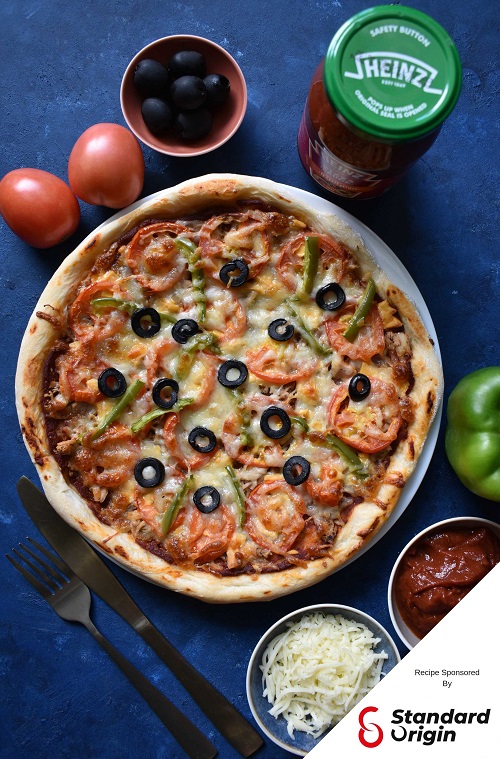 Ingredients for the dough:

Ingredients for the topping: