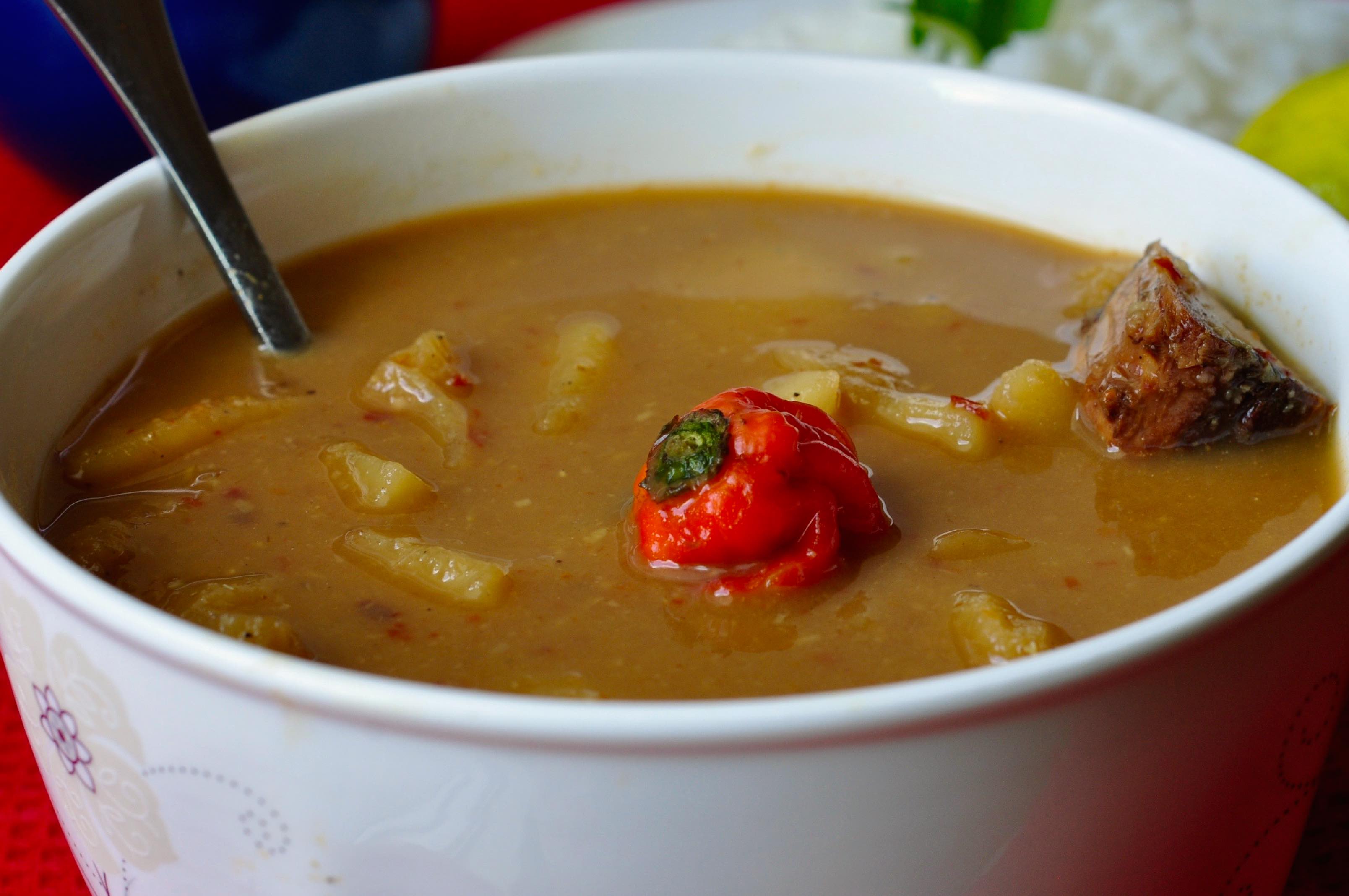 We keep seeing breadfruits at the local market these days and after much contemplation about what we were going to make from it, we decided on Bambukeyo Sanneti.

We have to say upfront that our Bambukeyo Sanneti experiences are quite limited. For the few of us who have had it in the past, it’s a hazy memory lodged somewhere amidst the childhood ones.

Lucky for us, we found a Bambukeyo Sanneti recipe on Amin Didi’s Karuna Aai Nulaa Kekkun. We also found someone who still makes it and she generously helped us out with tweaks and things like that.

Reading Amin’s recipe, we were intrigued because a lot of things that we usually put into this sort of thing, such as githeyo mirus and curry leaves were missing on the ingredient list. But still, our version below is largely based on his, and it turned out pretty delicious.

Those of you who are into eating fiery hot dishes; you’ll have to add more chillies, because ours is in the mild to medium heat range. We also added a tad bit of coconut milk to give it a hint of creaminess, but you can leave it out if you want to.