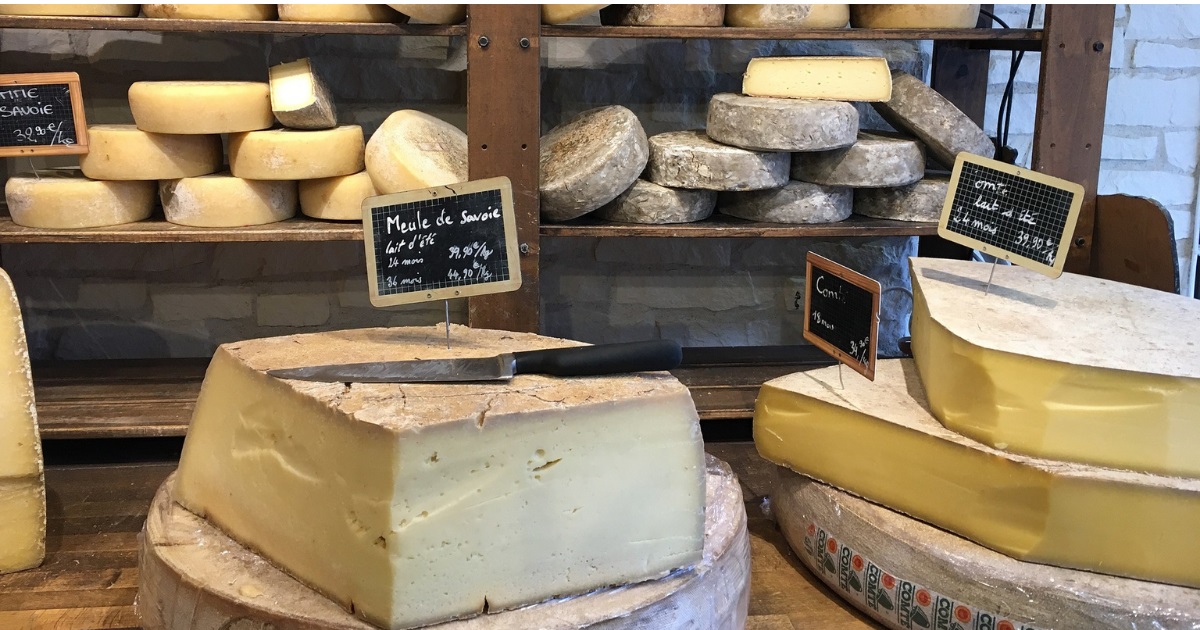 It was one of those fortuitous accidents in history. Milk stored in a sheep’s stomach was curdled by an enzyme in the lining, the speculation goes, or acidic juice or salt sprinkled on milk caused the same reaction. Either way, on one glorious day, cheese was discovered. 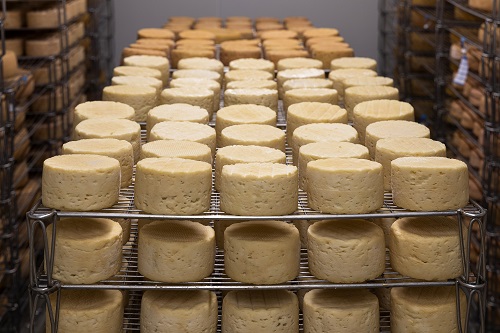 Cheese dates back to the earliest civilisations in the Fertile Crescent and the Mediterranean. The ancient Egyptian enjoyed nibbling it but it was first mass-produced by the Romans, whose soldiers spread it across Europe. Roman varieties then blended with local methods of cheese making.

In the modern day, the heirs of the Romans still follow the centuries-old recipe to create the uniquely Italian and umami-rich Pecorino-Romano and Parmigiano-Reggiano. Both have Protected Designation of Origin status and production is only allowed in designated areas with strict standards. 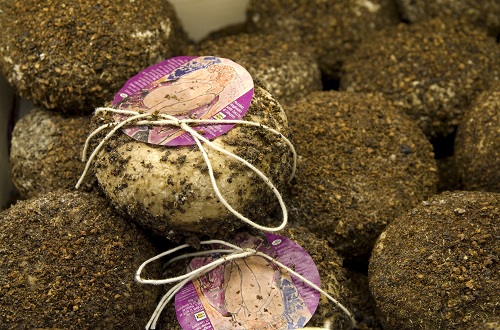 Pecorino Romano is only made in Lazio, Tuscany and Sardinia. Fermented from sheep’s milk, its smoky tangy flavour is the result of several rounds of dry-salting and months of ageing. Its granular texture and sharp salty flavour makes Pecorino Romano great for eating on its own or grating over pastas and salads. 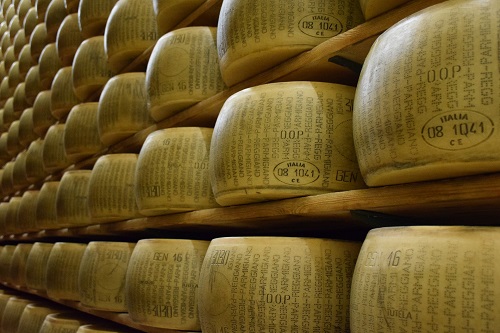 Hailed as the king of cheeses, Parmigiano-Reggiano is made from cow’s milk. It’s only produced in Lombardy and the Emilia-Romagna region (Parma). In addition to unparalleled taste, the pureness of the ingredients makes parmesan one of the healthiest cheeses around.

The milk comes from grass-fed cows and contains no antibiotics or growth hormones and it’s used in less than 20 hours. Salt and rennet (enzyme from calf intestine) are the only other ingredients added.

With many imitations around, the production of Parmigiano-Reggiano is heavily regulated, although outside the EU, the name "Parmesan" can be legally used for similar cheeses. There are many versions produced in the US. It’s also produced in South America with as many names (Parmigiana, Parmesana). These of course, don’t compare favourably to the real thing.

If you want to make authentic Italian food, make sure you get the original cheese. The original Parmigiano-Reggiano has its name embossed all over the rind. 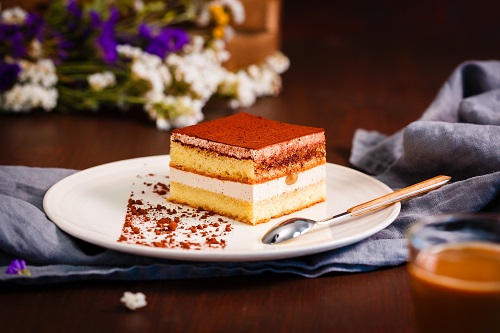 Mascarpone is another Italian cheese we love. While it looks similar to the American cream cheese, mascarpone is richer and has a velvety texture. Both are acid-set but mascarpone contains more butterfat making it creamier.

Whether you pronounce it with a ‘t’ or not, we all love the stretchy, gooey goodness of mozzarella. Can you even call it a pizza if it’s made without it? Fresh mozzarella is great paired with tomatoes and balsamic vinegar. Its bland flavour also makes it ideal for desserts and sweet pastries. 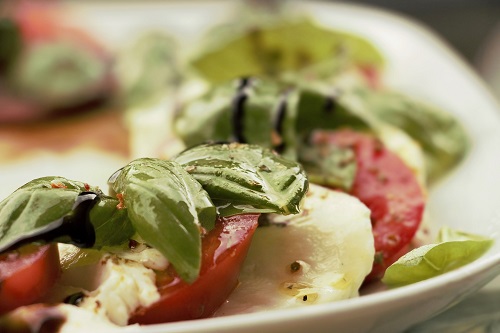 Traditional Mozzarella cheese is made from milk of water buffalos. An Italian Traditional Specialty Guaranteed product, Mozzarella di Bufala is not aged like most cheeses. It’s also eaten fresh within a few hours.

Most of the Mozzarella cheeses available now are made from cow's milk. Mozzarella Fior di Latte is produced from fresh, pasteurised or unpasteurised cow milk, while low-moisture mozzarella is made from whole or part skimmed milk. It’s the kind that’s usually used to make pizza. Mozzarella Affumicata is a smoked variety.

If gooey is what you’re looking for, young cheeses are the meltiest. Gruyere is also great for sauces and fondue.

Speaking of melted cheese, cheddar goes with everything from burgers and pies and quiches. You can pair it with apples, pears and grapes for your charcuterie board. Back in the day, it was only made in England. Cheddar is smooth when it’s young. When properly cured, it has a slightly crumbly texture and a sharper taste. Its colour ranges from white to pale yellow although some brands have yellow colouring added. 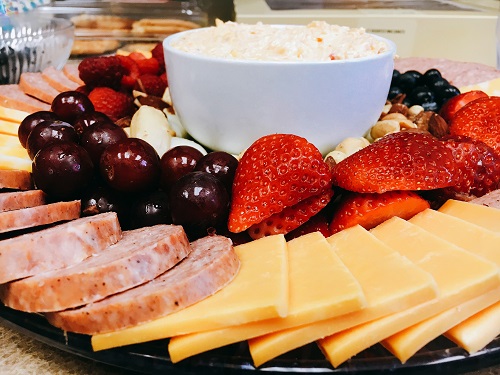 Joseph Harding, the "father of Cheddar cheese,” described the ideal quality of original Somerset Cheddar as "close and firm in texture, mellow in character or quality, rich with a tendency to melt in the mouth and has full and fine flavour somewhat like hazelnut.”

Anything short of that should be thrown out. Better yet, don’t buy bad cheese at all. 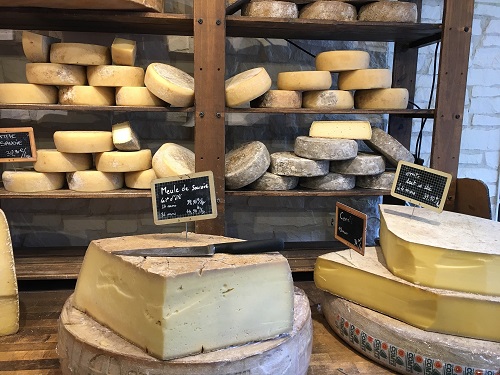 And when you buy good cheese, make sure you don’t end up throwing half of it out. Cheeses contain living organisms and so air circulation is important, but don’t let it dry out either. Soft cheeses like to be loosely wrapped with waxed or greaseproof paper, but not cling film. Hard, semi-hard and semi-soft cheeses should be stored in temperatures around 8 to13 degrees Celsius. Take your cheese out of the fridge about one and a half hours before serving to allow the flavour and aroma to develop.

Cheese shouldn’t be stored with other strong-smelling food as they absorb other aromas and cause spoilage. Aromatic cheeses like blue cheese should be tightly wrapped to prevent the spread of mould spores to other cheeses and food.

Cheese is a many-splendored thing. There are many options for vegans and the lactose-intolerant as well. With thousands of varieties around, there’s something for everyone.