Masala Bliss at the Bombay Darbaar 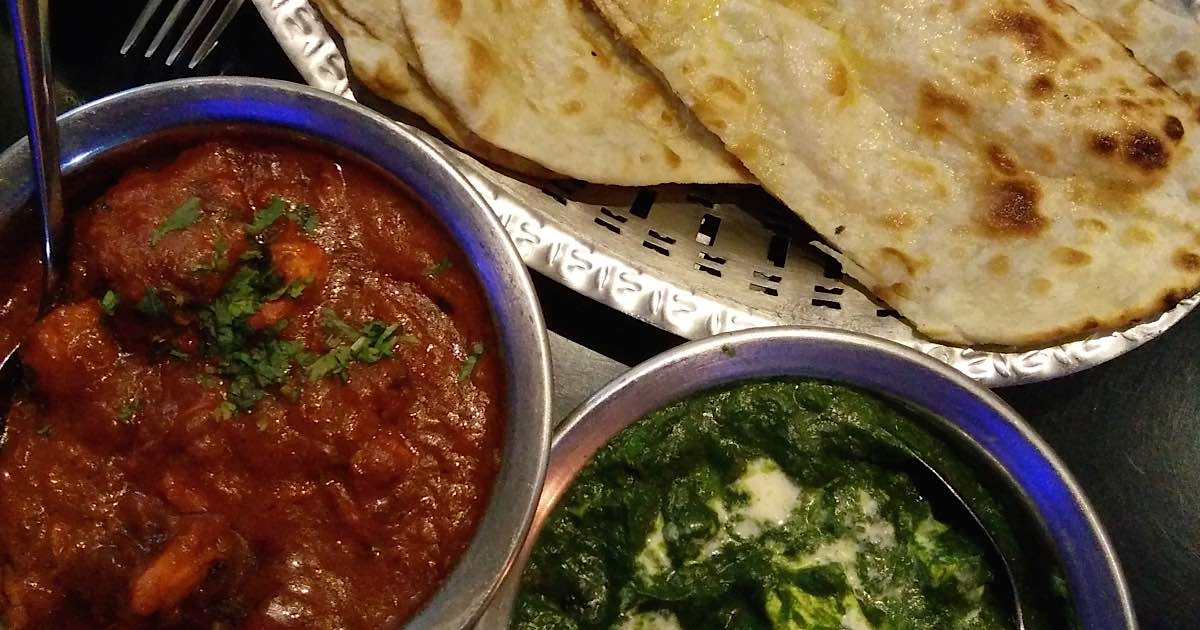 We finally managed to drop by one of Hulhumale’s Indian joints Bombay Darbaar. The place gets some raving reviews, but what really got us there is our Indian friends, because when an Indian says an Indian restaurant is top notch, that’s something to take seriously.

We got there around eight thirty and it looked like it was dinnertime for many. There was an unoccupied table at the regular section of the restaurant and we quickly took it. We say regular section because there’s also a family section with air-conditioning.

Our seat was right next to their fish tank and the fish tank was one of the many things around that made up Bombay Darbaar’s maximalist décor. The walls looked like they had a woven or thatched like texture because two shades of brown, a darker one and a lighter one looked like they were interweaving. The walls were decorated with arches, of a pinkish or maybe even a purplish colour, and decorating the arches were some faux flowers. With the sort of light they had there, naming colours with certainty turned out to be not that easy. But the family section, which had much more light than the section we were seated at, definitely was painted blue.

Our waiter was swift, friendly too, and we were very pleased about it. He brought us the menu and browsing through took some time, as there were lots on it. Kormas, roganjoshs, masalas, biryanis, naans; if you can name an Indian dish, there’s a high probability that it’s going to be somewhere in there. We did find some non Indian options too, like their extensive selection of pizzas, a Thai pineapple rice, singapuri noodles, a tom yam soup, just to name a few. Also, they’ve got a remarkable number of veg options, something still rare here in Male’.

Browsing through the menu also confirmed what we have already been warned about. The prices, yes, they really are on the higher spectrum compared to the other dining options around. There were two of us, and cautiously, as to not torment our wallets too much, we ordered two black teas, a chicken tikka masala, three butter naans and a palak paneer.

It actually didn’t take that long for the food to arrive. First up, the naan. Sometimes when you order naan in Male’, you get a piece of chewy barely cooked dough. But that’s not the case here, the naan was good, cooked well and generously buttered.

And as for the chicken tikka masala, that was total bliss. Really. It wasn’t the usual chicken pieces in a tomato kind of sauce kind of thing. The chicken was perfectly juicy and the sauce had actual depth. The flavours work your tongue in actual layers. It had that very desirable smoky tone too.

As for the palak paneer, it had a good amount of cheese, the spinach flavour was strong, but we didn’t really get that much of Indian spices in there. Overall it was good but we ended up eating more of the tikka masala because that was just too superb.

The menu did have some dessert options as well. We did contemplate on sharing a falooda or a gulab jamun portion. But in the end we decided to leave those for another time since we were already satisfied and as we’ve said before we trying to go easy on our wallets.

The bill amounted to something around MVR400. To be honest, considering the quality of the food we had, we thought it was fair enough. Also, if we hadn’t ordered the paneer dish that we didn’t eat as much, we could have shaved a hundred off it and the meal would still have been wonderful.

So if you are thinking of heading to the Bombay Darbaar, which at this point we strongly urge you to do, take some more friends so that you can share more dishes and also, call ahead to make reservations as the place really packs up.