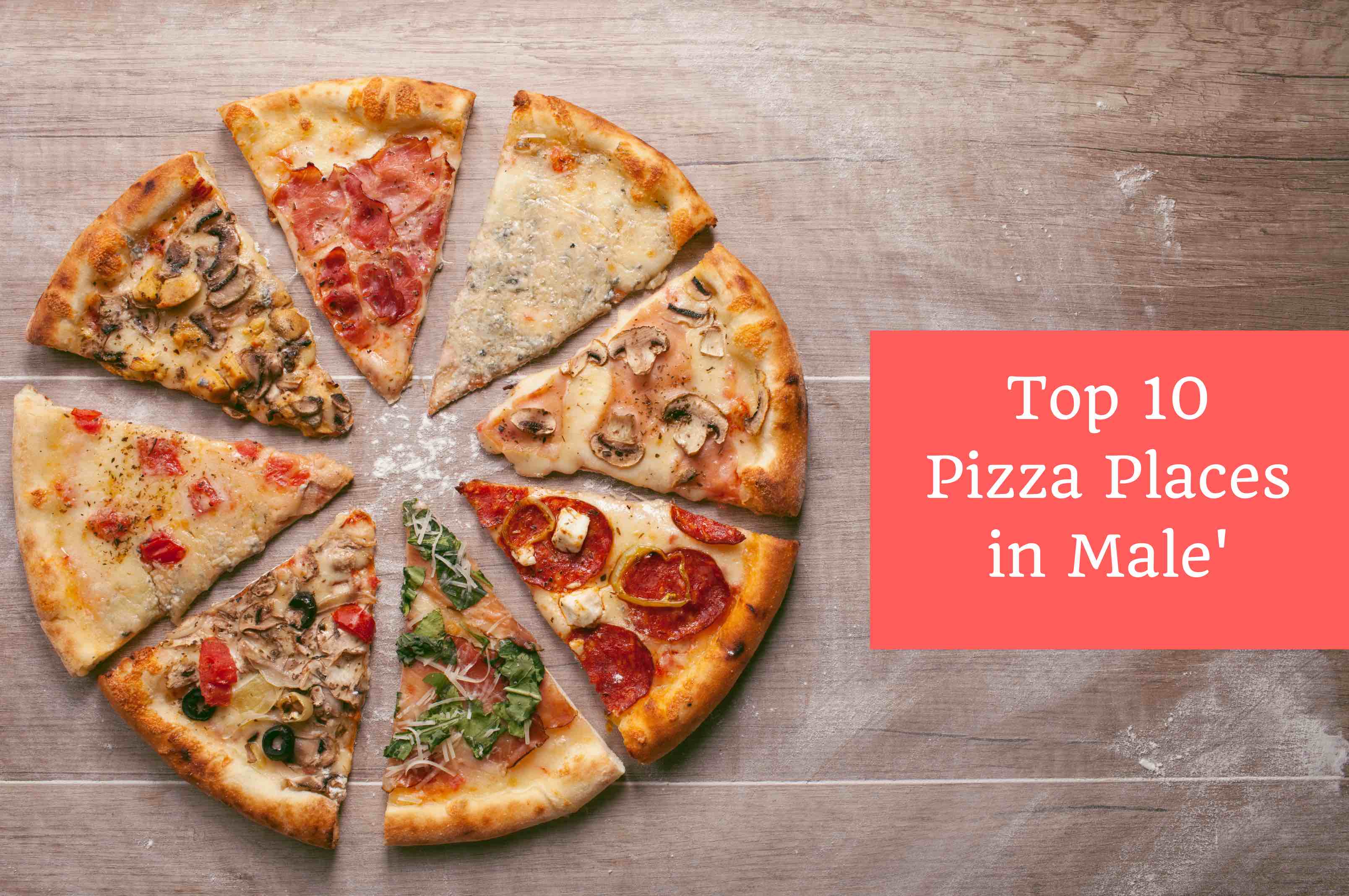 We are very excited to announce the results of the first ever Lonumedhu Readers’ Pick.

In case this is the first time you are hearing about this, we asked our readers to vote for their favourite pizza place in Male’. If you are reading this and are not from here, Male’ is the tiny, hectic capital of Maldives, and below are the top 10 places to enjoy a slice in Male’, as decided by our readers.

Coming in at number 10 is Wood Apple Restaurant. It’s not entirely a pizza place per se but a restaurant, one that’s been around for quite a while actually. They are also one of the earliest players of the Maldivian pizza business and while you can find most of the Maldivian pizza favourites such as tandoori chicken, chicken Hawaiian and Valhomas (smoked tuna) pizza there, we’ve heard some really good things about their meatball spaghetti too.

According to their website, Stone Oven is the first in Male’ to serve pizzas baked in classic masonry ovens. It also says their pizza dough is freshly handmade. There are around 13 pizza varieties on their menu including a sweet number, Choco Marshmallow, which includes marshmallows, cashew nuts, peanut butter and Nutella.

Coming in at number 8 is Green Bell Restaurant and they are probably most known for making cheese crust pizzas. There’s also a sausage crust option available. In addition to serving and delivering pizzas, they also do submarines, burgers and other meals.

It’s been just a little while since the Pizza Hut franchise landed in Male’, and sometimes the queues seem never ending. The Pizza Hut is known as the home of the original pan pizza. And for anyone wondering, pan pizza means the pizza is made in a pan and it’s a bit oilier and thicker. Of course, other types of crusts are also available.

Pizza Mania is a relative newcomer to the pizza scene here in Male’. Nevertheless they’ve managed to garner quite a following. Freshly baked for order, that’s what they advertise. We think their Chilli Chicken Pizza sounds pretty interesting, and also, they have lasagne and submarines.

If you ask us, there’s nothing like Pizza Mia’s Pizza Mia. Although their menu has the local favourites such as the valhomas pizza under the heading Preferite De Male’, they’ve got quite an impressive list of traditional Italian pizzas. They’ve got a cool pasta selection as well, in addition to homemade soups.

The Olive Garden started off as quite a small restaurant that served pizza among other things. Now they’ve expanded to occupy a large area that somehow seems to be always packed with coffee drinkers. They’ve got a rather large selection of pizzas including an intriguing Rehi (silver sprat) Pizza and an Egg Pizza.

Shell Beans has been around for a long, long time. As you might already know, they’ve rebranded and over the years made some big changes to their menu. The current menu has a Pizza Corner with a handful of options but as it appears they currently only deliver pizzas to locations in Hulhumale’.

One of the newer additions to Male’s pizza scene, La Vera Pizzeria has gained quite a bit of popularity during a really short period of time. In addition to the pizzas, and yes crust options are available, they’ve got a burger selection as well as a side dish selection. Also, all their pizzas come with complementary chilli flake packets.

Taking the top place in our pizza list is the popular Pizza Buona. They boast over 35 pizza varieties and yes, all of them come with a sachet of their signature chilli oil. Getting the oil onto the pizza is often a messy business, but with that being said, the oil is rather tasty with a nice githeyo mirus type kick. In addition to their pizzas, their submarines seem to be quite popular as well.