Marie is a young woman with a serious sweet tooth and her desserts are gaining traction on social media (check out her Instagram at cakencream.mv). She’s 31, a mother of two, and her family owns Seera, a household name for takeaways. Marie’s forte is cakes but what drew me to her is her baklava, the Turkish sweet, something we talk about quite a bit during the interview. What’s really impressive about her is her love for the craft, her desire to experiment and that she’s self-taught. Read on.

Lonumedhu: Tell us how it all started. How did you get into the food business?

Marie: I grew up in the business to be honest. Seera is run by our family, which my parents started when I was in grade one.

Lonumedhu: Ah, right. Is that when you were drawn to food?

Marie: No not really, I was more into art, and I actually painted some book-covers last year. What happened was I got married right after finishing A-Levels in 2005. And I didn’t feel like working at an office or anything. Seera was an income source for me so I didn’t really have to work. But then I got a bit bored staying at home. That’s how I started making desserts.

Lonumedhu: Boredom does good things for some.

Marie: Yeah, I wanted to experiment. I think I got that from my dad, he’s pretty innovative. He’d make new sauces and things. I wanted to make cheesecake, which was pretty rare at the time.

Lonumedhu: That would be around the mid-2000s?

Marie: Yeah, you’d be hard pressed to find cheesecakes at cafes those days. It’s one of my favourite desserts, so I researched it. It was pretty hard getting the ingredients, though, back then. Finding things like cream cheese was a total nightmare.

Lonumedhu: How did you research? Did you get any cookbooks?

Marie: I used the internet mostly. I’m a self-taught baker, and I tried quite a few recipes before I came up with my own version of cheesecake. And it became a big hit; you can still get my cheesecakes at Seera.

Lonumedhu: That’s pretty awesome, I’ll have a taste sometime. What did you do next?

Marie: I got really serious about baking, and I took a couple of courses with Nashee, a beginner’s course and an intermediate course.

Marie: Yeah, I learned the basics. Actually, I knew the basics from my mum but cake decoration is an entirely different skill. So yeah, I’d say they were pretty useful. I made cakes, and also tarts, which I learnt to make on my own. Lots of desserts really.

Marie: And recently I started getting into Middle Eastern cuisine. I got a taste of it in Malaysia, and I really loved Mandi rice. And I heard that baklava was a really good dessert. So, I was really curious.

Lonumedhu: You’d never had baklavas before?

Marie: No, it’s strange because I’ve been to Saudi a few times, you’d get stuff like that in the region.

Lonumedhu: I think it’s of Turkish origin. But yeah, I guess you’d probably find them everywhere in the Middle East.

Marie: Yeah, I think it’s all around the Middle East isn’t it? But maybe not very authentic.

Lonumedhu: Yeah, there’s this dessert place in Istanbul called Karakoy Gulluoglu. They’re famous for their baklava; you get huge queues there. And I think your baklava fares very well in comparison. I was very impressed.

Marie: [laughs] Thank you. I had a Turkish girl tell me good things about my baklava too, and that made me very happy.

Lonumedhu: Is it easy to source ingredients?

Marie: No, it’s really difficult to get hold of pastry. Pistachios aren’t hard to get but they’re expensive. Right now, I’m trying to get ingredients from abroad. I’m bringing in samples, they’ll probably be here next week. I think there’s a lot of potential for growth here.

Lonumedhu: Yeah. Speaking of growth, what do you think of the food culture in Male’? Do you think we’ll ever grow up and venture beyond our comfort zone?

Marie: I think the young generation is definitely more adventurous. They’re very open to new things. Most Maldivians, though, are very conservative, they only want to experience things they’re familiar with.

Lonumedhu: Yeah. I can’t imagine my parents eating anything beyond Indian and Thai. So, what would you like to see happen here, food-wise?

Marie: I’d like to have an outlet dedicated to desserts. Sweets of all sorts. I’m actually surprised we don’t have one at the moment. It’s something I’m working on.

Lonumedhu: Sweet. Thanks a lot Marie and good luck with all your endeavours. 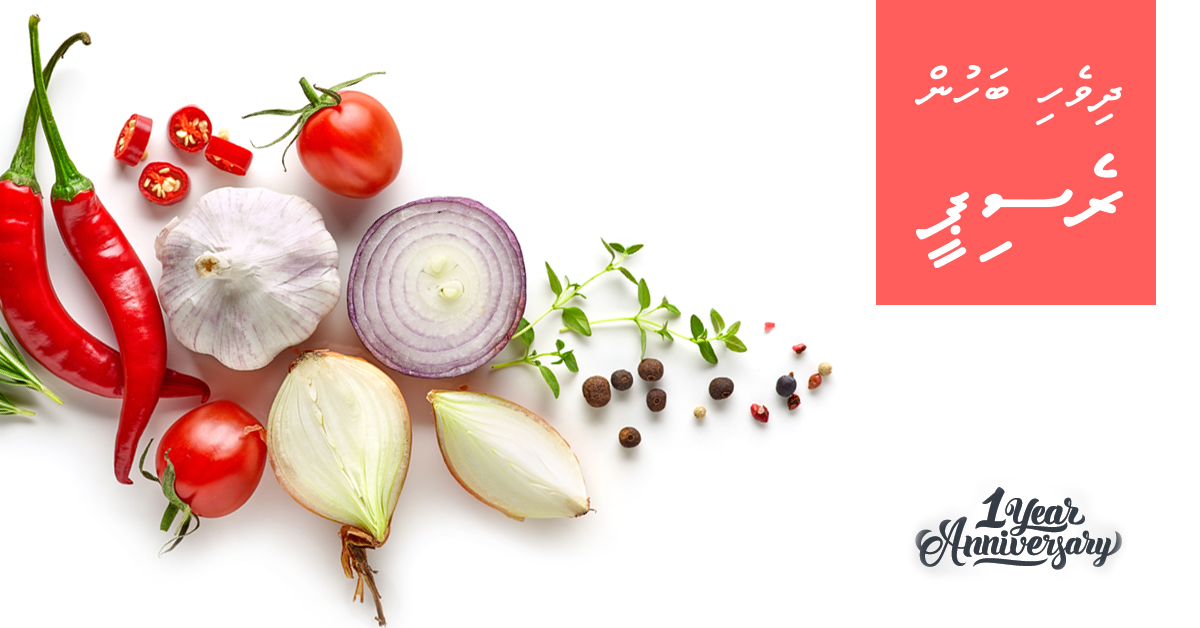