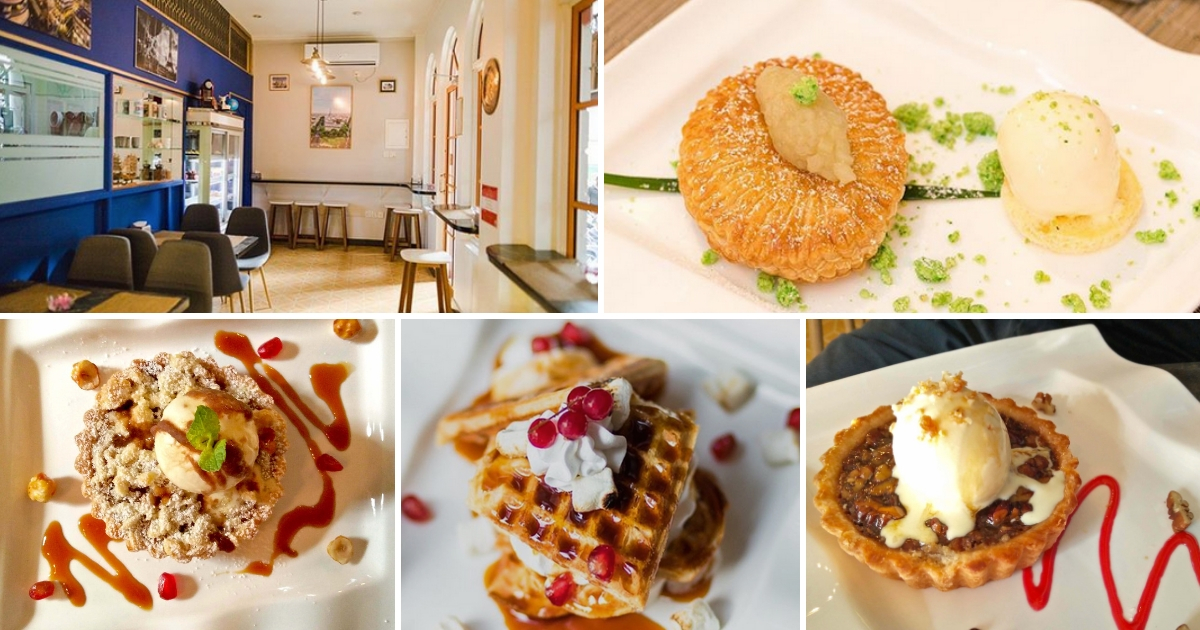 This cute little bistro on Bodufenvalhuge’s premises is a newbie, but don’t let that fool you – the owner, Salman Mustafa Hussain, is no stranger to the biz. Previously, he ran Dhivehi Malaafaiy, an early populariser of shisha and home to true Maldivian treats like kandu kukulhu, mas baiy and musamma.

Now, though, he’s back with this French inspired outlet. It’s cosy, favours bright colours and a lovely fresh baked aroma hangs in the air. 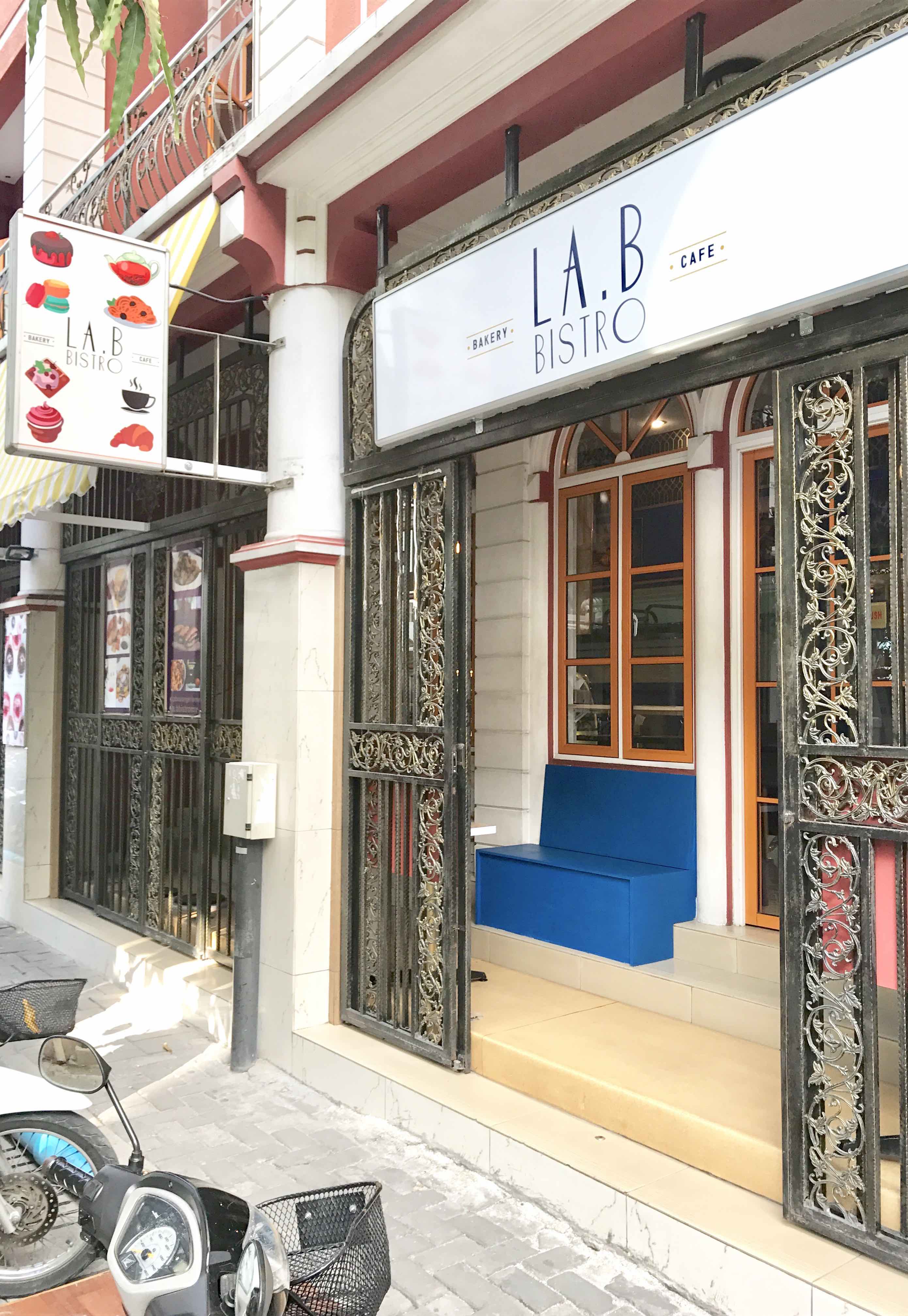 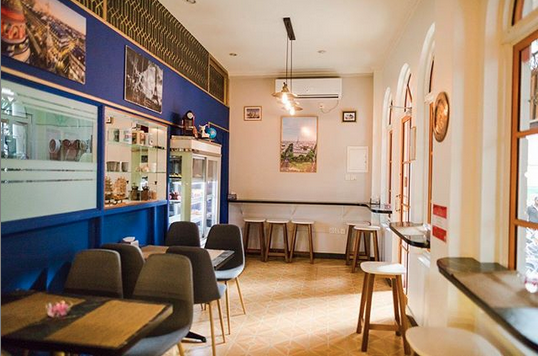 “We started out as a small bakery,” says Salman. “But it sort of grew into this bistro. I wanted it to be like a slice of Europe. My family on my mother’s side are bakers, so I wanted to draw on that.”

Salman’s maternal family is from Switzerland’s capital Bern, near the Emmental valley, home to the eponymous Swiss cheese.

As he talks, Salman brews us some chamomile tea. “Do you want some mint?” he asks. “It’s fresh from our garden.” How can we refuse? 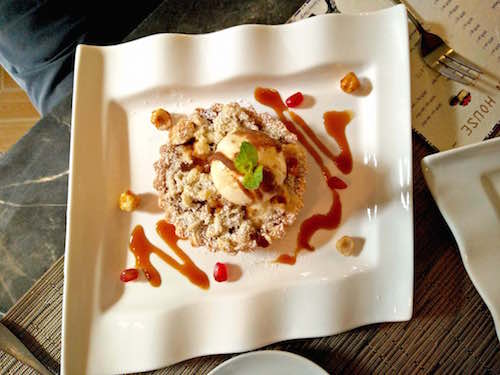 While the tea steeps, Salman brings us an apple crumble tart.

“Us Maldivians have a real sweet tooth,” he says. “I’m trying to get people to explore proper sweet pastries.”

We try out the tart. It is sweet, moderately, with just enough stewed apple, and the base is deliciously firm, crumbling like a biscuit in our mouths.

“Baking is no easy feat,” Salman explains. “If you want to do it properly, you’ll find it takes a lot of precision. You need a lot of practise.”

A hospitality graduate, Salman is understandably picky when it comes to hiring baking staff, but he believes he’s made a great discovery in Jabir Moosa, the bistro’s pastry chef.

“There’s a reason why I say he’s at the top,” Salman confides. “He’s worked for over 25 years with top brands like the Four Seasons, the Ritz Carlton, locally and internationally. And Jabir trained under Gregoire Michaud who runs Bakehouse in Hong Kong.”

Michaud is a world-renowned baker from Switzerland. Bakehouse, his bakery-café on Tai Wong Street East, is making big waves in the tiny city’s food scene. 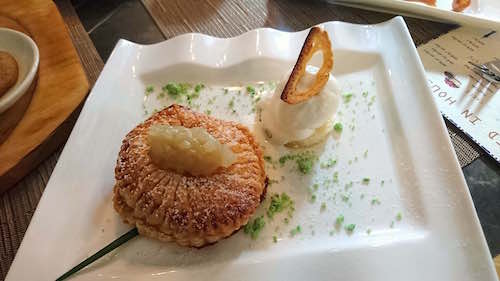 “Now, let’s try something experimental,” says Salman and Jabir brings over something curious: it’s a pastry but with bambukeyo bondibaiy filling, served with a scoop of coconut ice cream and bright green sprinkles of something totally unexpected: raambaa.

“The coconut ice cream is a substitute for coconut milk, which you have with the bondibaiy traditionally,” says Salman.

We take a smidge of cream with our pastry, scattering raambaa sprinkles on top. And through the raambaa dappled curtain of sugary bondibaiy peeks the sultry face of jasmine water, lending it a peculiar Maldivian dimension, drawing you back to the days when your maama made huvandhumaa sai. This is a latter-day classic that needs to be embraced by all and sundry and we tell Salman as much.

“I’m so glad you like it,” he beams. “I want to serve high-tea here, properly, with canapes and pastries and of course, good tea. It’ll hopefully make people avoid hedhikaa in the afternoon, at least a few times a week.”

Salman thinks pastry is grossly overpriced in Male’. At La Boulangerie, he wants you to enjoy beautiful baked goods and not have you pay through your nose.

“Let’s just be reasonable,” he says. “We want everybody to be able to enjoy good pastry. It’s not something for the well-off only.

With items priced under 100 MVR, this bistro is definitely worth your money. And we can’t recommend the bambukeyo bondibaiy puff enough. The helpings are generous so bring someone along with you.