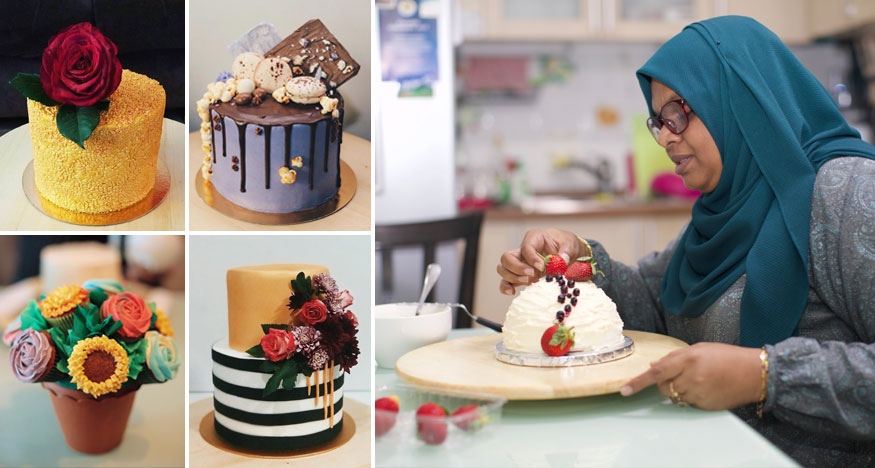 If I had to describe the scrummy delights whipped up by The Crumble Bake Shop in one word, I’d go with whimsical. If I can have some more words I’ll add in slightly fantastical with a hint of goth vibes. Head over to the home bakery’s social media pages and you’ll see what I mean. Cakes with dripping chocolate, cakes with chocolate shards on top, cakes with black and white stripes and roses; all of it coming together in a style that reminds me of Edward Scissorhands and Beetlejuice, some of my favourite works from film director Tim Burton. 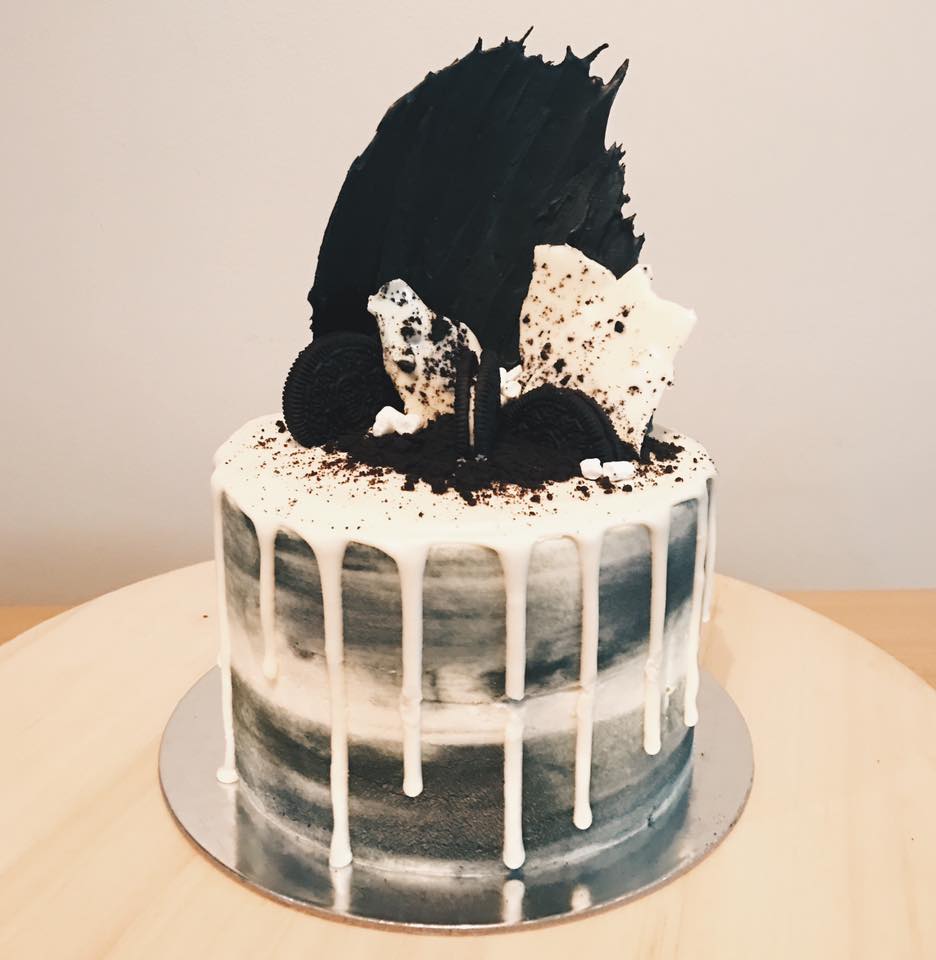 We caught up with Ainthu, the mind behind these fantastic creations and we talked about her first cake and how she got into baking among other things. She also told us about some new treats she’s planning to introduce soon. So read on to find out more. 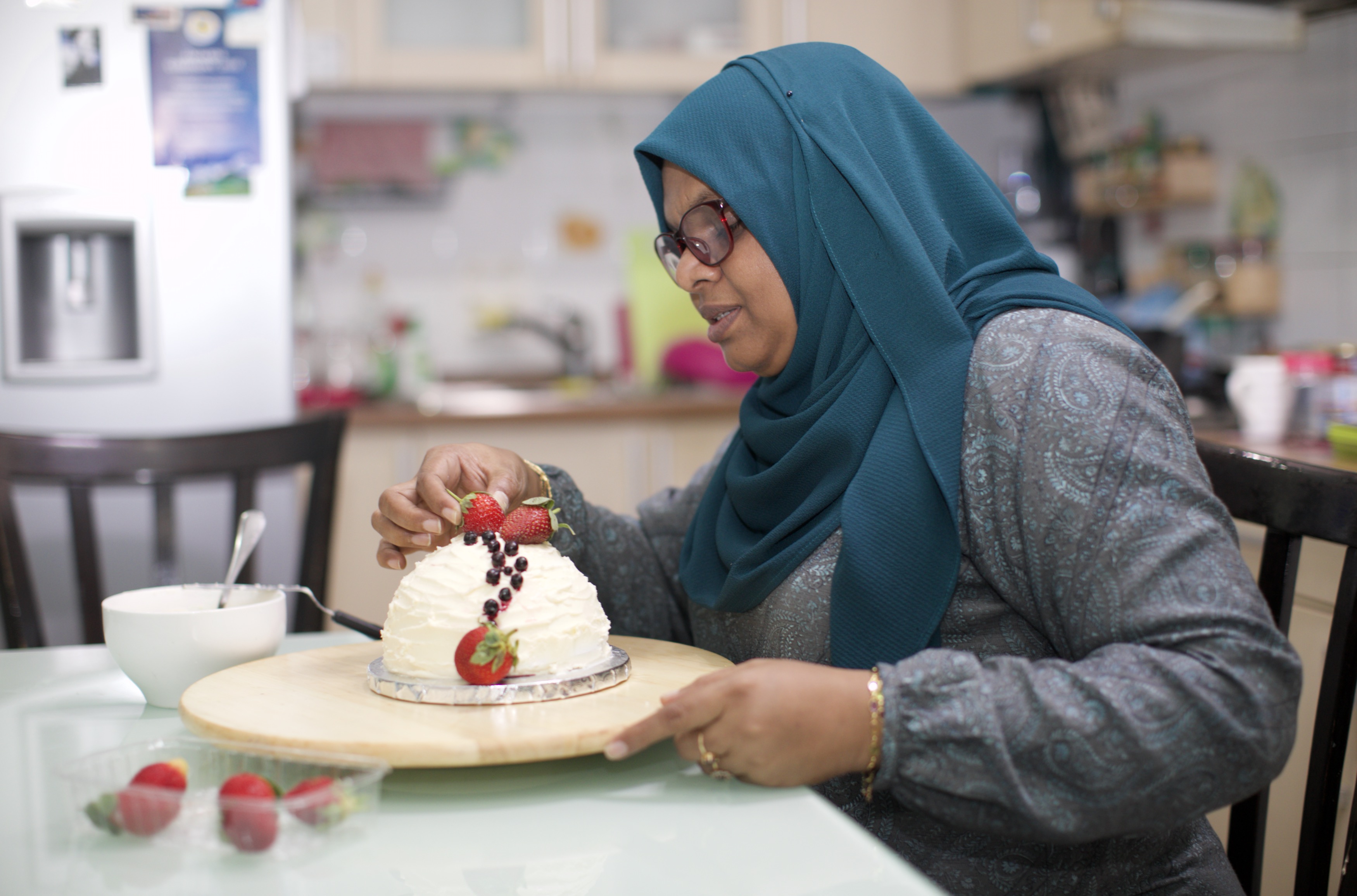 Lonumedhu: Lets start the interview by talking about your earliest memories of baking. I think our readers would like to know how it all began.

Ainthu: I developed an interest for cooking very early on, during my childhood. I’d often see my parents cook and that obviously piqued my curiosity, but there was also this cupcake that was quite popular at the time. It’s really delicious and just so good with a cup of black tea and I was eating that a lot back in those days. So my earliest baking interests were also tied to my love for this cupcake.

Lonumedhu: Tell us more about this cupcake. What’s in it?

Ainthu: It’s a really simple cake made with flour, eggs, sugar and baking powder. There’s no butter in it.

Lonumedhu: I don’t think I’ve ever had that cupcake, so I am feeling a bit curious about that. Do you still remember the first cake you baked?

Ainthu: I actually baked my first cake for my eldest daughter’s six-month celebration. I made a cake that looked like a sunflower. Before that I was of course cooking. If I see something interesting, I would always want to try making it.

Lonumedhu: So how did you go from baking your first cake to starting your own home baking business?

Ainthu: Actually after that first cake I made, I didn’t bake much for a really long time. I am a teacher by profession and in 2002 I took a break from teaching. During that time I completed a basic baking course from Wilton, which was again followed by a period during which I was cooking so much more than I was baking. It was actually just last year that I opened The Crumble Bake Shop. My eldest daughter kept pushing me to start a baking a business; she even setup the social media pages, and was being very insistent about it, so eventually I decided to do it.

Lonumedhu: How’s the business coming along?

Ainthu: Very good actually. And the feedback is quite good too. The only thing is, because I work alone, I can only take on a limited number of orders. In addition to my eldest daughter I have twins too, so I actually run the business during the free time I have after taking care of my family.

Lonumedhu: So what are the most popular items?

Ainthu: People really do seem to like drip cakes, especially the chocolate drip cakes. Butter cakes and chocolate cakes are also customer favourites, and last year on mother’s day, I introduced the cupcake bouquet and it was such a hit at the time; I kept receiving orders for that a lot. I think that’s because the cupcake bouquet is a bit different from what you would normally get from bakeshops. 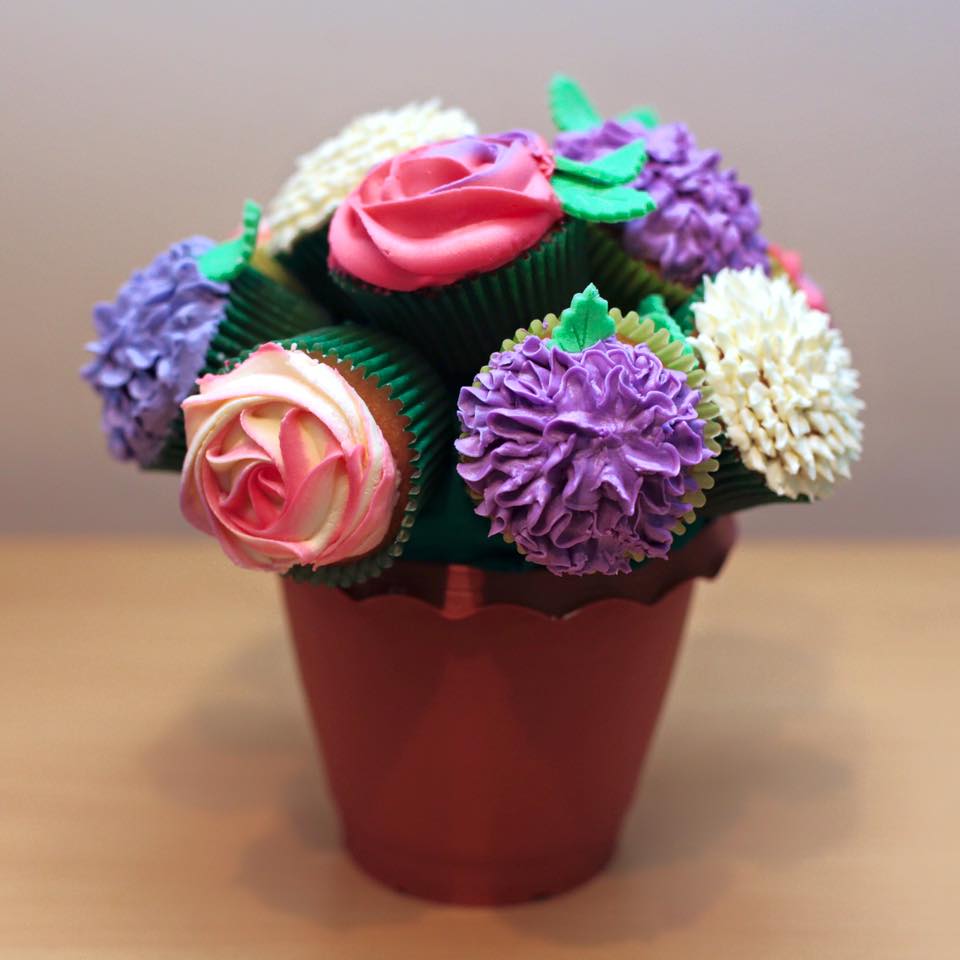 Lonumedhu: I think that’s a very cute mother’s day gift. What made you decide on the name The Crumble Bake Shop? It’s an interesting name.

Ainthu: The name was actually cooked up by my three daughters. They thought it was catchy and fun; and when you hear the word ‘crumble’ it immediately makes you think of treats like cakes and cookies, which is what our home bakery is all about.

Lonumedhu: So, where does your baking inspiration come from? I was browsing through your social media pages and I found all sorts of goodies on there, some look really intricate and creative as well.

Ainthu:  I don’t really have a particular person as an inspiration. As I said before, whenever I find something interesting I just attempt to replicate it. I do watch cooking shows though.

Lonumedhu: I see. I recently watched a cooking competition called The Final Table; I think you might like it. So, are you planning anything new for The Crumble Bake Shop?

Ainthu: Yes I do have a couple of items that I am planning to introduce soon. One of them is ‘naanakataa’ and it’s going to come in two flavours. It was quite recently that I started doing dessert tables and the naanakataa is actually for that. Another upcoming addition to the Crumble’s menu is cookies. I’ve been including cookies in my dessert tables, but I am planning to introduce cookie packs, so that people can enjoy them with tea. The cookies too will be available in two flavours; a chocolate one and another made with oats and nuts. 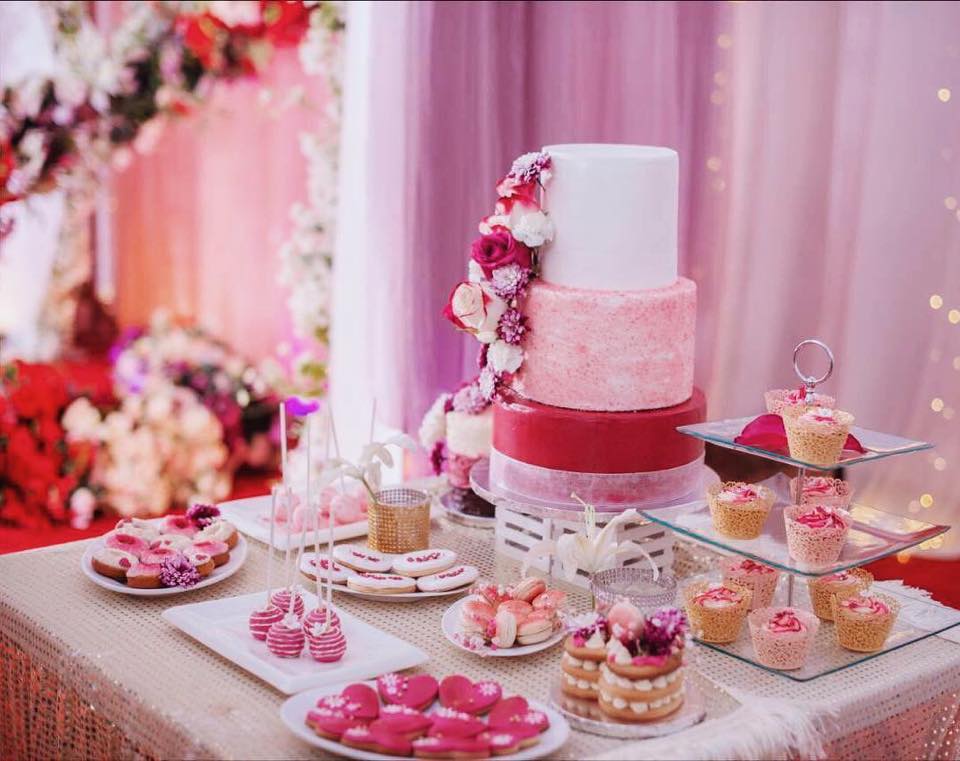 Lonumedhu: When whipping up the goodies for The Crumble Bake Shop, are there any ingredients you particularly prefer?

Ainthu: If it’s chocolate, even if it’s white, I always use Lindt. And for the cream I always use Nestle’. I use butter for all baked goods, but I have to switch between brands, as there are instances when the brand I was using becomes unavailable in the market. I actually try to keep my bakes as simple and affordable as possible because a lot of my customers are teenagers, often from grades 11 and 12.

Lonumedhu: We’ve reached the last question, and this is one we usually end up asking almost everyone we interview; if you are making something just for yourself from the Crumble’s menu, what would you make?

Ainthu: I think I am around them too much and see them too much, so I don’t really crave sweet things anymore. Plus my kids like cookies and scones and these sorts of things, so I’ll often see them either eating them or making them themselves.

Lonumedhu: Thanks so much Ainthu for taking the time to have this conversation with us; we wish you all the best and look forward to those upcoming cookies and ‘naanakataas.’