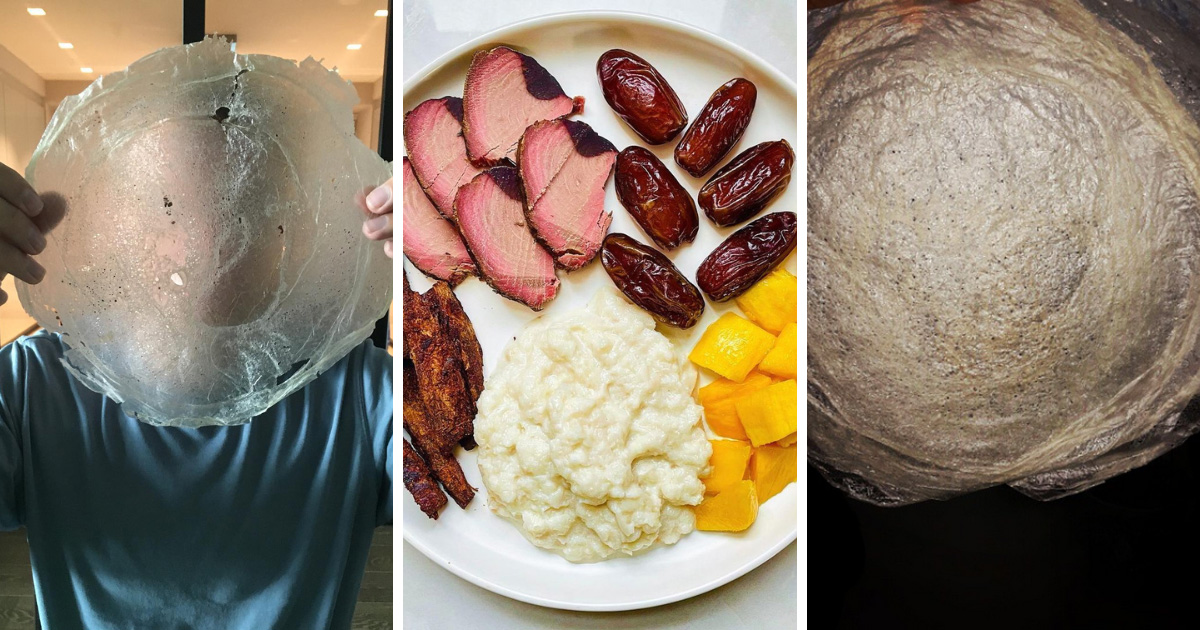 Made only in the island of Haa Dhaalu Kulhudhuffushi, haalu folhi is a thin and crispy crepe-like delicacy from the Maldives. 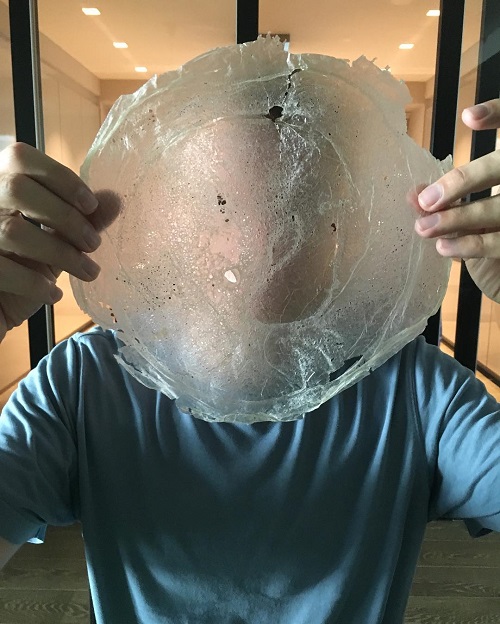 Legend has it that the haalu folhi was originally made by a poor, single mother in the island. With no other means to feed her children, she made these paper-thin crepes with whatever she had on hand. Her children loved the folhi so much, she began making it for her neighbours and friends, who also fell in love with the taste. Eventually, she started selling them to the island people, making enough money to support her family.

Many people believe the story to be true because of the name haalu folhi itself – “haalu” which roughly translates to “hardship” or “being in a state of helplessness” while “folhi” refers to the collective Dhivehi term for pancake and crepe-like foods.

The wok used to make haalu folhi is brought in from abroad but is “seasoned” before preparation. Coconut milk is left open in the wok until it turns to oil, after which it is heated for days to get the correct surface texture for frying the folhi.

The folhi is made with water, ground rice, sugar, egg, and coconut oil. The rice is soaked in water overnight and ground to a fine powder, which is then mixed with water and sugar to make a batter. The eggs and oil are mixed separately, and the resulting mixture is called theyobis (meaning “oily eggs” in Dhivehi). 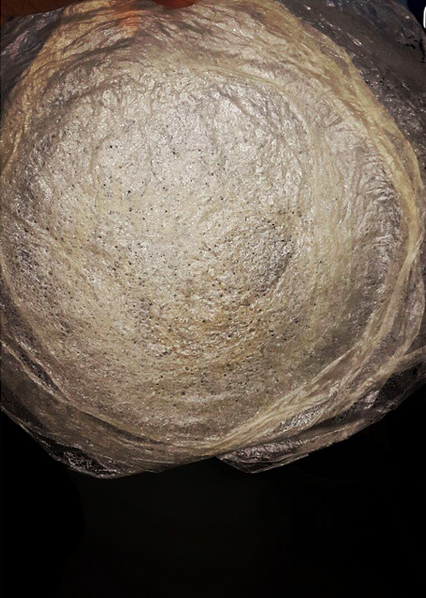 Now, on to making the haalu folhi. First goes in the theyobis or the oil-egg mixture. The theyobis prevents the rice-sugar mixture – which is added next – from sticking to the work. The batter is tilted around the wok until it coats the entire surface. Once baked, the haalu folhi is transferred onto a sheet and left out in the sun to dry. This technique makes the folhi smooth and crispy and is the reason why it has such a long shelf-life – haalu folhi rarely goes bad!

Traditionally, special wood fire “stove ovens” were used to make the folhi. Nowadays, it is made on more modern, cement-overlaid fire pits.

In tune with its origins, – a mother’s love – it is common for Kulhudhuffushi parents to gift their children with haalu folhi whenever they travel from the island to the capital city of Maldives, Male’. 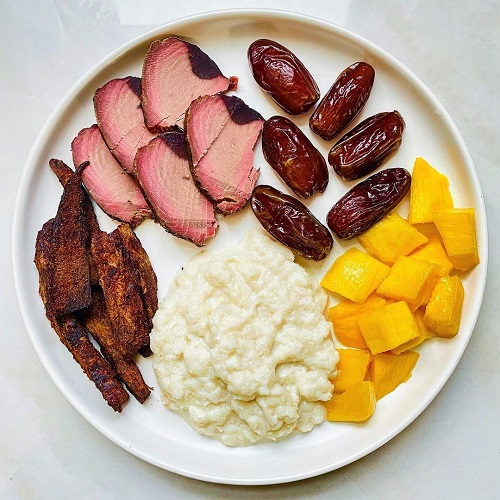 Haalu folhi is best eaten dipped in sweetened coconut milk or coconut cream, although it can be enjoyed with just about anything from rihaakuru (Maldivian fish paste) to dhiyaa hakuru (Maldivian coconut honey).