GG’s Kitchen and the revolution | Lonumedhu
Skip to main content

GG’s Kitchen and the revolution 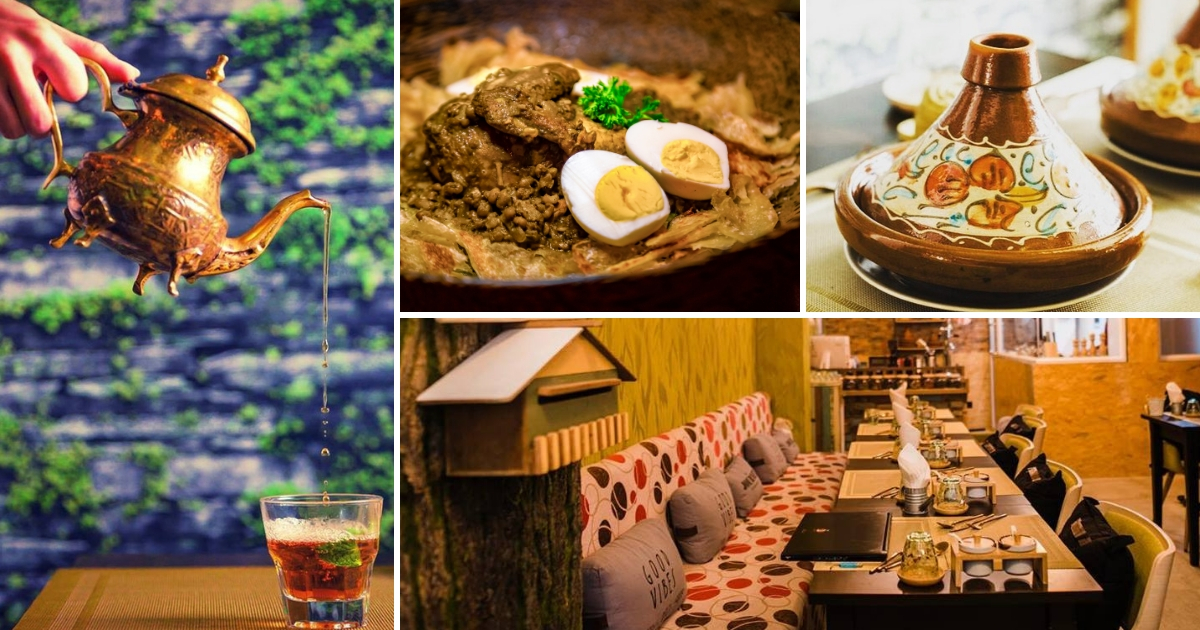 He mentions a few places that he thinks are on a similar trajectory to GG’s: fellow Hulhumale sushi bar Oishii, Blood Orange and the Goat Fish Café & Bistro. Like them, GG’s Kitchen, led by an all-Maldivian team, is part of this ‘revolution’, purposely moving out of the nation’s culinary comfort zone.

In the soothing interior of the restaurant, with its nature-inspired aesthetic and gentle Arabic instrumentals, Masthooq brews us some tea. The service here is first-rate, as TripAdvisor reviews have said. Though not advertised as such, GG’s can easily be a fine dining outlet. Masthooq cut his teeth in hospitality as a butler and if there’s one thing the budding restauranteur is dead serious about, it’s service. 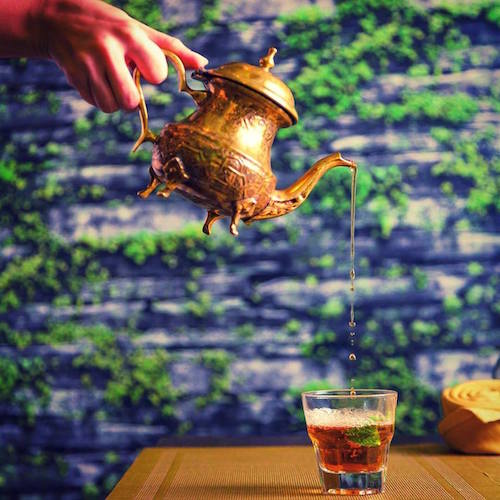 And, of course, tea – something that’s close to his heart. “We don’t have many places dedicated to tea,” he remarks. “I’d like it if we could get a tea culture going, you know, where people just sit outside on the pavement with cups of tea, talking, reading.”

People have come to love GG’s teas. They have a decent collection, a mix of Chinese, South Asian, Moroccan. Ours arrives in a little pot – it’s cinnamon infused and delicious with a dollop of honey.

While the mains get ready, Masthooq tells us about his travels in Morocco, which spurred the idea of having a place that served its cuisine.

“I spent a year and a half there,” he says. “And I got the chance to travel quite a bit. Moroccans are very hospitable, if you were to visit someone, you’d be offered Moroccan tea and local sweets, similar to baklava.”

Masthooq saw an affinity between Dhivehi and Moroccan cuisines, especially in the tagine, a spice-friendly, meat-based dish. The tagine has a long history – it’s mentioned in A Thousand and One Nights, and dates back to Harun al-Rashid’s reign in the 8th century. GG’s Kitchen is the result of Masthooq’s love affair with the food of that North African nation.

As we sip our teas and finish up a lovely babaganoush (served with carrot and cucumber sticks on the side) the mains arrive. One of them is brand new: chicken rfissa (pronounced rafissa) with shredded bread that Masthooq likens to kottu roshi. It’s a lovely, savoury dish, the chicken is slow-cooked and served with lentils and fenugreek seeds. 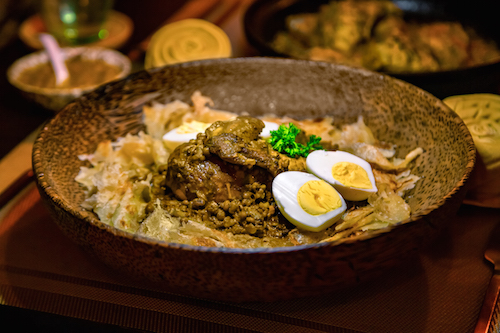 “Eat with your fingers,” laughs the young chef who brought it over. “That’s how it’s meant to be enjoyed.”

Rfissa is accompanied by a chicken tagine, which GG’s has improved upon over the past months. The tagine comes with bread baked in authentic Maghreb style, courtesy of a Moroccan baker based in Male (Instagram: themoroccanbread). Cooked with citrus fruits, the dish is light and tangy, a pleasant lunchtime meal. 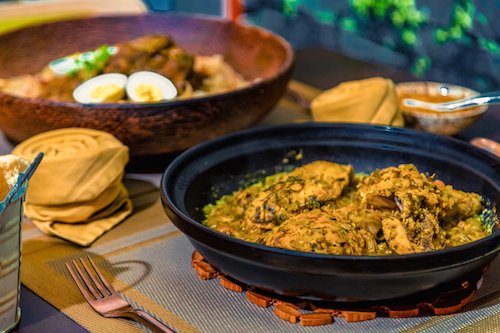 To mark the end, we try a slice of torta caprese, a beautiful dessert with the consistency of something in between a brownie and a cake. It’s sprinkled with nuts and drizzled over with chocolate sauce.

We talk about Ramadan, now on the horizon. It’s going to be an exciting month for GG’s. New menu items will be rolled out, tested, and favourites will become staples.

Before we part, we thank the chef for the wonderful meal. GG’s Kitchen looks for young local talent to nurture and grow, people who’d one day (wish to) become beacons in the country’s foodscape.

While we enjoyed Moroccan fare this time around, GG’s also does Russian cuisine. We had their beef liver-cake earlier, and though it might sound strange, trust us, it’s wonderfully creamy with just a dash of offal taste.

It’s hard not to expect greatness from GG’s in the days to come but we’ll see. We have a good feeling about them though, and if we were the betting type… well, you know how it goes. Vive la revolution!

PS. Remember to pre-order your lamb/beef tagines as they require hours of slow-cooking!