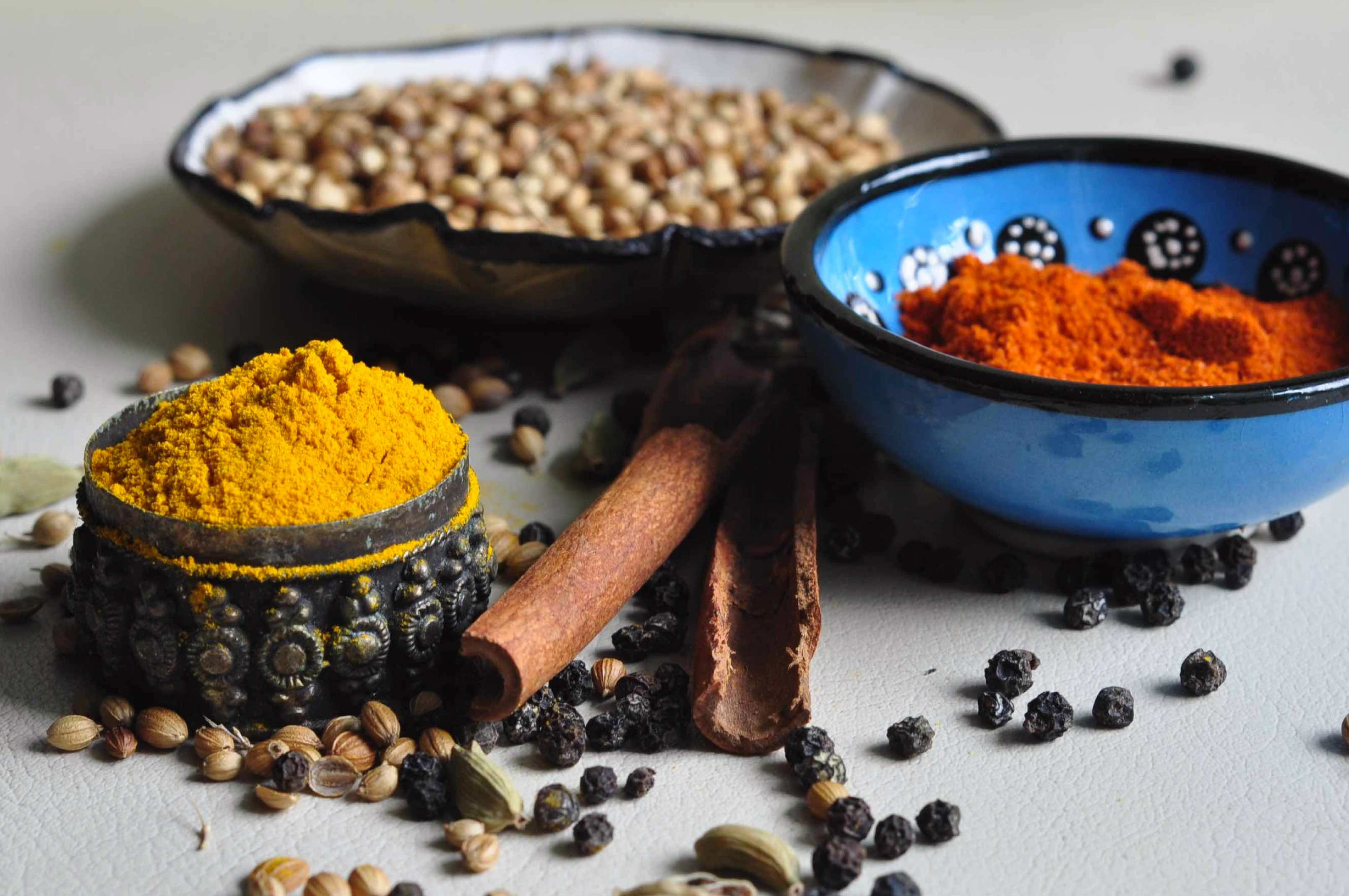 The Maldivian cuisine is a spiced up cuisine and we rarely make anything without using some sort of spice in it.

Below, we take a look at some of the most common spices that Maldivian recipes call for so that the next time you put in a spoonful of something aromatic, you’ll know a little bit more about it is and what its doing.

Cumin is the spice that gives an earthy, smoky and slightly nutty flavour to many of the Maldivian curries such as the famous Kandu Kukulhu. Cumin is actually the dried seeds from an herbaceous plant belonging to the parsley family and whole dried seeds pack in more flavour and aroma compared to its ground version. The smoky flavour is great with both chicken and fish, but we especially like it when used with chicken liver.

Similar to cumin, coriander comes from the parsley family as well. But unlike cumin, both the leaves and the seeds are used in cooking; although in Maldivian cooking it’s typically only the seeds that we use. Coriander is the spice that lends a sour note, and its used as a base spice for so many spice mixes for making curries and rice dishes such alike such as in Masbaiy and Chicken Biriyani.

The fennel plant bears yellow flowers and belongs to the carrot family. Although we use the dried seeds in Maldivian cooking, leaves, bulbs and flowers are used to flavour dishes elsewhere in the world. Fennel is the sweet spice, and you can easily taste its sweetness if you chew on a seed. Fennel's great with both chicken and fish, although we especially love how it enhances the flavour of the good old fish curry.

Cinnamon is obtained from the inner bark of several trees that fall into the genus Cinnamomum. The flavour and aroma remains intact longer in sticks than powders and if you need to do a freshness check for a stick or powder, simply use your nose as your guide. Cinnamon’s sweetness and hotness is great in baked goods and other sweet eats such as pancakes, provides a nice punch when sprinkled over drinks such as coffees and chocolates, it’s lovely in teas and works superbly well with other spices in curries.

Cloves are a powerful spice that needs to be used with some caution as it can easily overpower other more subtle flavours. Their hot and sweet notes are great in a lot of curries as well as desserts. The cloves that we use in cooking are actually flower buds of a tropical tree commonly referred to as the clove tree; their oils are pressed out and then dried.

Sweet and light in flavour, cardamom is a multi-use spice that’s great in curries, desserts and drinks. Whole pods with their ends snipped off can be used to flavour desserts such as sago pudding, while the seeds can be ground together with other spices to make curry pastes. The spice comes from the ginger family of plants and there are two types; green cardamom and black cardamom, although it's the milder green cardamom that we use in Maldivian cooking.

Used for its colour as well as its earthy bitter taste, turmeric also comes from a plant in the ginger family. Fresh turmeric is stronger than its powdered version and the important thing to remember when using turmeric is that a little really does go a long way.