Zeen’s Cuisine: for the love of sushi | Lonumedhu
Skip to main content

Zeen’s Cuisine: for the love of sushi 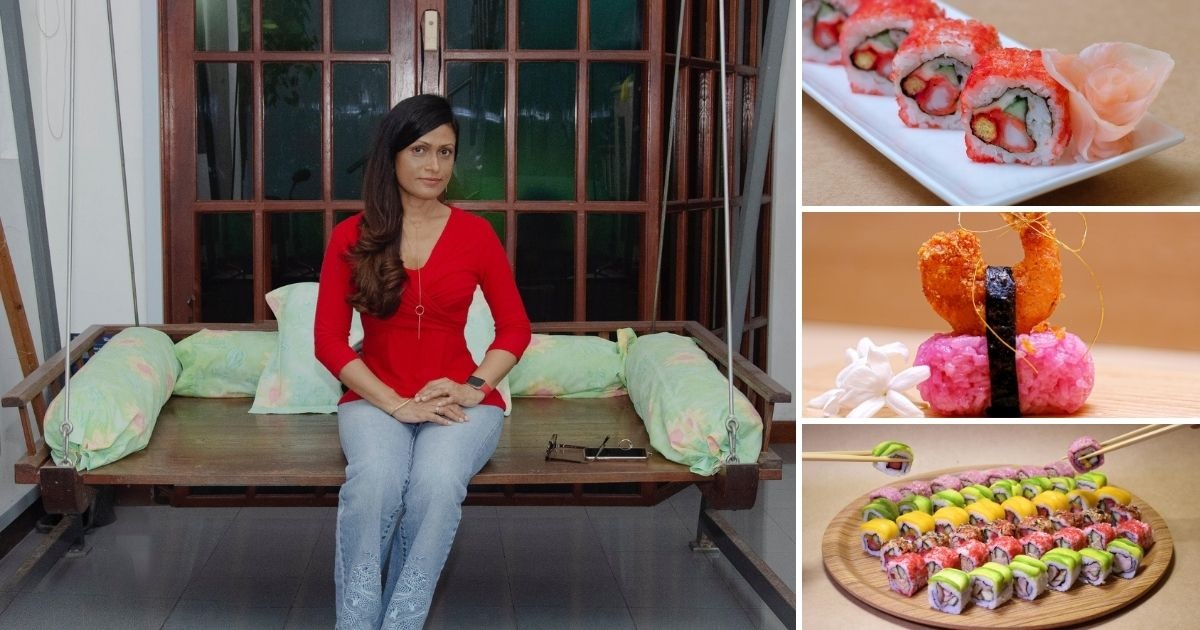 When Zeen’s Cuisine started in 2017, it was great news for the sushi lovers here in Male’ because sushi had finally become something you can order and have at home. They make some killer sushi too and their signature fusion dessert, mango glazed salmon roll and red hot spicy prawn roll are just a few of our favourites off their menu. 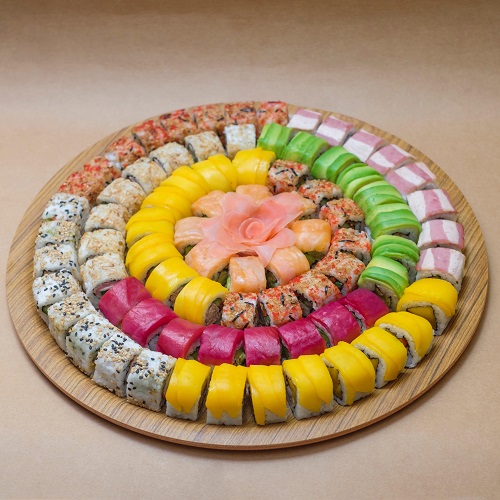 Lonumedhu: First question, why sushi? What drew you to it?

Zeen: Sushi is a family favourite. Ever since my family moved back to Maldives 3 years ago, we weren't able to satisfy our sushi cravings. So I did some research on the internet and decided to give it a try one day.

Lonumedhu:  And what made you decide to go into business?

Zeen: My daughter started sharing my homemade sushi on her social media account and people started asking if they could buy from me. We recognised that there was a demand then. 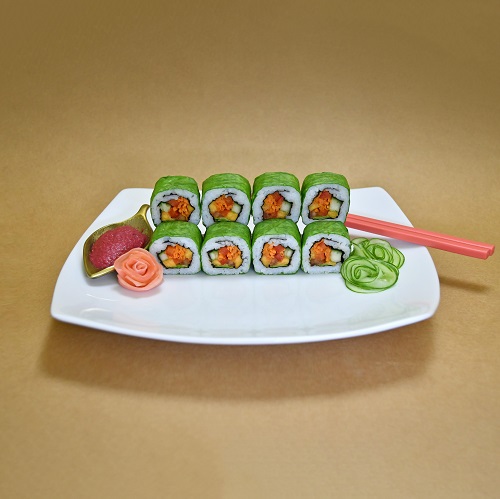 Lonumedhu: Tell us about how you picked up the skills for making sushi. We’ve heard some chefs in Japan spend years just mastering the technique of sushi rice. So we imagine it wasn't all that easy.

Zeen: I like trying out new recipes and since we all were craving for some good sushi, I knew I could do it. And yes, you are right about that. The rice is one of the tricky parts as there are different grades of rice and steps to follow. It was all about practice. 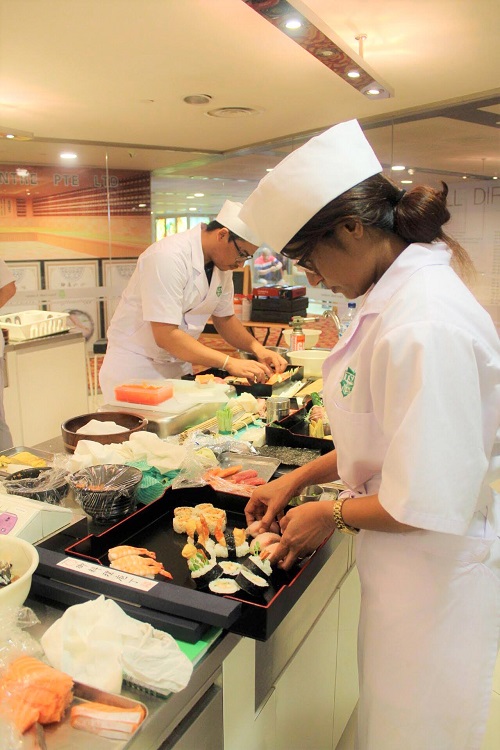 Lonumedhu:  You studied at Tokyo Sushi Academy. Tell us about your time there. How was the experience?

Zeen: I decided to go there after learning how to do it on my own from YouTube and many other methods. I was nervous at first, because the other participants were all experienced chefs from different parts of the world, but I managed to surprise myself. I never thought I could slice and clean up a 6-7kg whole salmon, for example. It was an eye opening experience! 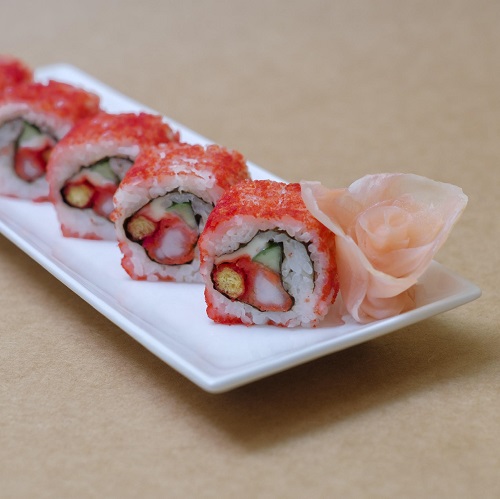 Lonumedhu: Apart from traditional sushi, we’ve seen you do things like your Thai inspired dessert sushi and your sushi with Cheetos inside. From where do you get the inspiration for these?

Zeen: Since Zeen's Cuisine is all about fusion sushi, I wanted to present something different. I wanted to work with varieties and mix different cuisines/flavours from different parts of the world. Zeen's signature fusion dessert is one delicious example. Red hot prawn roll is an inside out fusion roll with crumb fried prawns, some gluten free hot Cheetos & cucumber inside with crushed Cheetos sprinkled on the outside of the roll, which makes it full of flavour. 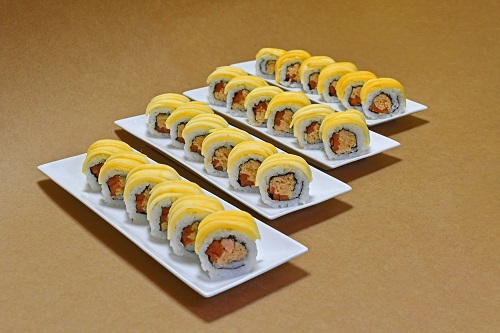 Lonumedhu: Do you have any food heroes? Any chefs you admire?

Zeen: My mom, of course. She describes her cooking as something she does with passion. If anyone asks her how she makes such amazing food, she'd probably say something along the lines of, "It's not about the ingredients, it's about the soul or passion I put into it."

Zeen: I used to buy all the items from Singapore, but ever since Covid-19, it's been very difficult. I recently managed to get some nori from Male’ though. 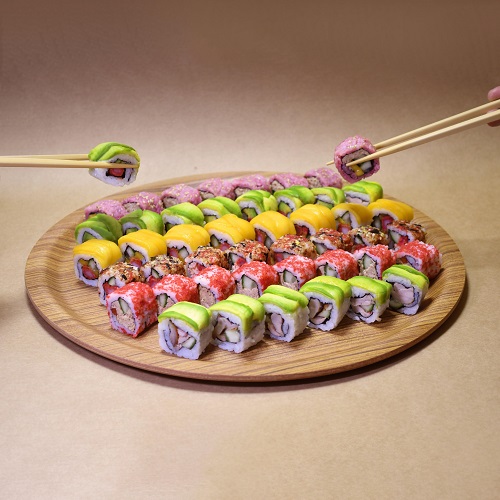 Lonumedhu: What’s the most popular item off your menu?

Zeen: This is probably the most difficult question to answer, because it depends on each individual's taste. Each roll is unique in its flavour. Let me just say though, Zeen's signature fusion dessert is described by our customers as: "to die for," "out of this world," "heavenly," "mind blown," and many more. 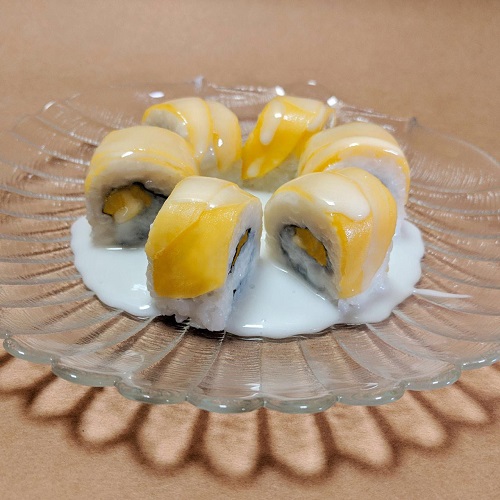 Zeen: I like to surprise myself. I do what feels right after dreaming about it for some time and while experimenting at home. 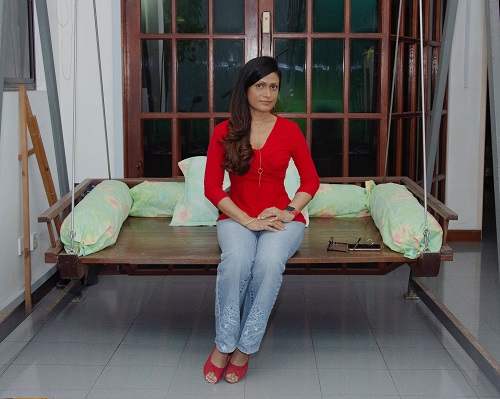 Zeen: It's heart-warming to see people start to think of sushi as a tasty food category. I have successfully broken the preconceptions around sushi, for many people. This was made easier because my sushi isn't raw and people find it easier to try for that reason.

Lastly, never in my wildest dreams did I think that I would ever become a sushi chef and make a name for myself. My creations coming from mere ideas and my lovely customers make me smile.