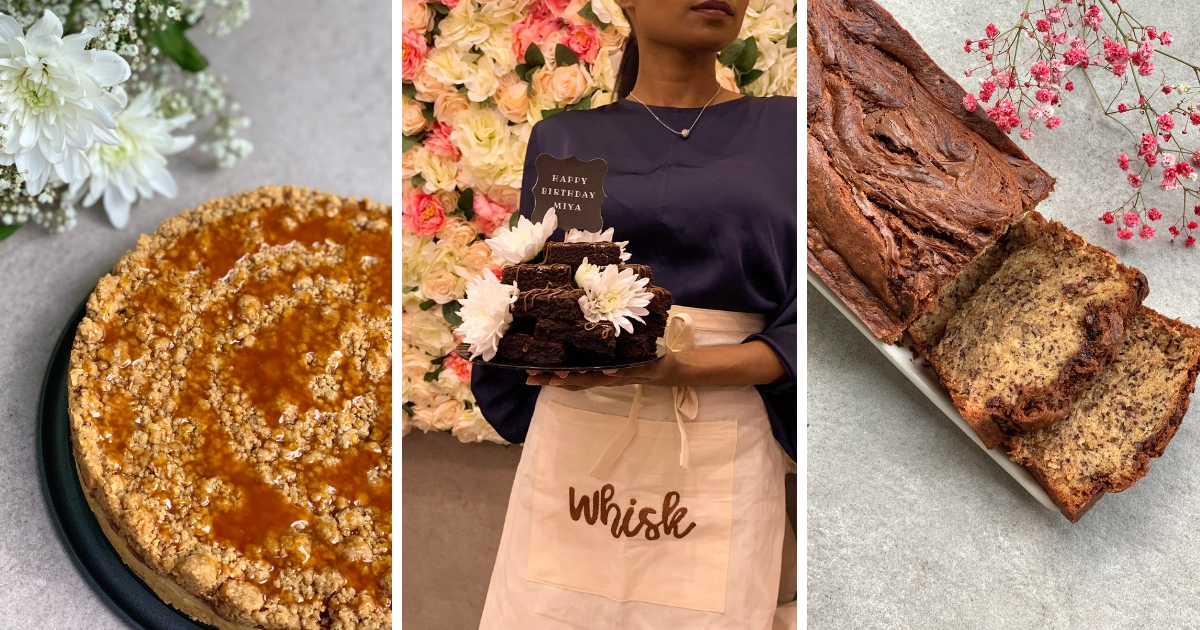 I’d been seeing a lot of brownie towers with the hashtag whiskmv on friends’ instagram stories lately. So I thought I would check out their page. The page has over 4000 followers, and its Feedback Stories feature rave reviews about its mouth-watering baked goods. Customers are encouraged to tag their photos with #joyofdesserts, and there’s a lot of those too.

And then last week, whiskmv appeared on my Instagram again in the Bake-off Challenge hosted by Seagull Cafe’, along with 4 other home-bakers.

Since I couldn’t visit Seagull to try some, when a friend suggested we visit the place on Monday, I jumped at the opportunity.

I was told the place would be somewhere in Sosun Magu, close to the florist near Sosunge’. The taxi driver hadn’t heard of the place, so I asked to drop me off near the florist, and as soon as I got out, I saw the small cafe’ tucked away in the alley.

After struggling with a glass door with a pink frame that I pushed and pulled for a bit until someone inside said ‘slide’, we went in, a bit embarrassed. The adjacent wall was covered in pink and white flowers. There are a couple of small tables with low cushioned stools. And flowers in tiny jars on each table. There are baked goods in big glass jars on the marble counter. ‘Pretty’ is the first word that comes to mind. 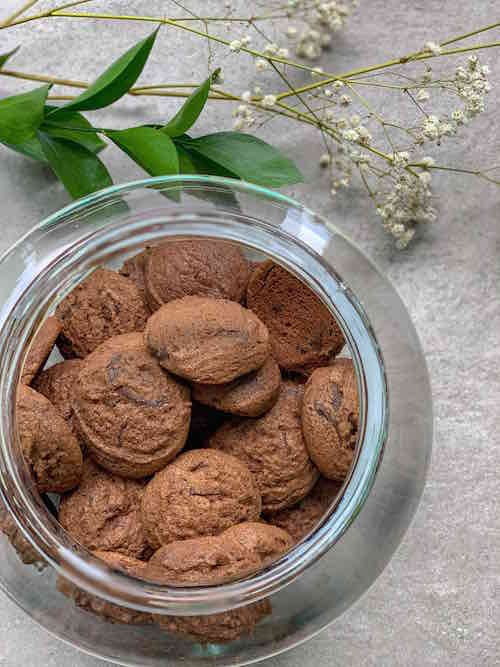 A floral menu features coffee and tea and a list of baked goods. The owner/baker Myne Hassan tells us we can order from what they had on display, and drinks from the menu. So we ordered some Silver Moon green tea and some brownies and cookies.

While we were waiting, people walked by and did double takes, seeing it for the first time I’m sure. People who rode-by on motorbikes slowed down a bit and looked inside.

A group of teenagers walked in, sat down at the next table and started taking photos next to the floral wall. This wall is something of an icon on Instagram too. After a while, they ordered some brownies and drinks, and murmured their approval.

Our order arrived shortly; raspberry brownies and chocolate chunk cookies. The brownie was the right amount of gooey and chewy, the raspberry jam doesn’t overpower, while the cookie had the right amount of crunch and chewy, with soft chocolate chunks. And the sweetness was just right. Turned out Silver Moon was the best choice of tea to go with these, since it had hints of berries and vanilla. 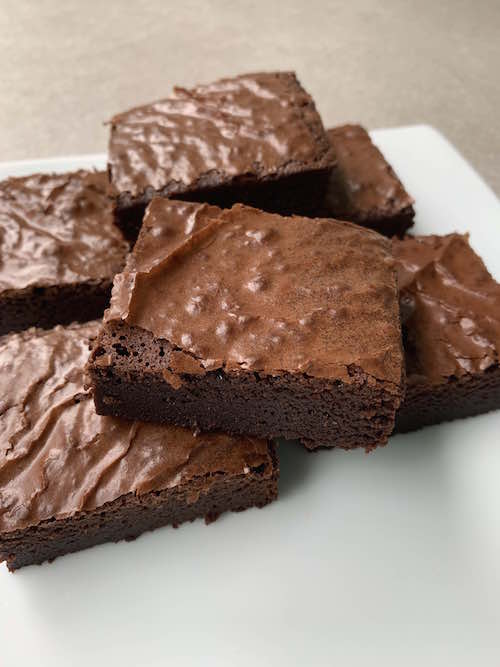 The menu features 5 types of brownies; classic, ganache, walnut fudge, peanut butter, and raspberry. Myne tells us she had introduced a new one for the bake-off; salted caramel. They sold out fast, apparently. I’m not surprised. There are pavlovas, cinnamon sugar doughnuts, vanilla cupcakes, banana nutella muffins, and date squares too, something I’d like to try, being a big fan of date cake. Brownie cakes come in two sizes and there’s the famous brownie tower. Myne says these are available for advance orders.

Our sweet tooth satisfied, I ordered a couple of brownies to take home. When we stepped out, I was already making plans in my head to visit Whisk next week, and hoping that I’d get to try some salted caramel brownies next time. Judging by everything I’ve tried so far, I’m sure they would be as great as I’m imagining them to be. #joyofdesserts indeed.