The Scoop on Scoop | Lonumedhu
Skip to main content

The Scoop on Scoop 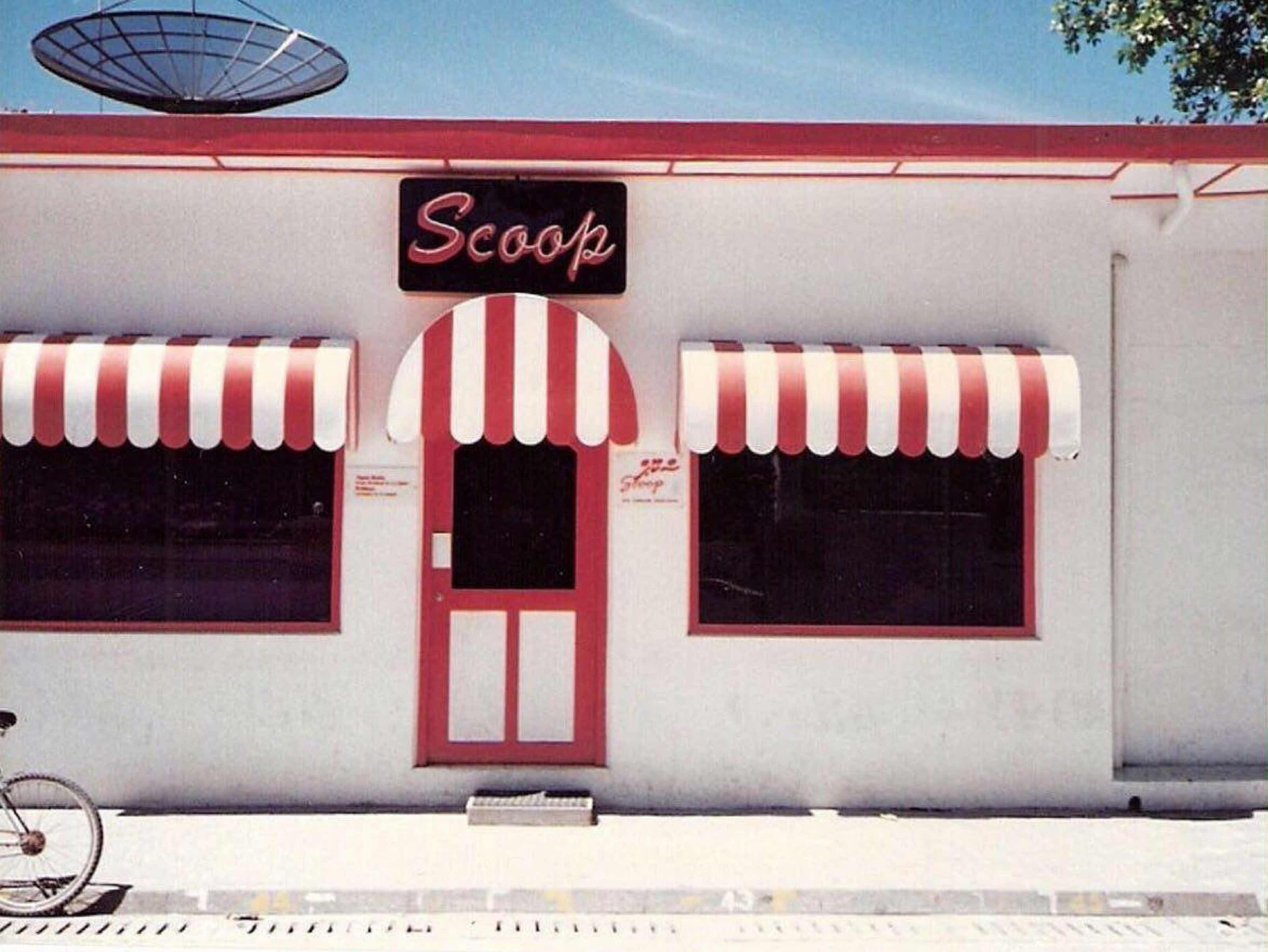 This beloved ice cream parlour started out in 1989 and has since become a household name. Young couples who started dating in its cosy premises have gone on to get married and have children. Children who will probably come to love Scoop, just as their parents before them. Today, Lonumedhu has a chat with Ibam, Imma and Dhaadha, the three young people handling operations at Scoop.

Lonumedhu: I bet everybody wants to know how it all began. Tell us.

Imma: Around 1988, my parents and my aunt went to a fair at Iskandhar School. There was a stall selling ‘ice cream’, there.

Ibam: It was actually joospetty on a stick.

Ibam: That’s what really inspired my parents. They wanted to make proper ice cream in Male’.

Lonumedhu: Was your target school children even back then?

Dhaadha: Not specifically. It was aimed at families, yes. There weren’t many places that you could take the kids out to in Male’.

Imma: Yes, and next to Scoop there was a shop called ‘Zurich’ that sold candy and soft drinks.

Imma: Back then, Scoop used to have seating for eight to twelve people.

Ibam: It was tiny.

Lonumedhu: I think my first memory of Scoop is from 1991. It wasn’t so tiny then.

Ibam: That’s probably when we were in the second phase. We made it bigger.

Lonumedhu: Yeah. There was this kid in my class who used to tell me his favourite food was beef burgers. I told my parents but they had no idea where to get burgers. And then one day, my dad took me to Scoop and got me one. It was massive!

Ibam: [laughs] Yeah, they were big back then. I think the burgers had fried eggs in them.

Imma: Yeah, we introduced the ‘Faloodha’ in 1990. It was inspired by something my aunt had from abroad.

Dhaadha: It’s a dessert of Pakistani origin. They put a lot of stuff into it. We took it and made it more Maldivian.

Imma: Well, the Scoop version of faloodha at least, with jelly, isbagol and ice cream.

Imma: [laughs] Yeah. Also, my dad came up with some original sundaes.

Lonumedhu: Yeah, I remember them. Good times, guys. Also, you’ve gone through a major change recently; you’ve changed the look of the place and you’re much more than an ice cream parlour now.

Imma: Yeah, we needed to change with the times. Change isn’t always bad. We have also changed our ice cream.

Ibam: All raw materials for our ice creams are imported from Italy.

Dhaadha: Our supplier is also a family owned old Italian company and we really love them. They really suit us, actually. We wanted to go with a classic Italian ice cream supplier that was family oriented.

Ibam: Yes, true, we didn’t want to go with big brands. We wanted a smaller, more focussed supplier to build a relationship with.

Lonumedhu: I see. I quite like what you’ve done with the place. It’s still very family friendly, and there’s a huge focus on ice cream.

Lonumedhu: Speaking of ice cream, how did you decide on the flavours?

Dhaadha: We did extensive testing and tasting.

Imma: Yes, and we also check international trends. We Maldivians are quick to latch on to major trends; we’re exposed to what goes on in the wider world.

Dhaadha: Yeah, like salted caramel was a trend last year, and it proved to be very popular here. And green tea matcha for the health conscious. Also, we have a range of ice creams for various diets.

Imma: Yes, like we have lactose free ice cream, plus dairy and gluten free stuff for vegans.

Lonumedhu: And why did you introduce hot meals at Scoop?

Dhaadha: You need something savoury with your ice cream, at least that’s what we’ve observed with our customers. We’ve had burgers and sandwiches almost since the beginning and meals seemed the next logical step. We got a lot of feedback from people who wanted something they could enjoy in the evenings.

Ibam: We did six months of testing before rolling out the meals here.

Ibam: Yeah, it’s hard work. We perform random checks, take customer feedback from Facebook and from diners. We put a lot of effort into it.

Lonumedhu: What’s in the works now? You guys have anything exciting coming up?

Imma: We just started catering for parties. The reception has been very good. We’re also trying to do pastries and cakes. And our coffee is in the testing phase.

Dhaadha: We’re planning to introduce a breakfast menu as well.

Lonumedhu: That’s great, I’d love to breakfast here. So, anything you’d like to add before we wind up?

Imma: Yeah, we’d like to highlight an incident that happened recently. A woman came up to the counter while Ibam and I were behind it and she asked us: ‘Is this your job, working behind the counter?’ We said yes. And she said ‘It’s such an awful job. As a mother, and since I have children who’re your age, just take my word, it’s an awful job.’

Ibam: We were astounded! This is the sort of thing they’re telling children? Jobs like waitressing, manning the counter, being a barista; these are decent, good jobs and what’s really awful is that people are thinking they’re worthless. It’s a great experience for young people who’re studying or who’ve just finished school.

Lonumedhu: Yeah, you see young people serving and working the counter at cafés now. It’s a good sign. Anyway, thanks for your time guys. May Scoop live long and prosper. 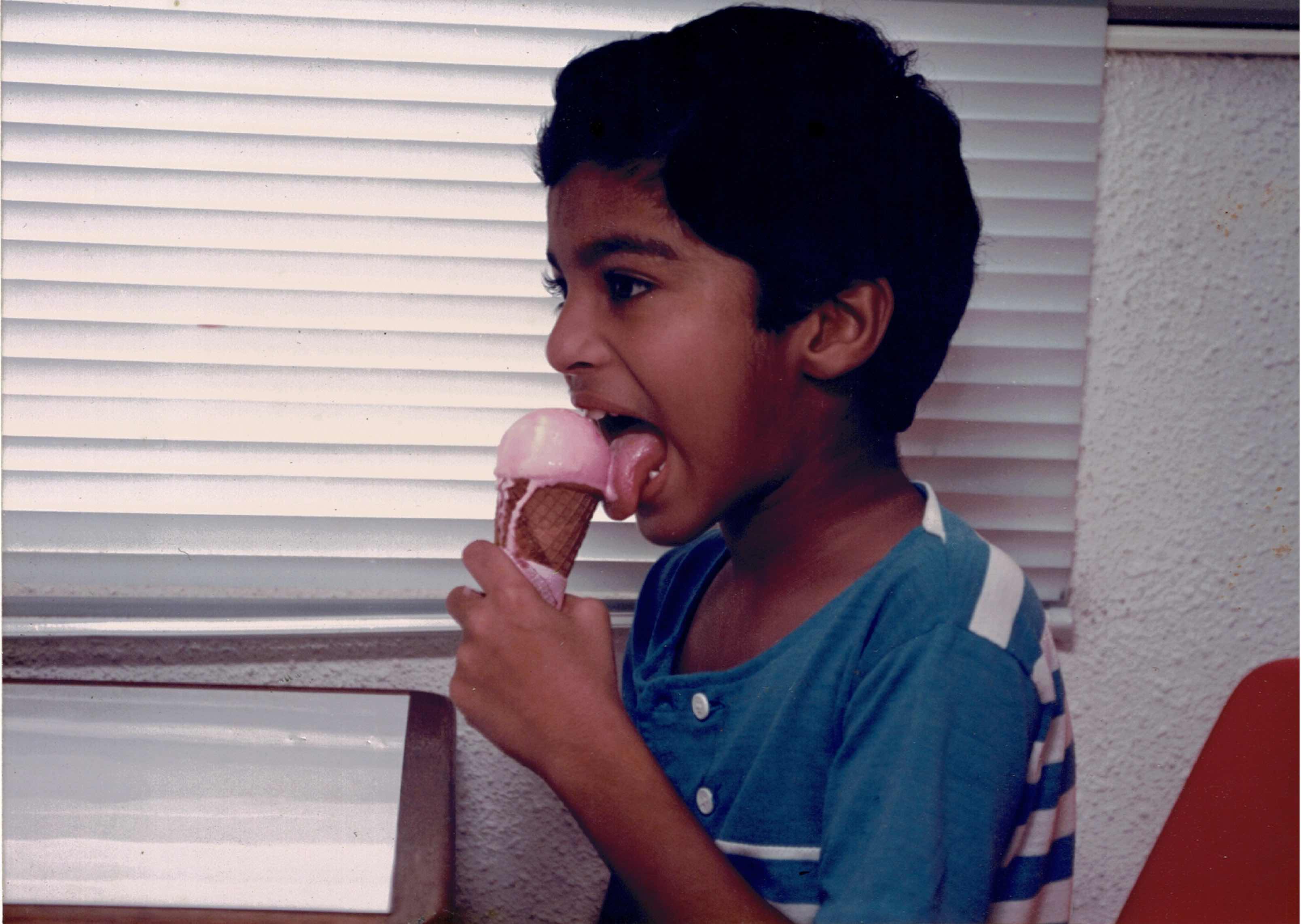