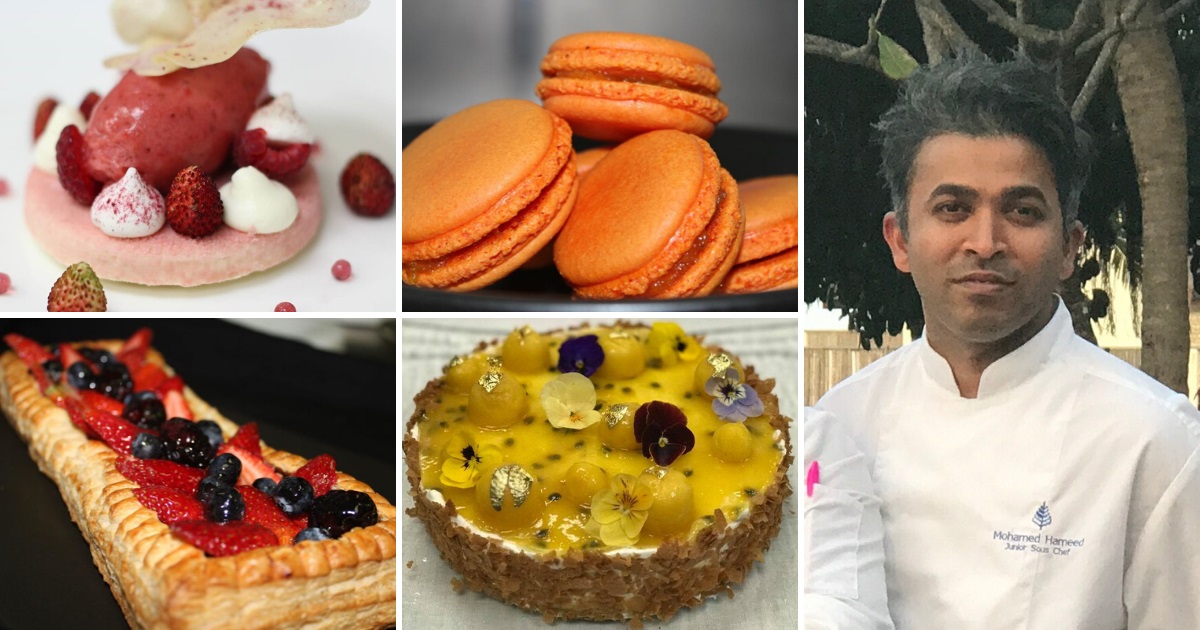 Mohamed Hameed works as pastry chef at Hotel Jen and we initially met him when we visited Jen’s rooftop restaurant Azur for a media event in which they introduced some items off their new dessert menu. Hameed’s actually been in the culinary profession for almost two decades, and we recently caught up with him to talk about his career and more.

Lonumedhu: Let’s begin by talking about how you got into food?

Hameed: I did a diploma from the Hotel School here in Male’. The course was not about food though, it was more of a general one which included operations, housekeeping, catering and much else. After completing my diploma, I was looking for a job and found one at Bandos and the only position available was in pastry.

Lonumedhu: You were with Four Seasons too right?

Hameed: After working at Bandos for about one and half years, I got the opportunity to join Four Seasons. At the time they were re-opening after the tsunami.

At Four Seasons I got the opportunity to work with chefs from around the world. It was a very different and valuable experience. I got to learn a lot and that’s what allowed me to get further ahead in my field. I even had the opportunity of working quite closely with a French chef from whom I learned so much about pastries. 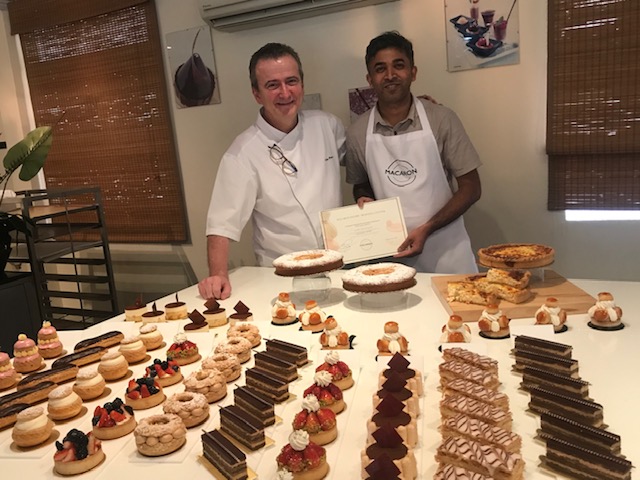 Lonumedhu: For how long did you work at Four Seasons?

Hameed: I was there for around 12 years.

Lonumedhu: That’s quite long. So did you do any other trainings?

Hameed: Yes, short one week or two week courses. Fantasy has a training programme and I got to go on that, and last year I went to Thailand for a training on my own. But mostly my training has been on the job at Four Seasons, working with talented chefs.

Lonumedhu: Our readers would probably like to know what it's like working in a professional kitchen of a luxury resort.

Hameed: There’s a lot to be done. Everything is homemade, such as bread, jam, ice cream etc. The job itself is quite busy but I’ve sometimes worked 16 hours at a stretch because I was really interested and keen on learning. 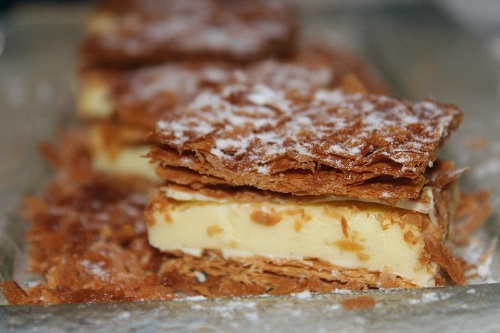 Lonumedhu: And how about now at Jen? What sorts of things do you have to take care of?

Hameed: Basically I have to take care of all the desserts and maintain quality, whether it’s for a special function or for Jen’s Kitchen downstairs, or ordered al a carte at one of the restaurants.

Lonumedhu: It was not long ago that we met when you guys introduced those new desserts at Azur.

Hameed: Yes, we’ve completely changed the dessert menu. The new desserts are focused on the local clientele and that’s why we have the popular kanamadhu (sea almond) cake, molten lava cake and bannoffee because caramel is quite popular. Apart from that, the new menu was designed with different dietary requirements in mind. For example, we’ve changed the classic tiramisu to make it gluten free; nut free options are available, along with healthier options like Tropical Dream. 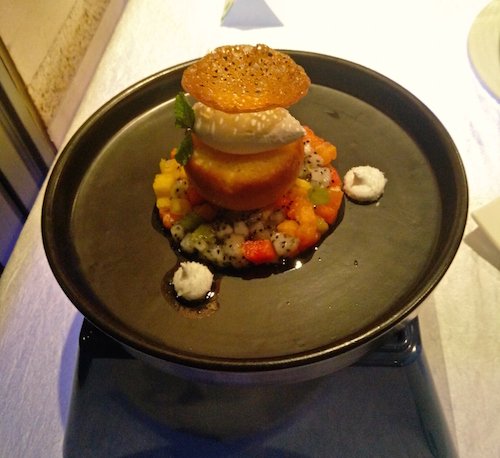 Lonumedhu: So, since you make such a lot of desserts, we have to ask you this, what’s your favourite dessert?

Hameed: I usually go for something that’s not too sweet. For example there’s a Japanese dessert called mochi, that’s something I enjoy.

Lonumedhu: And what about savoury stuff? Do you have a particular cuisine you like?

Hameed: I love Arabic food. Probably because there was a great Lebanese restaurant at Four Seasons and I got to experience it a lot during my time there.

Lonumehu: We’ve reached the end of our interview, so last question. Any future plans you could share with us?

Hameed: Something I’d like to do in the future is to launch my own brand, perhaps open a pastry outlet, and hopefully offer something really unique.

Lonumedhu: That sounds great Hameed. Thanks for having this chat with us and we wish you all the best.