Lunching at The Wave | Lonumedhu
Skip to main content

Lunching at The Wave 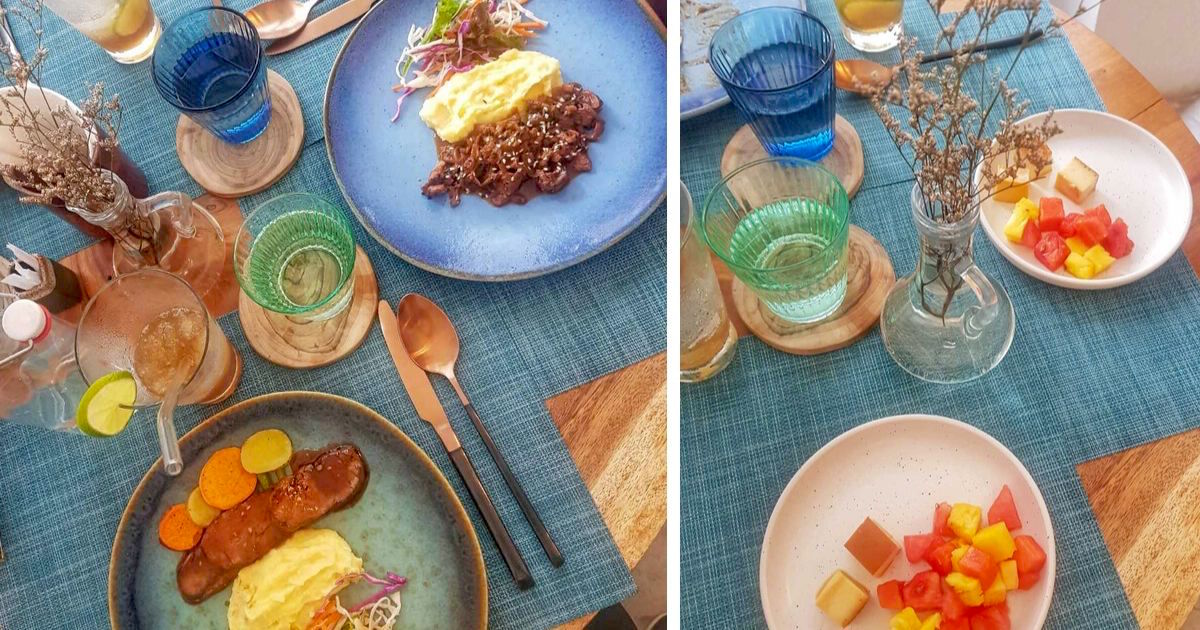 The Wave is one of the newest additions to Male’s food scene. From their social media accounts, I’ve come to know that the restaurant is from the Meraki family, and I’ve been meaning to drop by ever since their soft opening in July.

I recently met a friend there for lunch. When I got there, she was already waiting for me outside and together we headed in. Inside, The Wave looked pleasing. Earthy colours, wood elements, blues, warm lights. All of them together was rather inviting and comforting.

A waitress brought us the lunch menu, and the drinks menu, soon after we took our seats. The chairs were comfortable, and the place setting was cute. 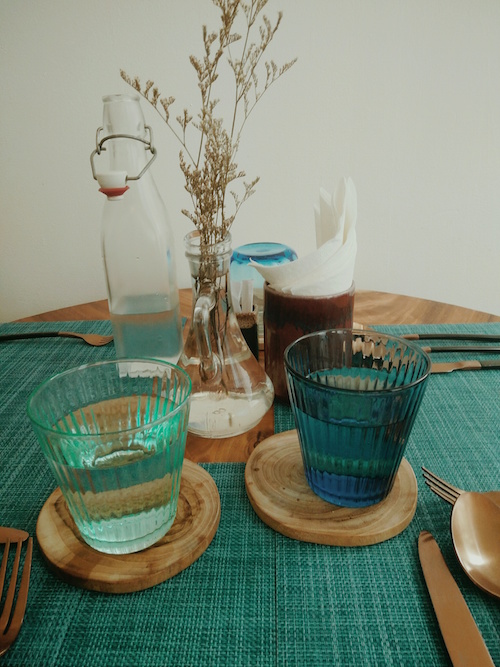 The lunch menu said lunch buffet, for MVR 125 per person, and having been to numerous lunch buffets around Male’, we assumed this too was like the rest; you start at one end of the buffet, pick a plate, put things on your plate and move along until you reach the end. So it took us a little while and some assistance from our waitress to figure out that the buffet bit of The Wave’s lunch menu is for the salads, appetisers and desserts, and we had to pick one main from the menu. That bit about picking a main, it was actually printed on the menu all along; we just hadn’t noticed it on our first go.

My friend ordered a beef steak with mash. I wanted to have their beef rendang, but our waitress told me it wasn’t available at the time, so I ordered the Korean BBQ beef. We also ordered two iced lemon teas off the drinks menu.

After getting our mains and drinks ordered and sorted, we dug into our salads and appetisers. I actually forgot to make note of all the salads and appetisers there, but there were eight different types at the least, and let me tell you The Wave does salads really, really well.

It’s not an afterthought, it’s not some chopped up veggies and leaves thrown in together; no, not at all, someone put these together with finesse and with a lot of attention because I loved those roasted butternut squashes and aubergines. Apart from that, the medley on my plate included quinoa, okra, kankun and tuna, beef, noodles, and a lot of greens.

My friend and I were sipping on our iced teas, and marvelling at the salads and appetisers that we’ve just finished off when our soups arrived. It was a light chicken broth with shredded chicken and veggies. 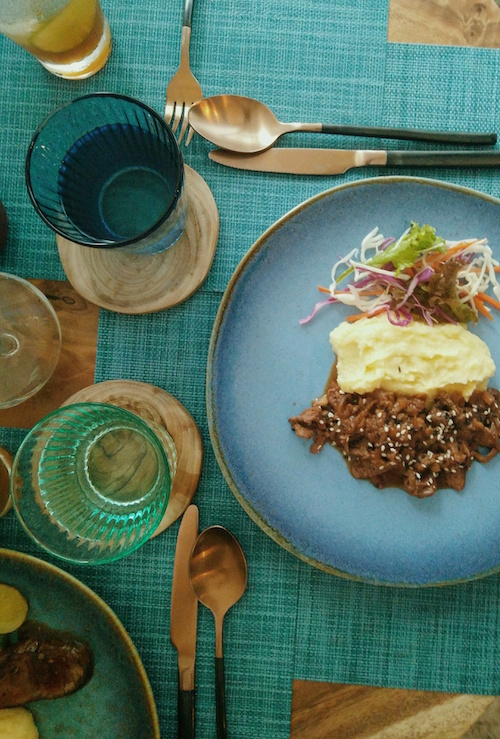 And then came our mains and my god that beef! I don’t recall having beef that good in Male’ ever. My Korean BBQ beef was soft, flavourful and succulent, and my knife just went through it, just like that, and it was the same for my friend’s steak too, although we both agreed that if we had to choose a winner, mine would be it. The mash that came with both of our mains was quite yummy too.

After gobbling down the mains, we did sit there for quite a while, sipping our teas and simply catching up, enjoying the caramel pudding and fruits they had for dessert. We did talk a little bit about our iced teas too; particularly about how they were not watery or overly sweet or sour. 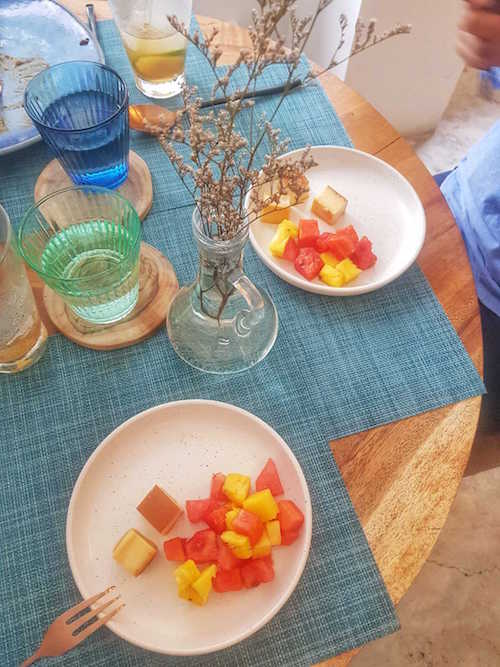 When our bill arrived, it was around MVR 300; that was for the buffet and for our iced teas. To be very honest it’s one of the best lunches I’ve had in a long time. I don’t think I can stress this enough: the beef is to die for! Also, as I’ve said before, they did a great job on the salads and appetisers, and the soup was a nice touch and I liked the desserts.

I am definitely going to go back, maybe to try something off their all day dining menu because I’ve heard they have sushi and Japanese rice burgers. Or maybe I’ll go back for lunch again, because I have a thing for Malaysian food and other mains on the lunch menu include nasi lemak and nasi kandar.

Anyway, I am going to sign off by telling you that if you don’t lunch at The Wave you are missing out and that you can find them in front of Masveringe Park.