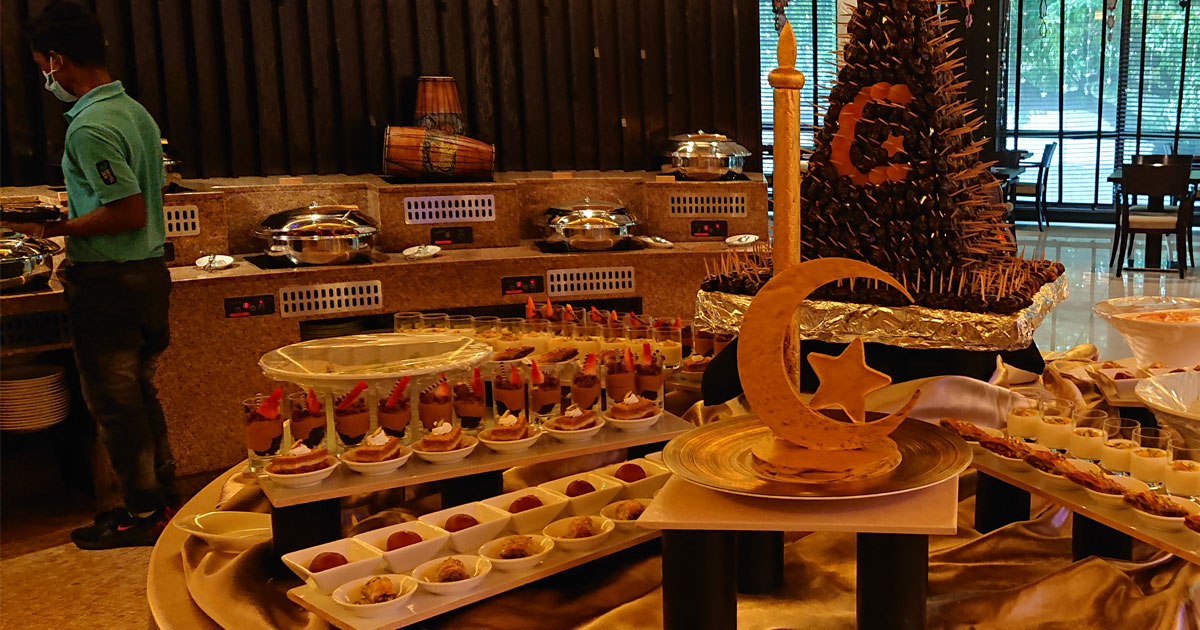 Hallo, I come bearing good tidings, guys. It’s going to be a lot cheaper at Hotel Jen this time around. Like a LOT! And by it I mean Iftar. Of course.

And get this: they’re having a super-cool Middle Eastern theme throughout, like right down to the décor.

What I’m trying to say is that it will def be a good idea to pop in not least because Tabbouleh and Mutable and Fattoush et cetera are so easy on our stomachs. Imagine downing a scoop of hummus with some pita after a long fast. Imagine. In this scorching April. Oh, man. It’s gonna be something else.

Why the Middle Eastern theme, you ask?

OK, here’s what I know. They were going to have a completely Dhivehi theme initially but turns out Jen gets an international clientele for Iftar and it stands to reason that not everybody’s going to be as fond as we are of our bajiyaas.

Not that we won’t get hedhikaa, it’s going to be on the menu every day, as will other Dhivehi staples like faiy mashuni and roshi. We were also told by Nina, who heads marketing at Jen, that a lot of us are starting to get a feel for the medhu irumathee stuff, what with GGs Kitchen and Thoum being alive and well for the past few years.

“Us locals are starting to really get into Middle Eastern food and Jen wants to popularise it because it’s healthy and it will help people with their travels in the Middle East because, for one thing, they’ll be eating familiar food.”

“Most of the ingredients are imported from the Middle East as well,” added Nina. “We really wanted to offer our diners a very warm and authentic experience.”

And you must know that the chef behind Jen’s Mid-East offerings was trained in Shangri-La Abu Dhabi and Dubai. This bodes well for the food. Really well.

There it is guys. Oh, and I almost forgot: chocolate shawarma! Let me end on that sweet, sweet note.