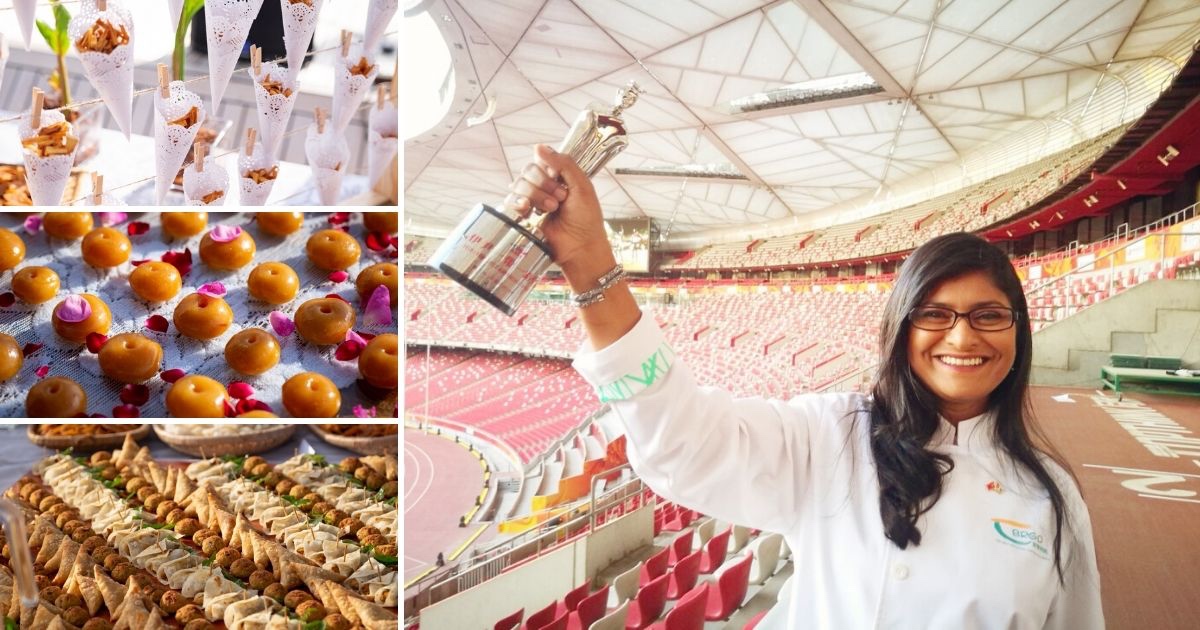 I came to know about Home Cooked Maldives because about a month ago they catered for local lifestyle brand Island Bazaar’s 2nd anniversary function. In the images I saw on social media, ‘libaas’ clad ladies of Home Cooked Maldives were serving some very aesthetically pleasing spreads of Maldivian snacks at the event.

A couple of weeks later, here I am meeting with Jee (Jeehan Saleem) who runs this home based operation alongside her family. 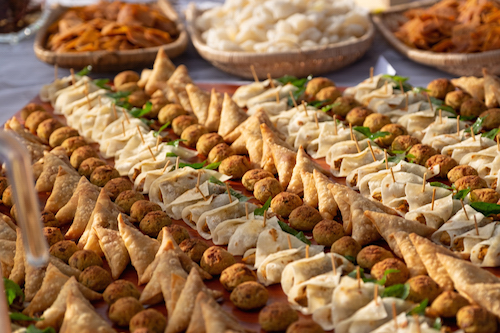 Lonumedhu: Let’s begin by talking a little bit about Home Cooked Maldives and what you guys do?

Jee: We provide authentic Maldivian foods for events. Most of the time, when we speak of traditional Maldivian food, we are often thinking of ‘garudhiya,’ ‘rihaakurudhiya,’ that sort of thing. At Home Cooked Maldives we take things a bit further than that so that the richness of our food culture can be represented. We’ve got different dishes that come from the different atolls throughout the country; our food culture includes events such as ‘maahefun,’ ‘eid keun.’ There’s our tea culture too; it’s all very interesting.

We are very careful with maintaining quality and consistency and our aim is to deliver a bespoke experience to each and every one of our clients. 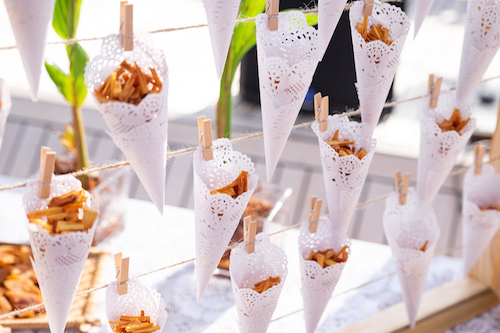 Lonumedhu: Some cool selection you had there for the Island Bazaar event. Some items we don’t usually come across too.

Jee: For the Island Bazaar event we had snacks such as ‘fufoo murubba,’ ‘narohfalidha,’ and ‘bambukeyo dhaiy.’ These are not the usual sorts of short eats you can buy from shops. We also had this ‘barabo riha’ dip with nacho shaped murana roshi. The event was attended by a lot of young people and we wanted to present the food in a way that is attractive to a younger audience.

Lonumedhu: Tell us about the beginning of Home Cooked Maldives.

Jee: I was actually in Beijing for five years; I came back home quite recently. My husband was in China as ambassador, and there, for the first time in my life, I was unemployed. I am a medical scientist by profession. So, one of the things I ended up doing there was introducing people to our wonderful cuisine and food culture. A lot of the people I met there, they always talked about how nice the sea and the beaches are in Maldives, and I always end up telling them how nice our food is. So I hosted a lot of dinners. And did other events like demonstrating a typical Maldivian breakfast to schoolchildren; we also once did a ‘maahefun’ demonstration for the media. 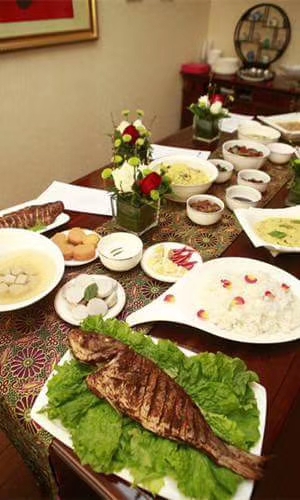 Lonumedhu: So you were doing a lot of cooking there.

Jee: Yes. I was actually using my mum’s recipes. And after two and a half years my recipe notebook was really thick. So I thought I’d type it out. And because I was hosting so many dinners, I had these menus too, so I included them as well. So when I typed and compiled all of the recipes it started to look like a really beautiful and authentic Maldivian cookbook that had instructions on how to host Maldivian breakfasts, lunches, dinners and special occasion meals, and I named it Home Cooked Maldives. 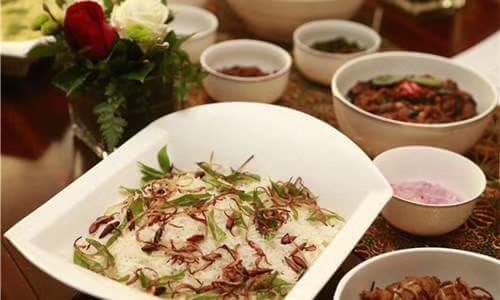 Lonumedhu: Oh that sounds nice. When do you plan to publish it?

Jee: I think I’ll be able to publish it this December.

Lonumedhu: Looking forward to that! So how did you go from cookbook to event catering?

Jee: Amir, one of my best friends, is doing the designing and layout work for the book and Koki, one of the owners of Island Bazaar, saw Amir working on it. Koki got quite interested in the book’s concept and asked me to cater for the event. I was quite reluctant at first because we weren’t ready and this was going to be our first catering job. However, I decided to give it a go, and we had 10 days to prepare. The feedback was really good at the event and I’ve learned that there’s a huge demand for this. After the event, we’ve been actually getting orders almost every day. 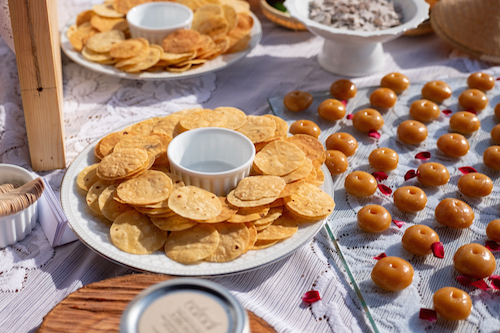 Lonumedhu: Tell us about your menu.

Jee: We are still developing our menu although we have a really small one now. What’s in the book and in our menu are all home favourites. My mother, she’s actually the main inspiration and force behind Home Cooked Maldives.

Lonumedhu: Oh really? Tell us more about your mum.

Jee: Her name is Madheehaa and our house is Ma. Dhoalhanbuge. She’s been cooking for a long time. I remember the smell of good food from my childhood and how she’d fill up the table with dishes for meals. Her cooking is quite famous and she also won a national service award for reviving Maldivian cuisine. 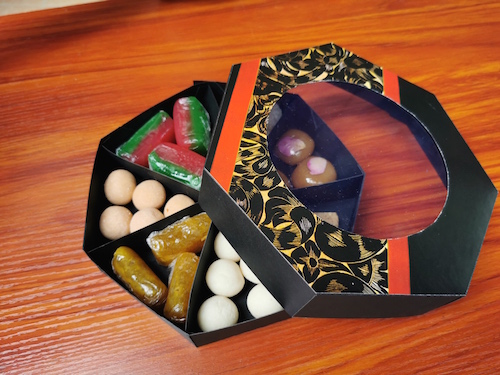 Lonumedhu: Who else apart from your mum is involved in cooking for Homed Cooked?

Jee: It is run from home, supported by my sister.  The tasks are all divided according to their specialities. For example, I mostly do desserts and sweets because I am good at that, while someone else who’s good at preserves will be working on the ‘asaara.’ My husband is also fully involved in it and also takes care of our Instagram page. So Home Cooked is really a home run business. Lonumedhu: So, how do we order your food?

Jee: For now we take orders through our Instagram account and we have a two day pre-order time because there are some items that need a bit of time for preparation. For example, some items involve sun drying, so that’s not a process that can be rushed.

Lonumedhu: What about quantity? Is there a minimum or maximum number for orders?

Jee: The biggest event we’ve catered so far was for 100 people. We don’t have any staff and it’s just us the family preparing everything. So we probably can’t take on more than that. As for the minimum number, we’ve recently prepared ‘hanaakuri mas’ and ‘roshi’ for two people. It actually depends on the order. While we are able to prepare smaller quantities of things like ‘hanaakuri mas’ and ‘kulhi mas,’ we won’t be able to do that for something like ‘narohfalidha.’ 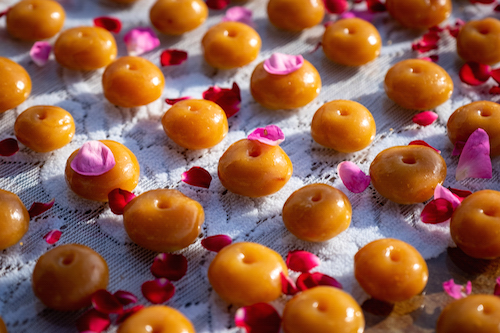 Lonumedhu: This is actually the first time I am hearing about ‘narohfalidha.’

Jee: It’s a sweet from the south made from breadfruit. Preparing it is a bit expensive because it has ‘dhiyaahakuru’ in it, and making it in small quantities would be wasteful.

Lonumedhu: I see. I hope to try it sometime.

Jee: Introducing these kinds of traditional foods to the youth is something we aim to do actually and so far we’ve experienced a very positive response.

Lonumedhu: We could definitely use that. Thanks for your time Jee. I enjoyed our chat very much.