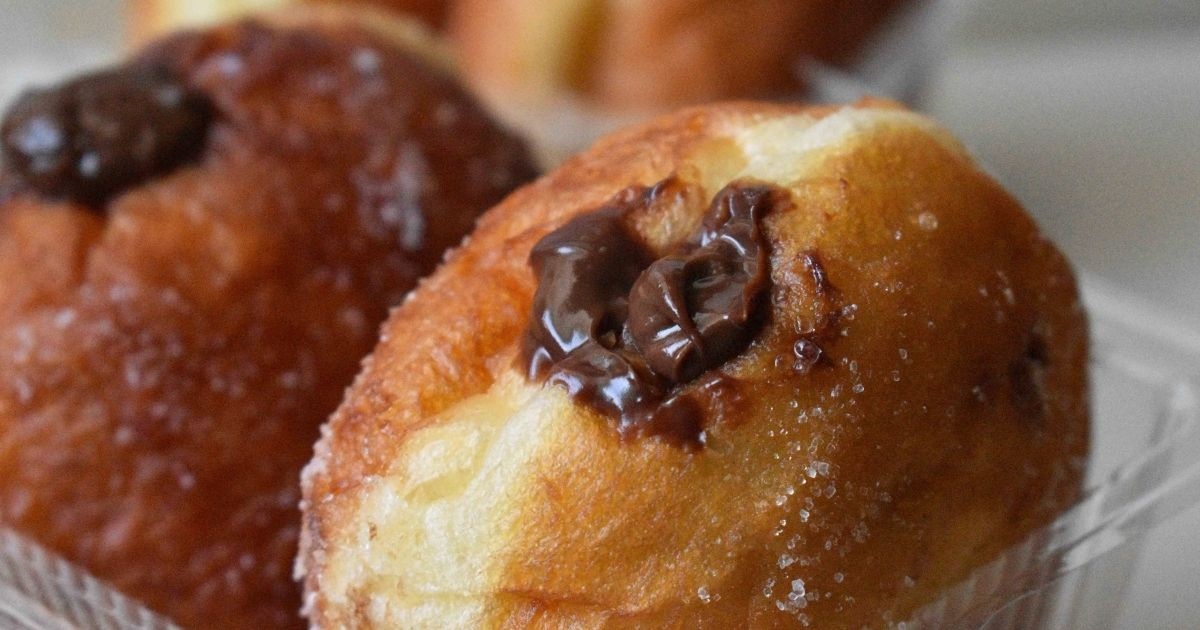 This time in our still new Love This Dish series, we are putting the spotlight on some bewitching donuts we had from Jazz Cafe’.

They are called The Guilty Farudhee Donuts and they come filled; you can have them with either chocolate or cream filling and we’ve had both. Below, we tell you why we’ve fallen for them.

First of all they are big, like 4 inches in diameter. When it comes to donuts, size definitely matters and the TGF Donuts scored high in that arena.

They are also soft; the crumb structure is nice and airy. They are not greasy at all too, and there’s not going to be a film of oil on your fingers after you pick one up.

It’s quite pleasant to bite into because although it’s soft, it does have a good bite, and there’s that slight whiff of yeast, and a hint of saltiness perhaps from butter. When bitten into, the filling, both in the chocolate one and in the cream one, oozes a bit. Not uncontrollably though, but with a bit of sensuality and we like that.

None of the fillings are overly sweet and that’s a huge plus point in our book because many a donuts we’ve had that tasted of sugar and nothing else.

And do they live up to their name? Who knows? The Guilty Farudhee Donuts certainly fall under the guilty pleasures category of things in life. And after you indulge in them, you can always file them under self-care responsibilities because they’ll make you happy.