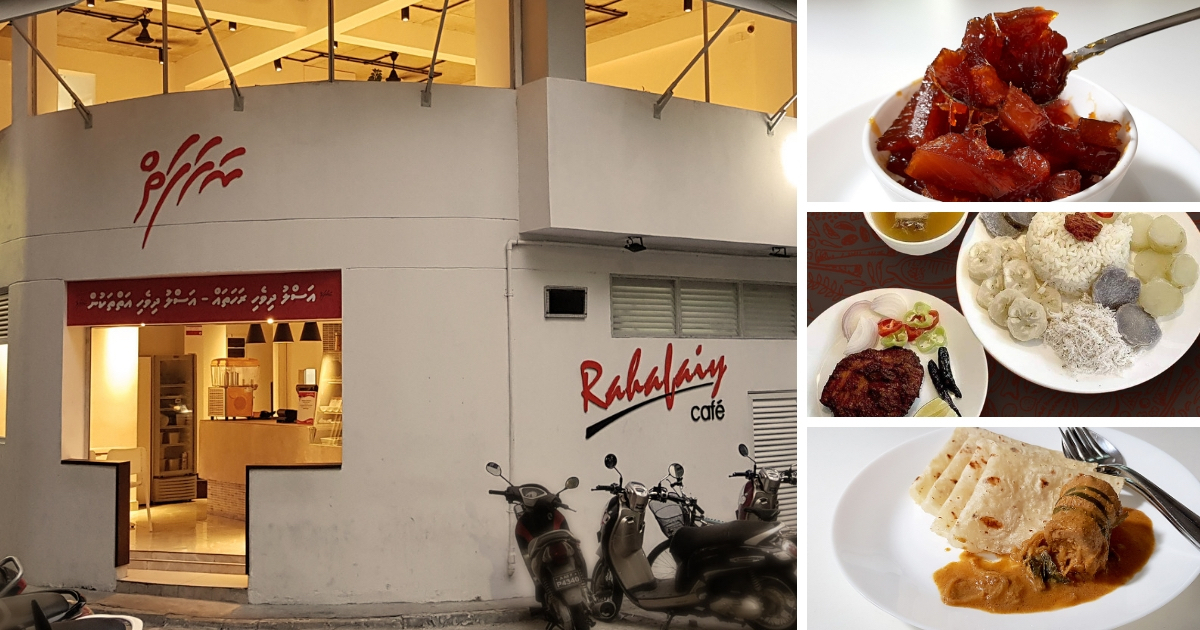 The café is tucked away in a small alley in Henveiru, near the Comfood area. So, locate it on Google maps before you head there, or you might end up driving around a bit lost.

We actually got there by taxi and luckily didn’t have much trouble finding the place. The driver dropped us off at the point where Burevi Magu meets Boduthakurufaanu Magu, and we just followed Burevi Magu until we found the café right at the end of it, greeting us with its bright orange and white colours.

At Rahafaiy Café’ things are very straightforward. The first thing we saw when we got there was the food display, which was right next to the counter. There were all sorts of things including curries, Maldivian desserts and all.

I chose to have some Kukulhu Musamma and Hanaakuri Mas with some Roshi. My friend on the other hand, opted for the Ala Baiy Dholangu, which happened to be the day’s special. We also ordered two black teas, a Suji and a Boakuri Bambukeyo.

After placing our orders at the counter, we were given a number, and we headed upstairs.

Almost all of the seating at Rahafaiy Café is upstairs. Their bright orange and white décor continues here too, interrupted pleasantly by the pop of green provided by the stem cuttings in water that they’ve placed on every table.

From where we were seated we had a good view of the alley outside. It was a busy part of Male’ and hence it was bustling, but here’s the thing, sitting there was actually and surprisingly comfortable. It felt airy and it felt clean. 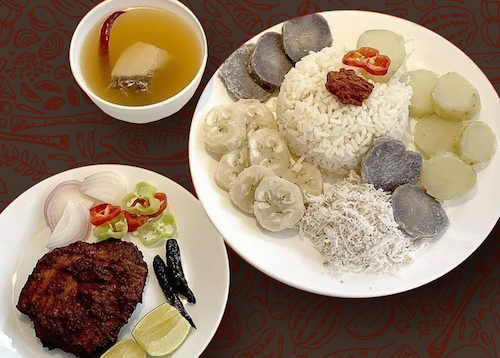 It didn’t take long for our food to arrive. The Ala Baiy meal came with ‘haru handoo’ rice, boiled ala (taro), kattala (sweet potato) and maalhoskeyo (green plantains), lonumirus (Maldivian chilli paste), and Rihaakuru Dhiya (made by combining rihaakuru, coconut milk, onions, chillies and lime). You can order it with Garudhiya (Maldivian fish broth) instead of Rhaakuru Dhiya too. In the meal is also a very welcome slice of Fihunumas (grilled fish) along with sliced fresh onions, scotch bonnet peppers and lime. 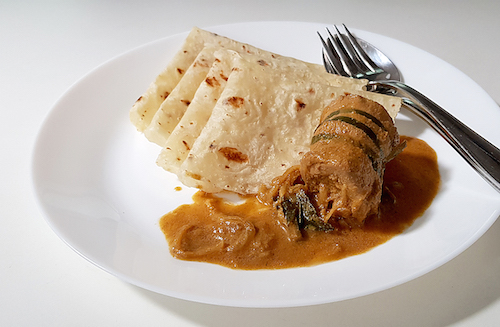 My meal on the other hand is pretty straightforward; Kandu Kukulhu (spice stuffed tuna pieces cooked in a curry sauce) and Hanaakuri Mas (dry fish curry cooked with roasted spices) with Roshi (flatbread).

Later when we talked to Shiran, the owner of the café’, we did find out that my Kandu Kukulhu was made from Addu Havaadhu (a spice mix from Addu Atoll). From him we also found out that ‘Rahafaiy’ is the Dhivehi word for recipe. 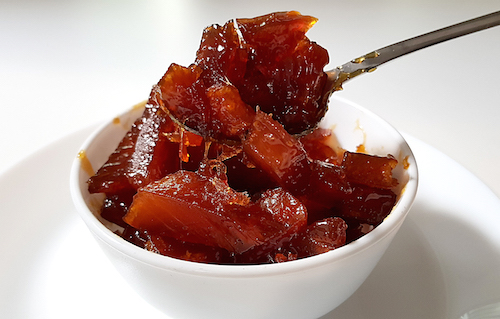 The meal cost us something around MVR 250. We think that was money well spent, and here’s why.

The food really did taste homely and authentic. The Ala Baiy tray did feel like something from a local family lunch table. The tuna in both my Kandu Kukulhu and Hanaakuri Mas was fresh; it didn’t have that old tuna taste that you sometimes get in local fish curries. The Roshi was good too, and the Boakuri Bambukeyo (candied breadfruit), which they actually call Boakulha Bambukeyo was quite killer, and yummy was the Suji (semolina based dessert drink with dried fruits and nuts). 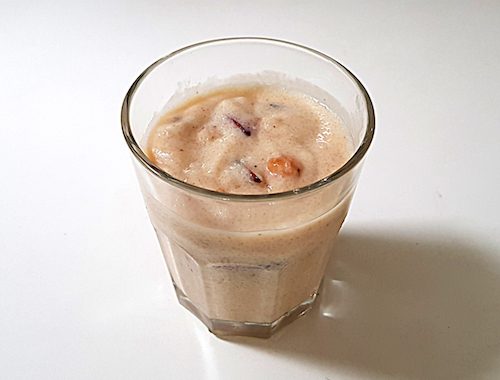 The owner told us that his initial plan was to open a teashop, or ‘hotaa’, as we locals call it. However, somewhere along the way, Rahafaiy Café’ has ended up becoming something a bit unique. Perhaps we might consider it a fresher and cleaner ‘hotaa’ from where you can get homely food and good service for reasonable prices, or perhaps we can consider it a new addition to the local café’ scene, one that’s signature is localness. Either way we do recommend Rahafaiy Café, to those who want to indulge in a familiar homely meal, and also to those who are experiencing our cuisine for the first time.