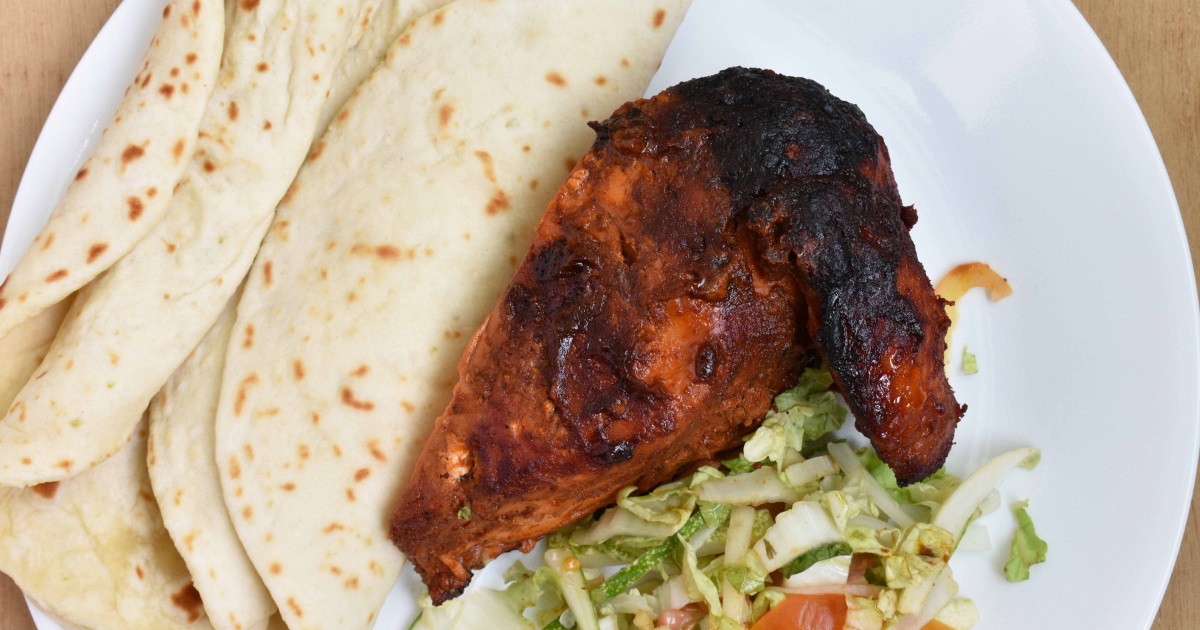 This time in our Love This Dish series we write about Don’s Fiery Chicken.

We ordered two DFC classic roast chicken quarters for delivery. It comes with DFC special sauce, a small salad, and we get to choose between garlic flatbread and lemon garlic rice; so we ordered one with rice and one with flatbread.

Our food arrived within something like 40 minutes and it was still warm.

Looking at the photos on DFC’s Instagram and since it is Maldives, we were expecting the chicken to be covered with some ‘lonumirus’ mix. And we were pleasantly surprised to find out that it wasn’t. This chicken instead was smothered in some superb marinade; we tried guessing the individual spices and stuff in there, not much succes though.

It had a slight tanginess and an even slighter sweetness, and a pleasantly prominent smokiness. It definitely was spicy, after all they are calling it a fiery chicken. However, it’s nothing unmanageable; we’d say the heat was at a 7 out of 10 level, just perfect, because too much heat makes other flavours disappear.

The chicken was juicy; we got a chicken breast and a thigh, both of them were succulent, and we know it takes a good amount of skill to cook chicken breasts without drying them out. The flavour on the outside translated well into the inside, and once again, we have to note that it is no small feat getting that amount of flavour into a chicken breast.

According to their pages on social media, this roast chicken recipe is a storied family recipe developed by Don himself. Don used to work as a cargo vessel electrician and his job took him to ports across Asia and Europe, and this recipe is a fusion of the tastes he’d picked up from those experiences.

The DFC classic roast quarter chicken costs MVR 75 and we think it’s a steal, given the flavour and the portion size.

And we almost forgot, we loved the DFC special sauce. It delivered some more heat, some more tangy notes and some more hints of sweetness. No complaints about the rice or the salad too. However, we preferred the meal with the flatbread. It was leavened, garlicky, well-seasoned and soft.

So guys, please do yourself a favour and get yourself some Don’s Fiery Chicken if you haven’t already.  It’s one of the best roast chickens we’ve had in a long time and you won’t regret it, we promise.