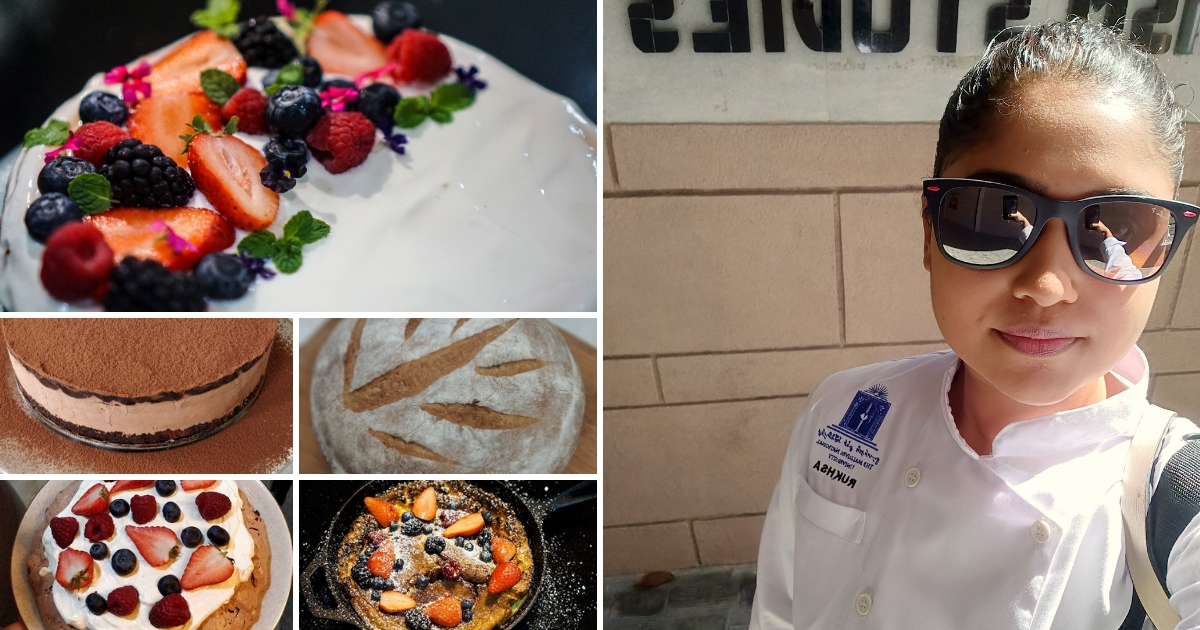 For this week’s feature article we have a little chat with Thootha (Aminath Rukhsa Ahmed) who runs the popular foodie page Fonithoshi.mv on Instagram. For anyone new to her page, she’s got some yummy looking food photos and stories up there and she even makes some items for order. In our chat, we talk about how she got into cooking, her biggest food hero and discuss some future food adventures among other things, so read on to find out more.

Lonumedhu: I heard you got into cooking while studying medicine in Russia.

Thootha: Yes. Back then there was actually a team, all of us students from Maldives. At mealtimes one of us would make something like a curry, another would make roshi and another would make a salad. I was usually in charge of preparing the main dish and I’d always cook something that reminded me of my mum. I was just 16 when I left home to study and I was naturally missing home a lot.

Lonumedhu: So what types of dishes did you make back then?

Thootha: A lot of Maldivian curries, devilled fish, things that my mum made at home. She’s actually a really good cook, so before making something I’d always call her to get her recipe.

Lonumedhu: So would you say your mum is one of your food heroes?

Thootha: Absolutely, when it comes to Maldivian food; nobody can beat her ‘boakibaa’ or ‘havaadhulee bis.’ I really want to learn how to make boakibaa like my mum, but she gives out instructions in the usual Maldivian mum style of ‘rahalaavarah’ and ‘madhunuvaavarah’ so I haven’t been able to do that yet. But I did share her ‘havaadhulee bis’ recipe on my page last Ramazan. In mum’s ‘havaadhulee bis’ she uses a really delicious spice paste made by my aunts in Ukulhas.

Lonumedhu: That definitely sounds appetizing! Getting back to a question about cooking in Russia, you were making Maldivian style dishes, how’d you manage to get the ingredients?

Thootha: We used to come back for holidays every six months and every time we’d go back with tuna cans, vacuum packed smoked tuna and even githeyo mirus (scotch bonnet), which we would freeze; the heat gets a bit lost during the freezing but it still does the job. 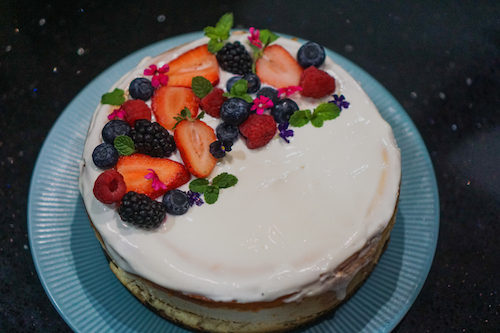 Lonumedhu: I see. Even though you started off by making Maldivian food as a student, I can see from your page that you’ve really branched out into other cuisines. How’d that happen?

Thootha: Before my husband and I started dating, what I liked was limited to local foods and things I’d eat at home. But when I met him, he introduced me to this whole new world of food; he introduced me to beef and other meats as he is into steaks, burgers and other grill type of foods. After we got married, that was after I had completed one year of my medicine studies, the government made this rule that if you are a doctor without A levels, you couldn’t work in Maldives, so I went off to Australia to pursue that as my husband was doing his degree there. We spent time studying in Australia, and while living there I got to experiment and explore a lot, as we had access to really good quality meats such as wagyu beef as well as other good quality ingredients at very affordable prices. After Australia, I resumed my studies in Sri Lanka as the Russian university I studied at opened a branch closer to home. In Sri Lanka I ended up tasting a different variety of foods too, but I mostly ate at university and only cooked occasionally since life of a medical student is very busy as it is.

Lonumedhu: So do you have a favourite cuisine?

Thootha: I like Italian food, pizza not so much, but pasta definitely, as well as risottos. And I really enjoy making fresh pastas. Apart from Italian, I like Indonesian food too; there’s this Indonesian dish called smashed chicken that my husband and I really love. I like to experiment and try out new things, especially when it comes to cooking, and I’ll be particularly interested if something sounds challenging. For example, I have failed at making macarons so many times before I was finally able to nail it. Sometimes people actually get in touch with me via my page and tell me about their own macaron disasters and I always tell them to never give up and to just refer to one of the troubleshooting guides available online and to just keep on trying. 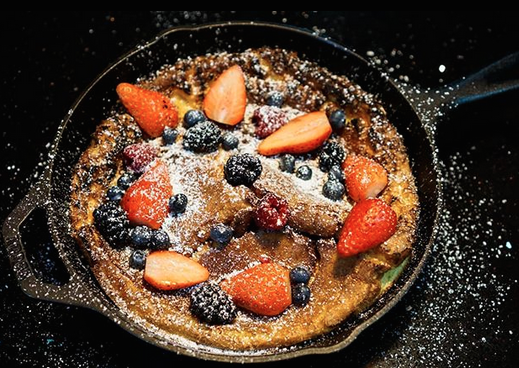 Lonumedhu: That finally brings us to your page Fonithoshi. How’d you end up starting that?

Thootha: I was actually studying patisserie at Hotel School here in Male’ when I started my page. We were required to take a lot of photos and my phone would get full often. I used to just put it all up on my Instagram stories. But that was all on my personal account and it got to the point that there was just too much food there, and that was all anyone would want to talk to me about. I also was getting a lot of follow requests from people I don’t know because of all the food and I didn’t want to accept those because I had photos of my kids there and I didn’t want to share my family life publicly. All of this and a lot of encouragement from my classmates at Hotel School led me to set up my page; I launched it the Ramadan before last.

Lonumedhu: You’ve managed to get quite a good following during the time span. What did you study at Hotel School?

Thootha: First I did the culinary class. It covered the basics such as poaching eggs, knife skills, measuring tools, proper use of pots and pans, soups, stocks, sauces, handling meats and seafood, and so on. Then I went on to learn patisserie because I really liked making desserts. The course was just 6 months long but I found it very useful. 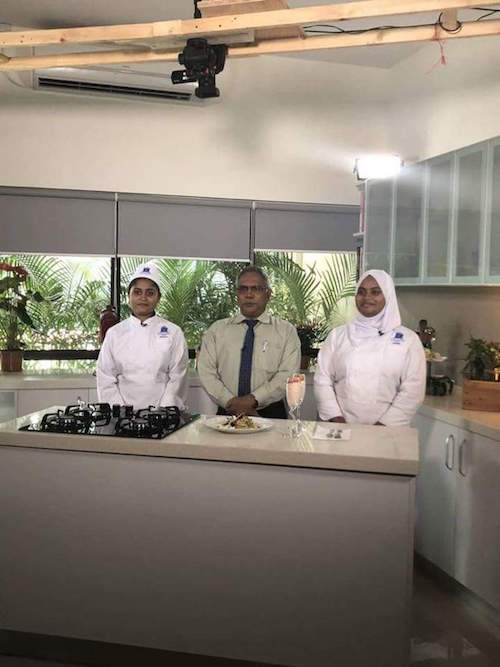 Lonumedhu: We’ve arrived at the end of our interview, so how about we wrap it up by talking about the future as might be expected?

Thootha: My husband and I have been thinking of starting a lunch delivery business. I was recently making take-away lunch boxes for Corner.mv and got a lot of requests for deliveries because some people found it hard to leave office premises during working hours. I’ve also got a lot of friends with dietary restrictions, like friends who eat gluten free and friends doing keto, so special requirement meals is also something we’ve been thinking about. Usually when people ask me about the future I always say that I want to open a café with my sister, that too is still there, but my sister is still studying so its going to take a few years.

Lonumedhu: Looking forward to the lunch deliveries as well as the café Thootha. Thanks so much for having this chat with us.