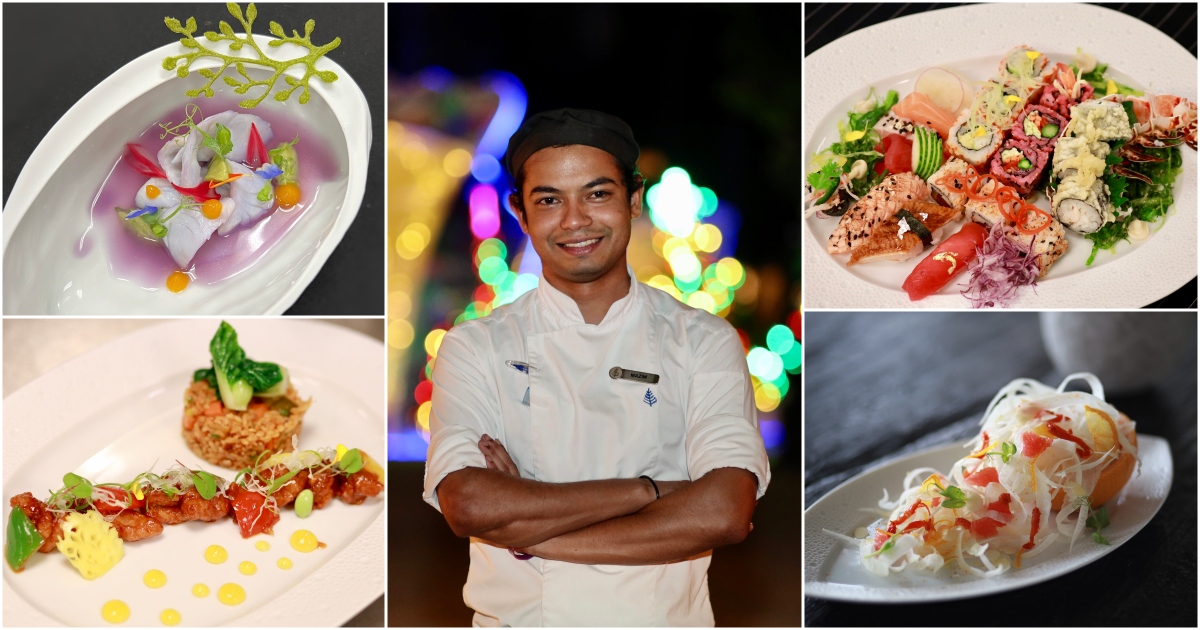 We have a chat with Ahmed Mazim, a chef de partie at Four Seasons Landaa Giraavaru. We talk about how he got into the culinary industry, his hopes for the future of the Maldivian food scene and more. Happy reading! 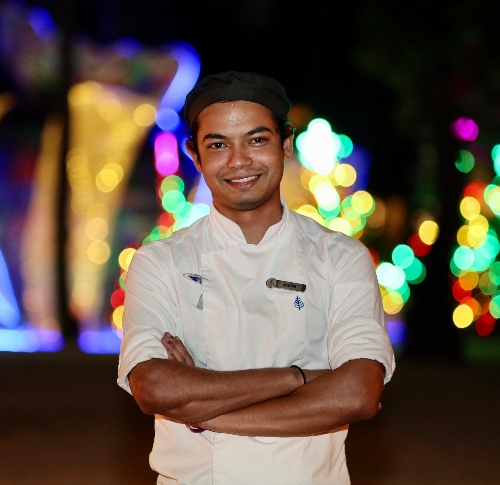 Lonumedhu: So, first things first. How did you become a chef?

Chef Mazim: I actually never thought that I’d become a chef. When I was studying IT in Male’, my brother used to work at Four Seasons Landaa Giraavaru. When he used to come home for the holidays, he would cook meals for the family, and he would ask me to help him in the kitchen. At the time, I didn’t cook at all. Didn’t really even know how to, except for very simple dishes such as noodles etc…

So, while helping him, I remember thinking that this cooking thing isn’t actually very difficult; just simple processes that we tend to think are very complicated. It sparked an interest in me and I asked him whether I could train to be a chef as well. And he said of course, I can, and guided me to participate in the apprenticeship programme at Four Seasons. And so, I interviewed for the apprenticeship programme and joined Four Seasons Landaa Giraavaru as an intern in December 2014. That’s how it began. 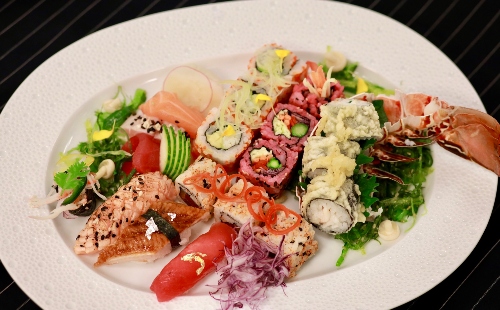 Lonumedhu: Tell us about your experience in the industry.

Chef Mazim: First, I did my apprenticeship here at Four Seasons Landaa Giraavaru for one year. You have to rotate between different parts of the kitchen – cold kitchen, hot kitchen, and pastry. During the first semester, you are taught the basics and the different areas of the kitchen. The second semester is a bit harder, where you can choose which area of the kitchen you want to explore further. I joined with basically zero knowledge, so it was very difficult for me, to be honest.

After the apprenticeship, I stayed on at Four Seasons. Then in 2018, I got the opportunity to work in Beijing, China for six months. And I’ve also received training from a lot of specialty chefs from abroad, who would come here to Four Seasons.

My first cuisine specialisation was working in the cold kitchen at an Italian restaurant. I am now specialised in Japanese cuisine – sushi and teppanyaki – and other Asian cuisines, including Chinese and Indonesian. Then, I worked a little bit in Italian cuisine. Now I’m working in Western cuisine, which includes almost everything like pizzas, burgers, and grilled items. 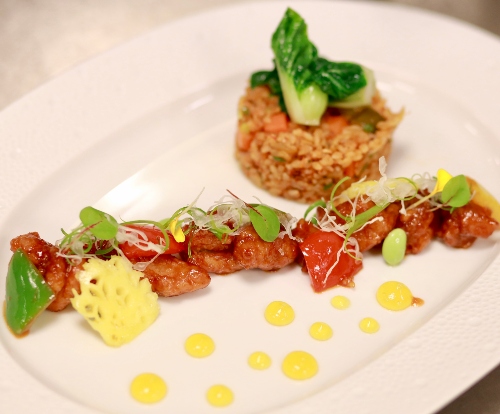 Lonumedhu: What has been the most difficult cuisine to learn to cook?

Chef Mazim: Asian cuisine was a bit difficult to learn. That’s because it’s a very fluid cuisine with lots of variations. For instance, in China, the same dish might be made slightly differently, depending on the area. There is no strict right or wrong or classic versions that some other cuisines like the French cuisine might have. Different chefs have their own styles of making the same dish which made it a bit difficult to get right.

Lonumedhu: Do you have a favourite ingredient? And if so, why?

Chef Mazim: My favourite ingredient would be meat, mainly beef. I really like grilling it. Charcoal grilled beef has a delicious, smoky flavour which comes from a very specific technique of letting the juices drip to the charcoal to create smoke and the flavour. It’s what I like to eat the most and I always like to cook for people the way I like to eat.

Lonumedhu: What does your typical day as a chef de partie at Four Seasons look like?

Chef Mazim: Normally, duty will start at noon and continue until the kitchen closes around 11PM or so. The first thing I do is check which tasks are there for the day. I’ll see if there are any special events and if there is one, I follow up on that to see the different dietary requirements and allergies and such of the attending guests. I look after the operations part of this, making sure that everything runs smoothly while also maintaining the hygiene standards of the restaurant. I also train new staff. Every year, we get new interns from the apprenticeship programme, so I’ll conduct trainings for them, follow up with them, see if they need help etc… 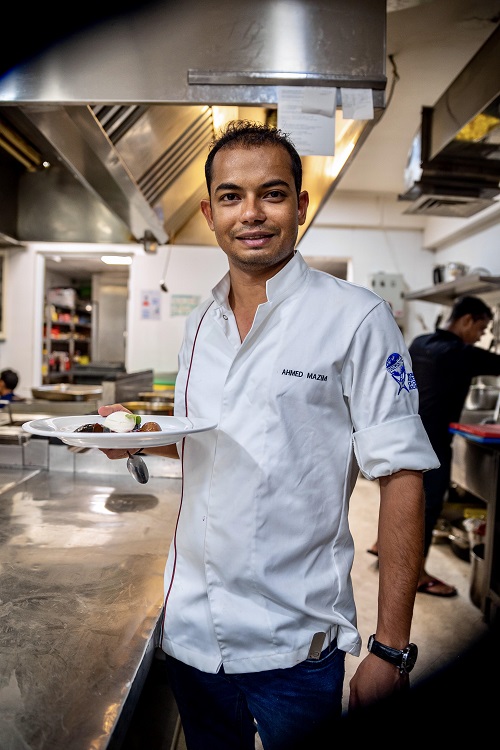 Lonumedhu: Tell us about the culinary awards you’ve won.

Chef Mazim: I’ve participated in a number of cooking competitions and have received a number of medals, mostly representing Four Seasons. Most notably, I won the silver medal at the Hotel Asia Exhibition & International Culinary Challenge 2016 in the Young Chef category.

In 2019, I got the opportunity to represent Maldives in a team event in China – the Chinese Cuisine World Championship Team Challenge. I participated with a team of chefs from the Maldives, and we got second place. In the same year, I also won the silver medal in the Hotel Asia Exhibition & International Culinary Challenge in the Young Chef category again, as well as the silver medal for the Maldivian dish and bronze medal for both poultry and fish fillet hot cooking.

Lonumedhu: What advancements do you want to see in the Maldivian food scene in the coming years?

Chef Mazim: I want to see the traditional Maldivian flavours interpreted in a modern way, kind of like in Western cuisine – course-wise. We have done an event like that at Salt Café and Restaurant once, and it was met with a lot of good feedback. A lot of people liked it. They found it to be a very different experience; the kind of fine dining you get at resorts, which you usually can’t get in normal restaurants in Male’. 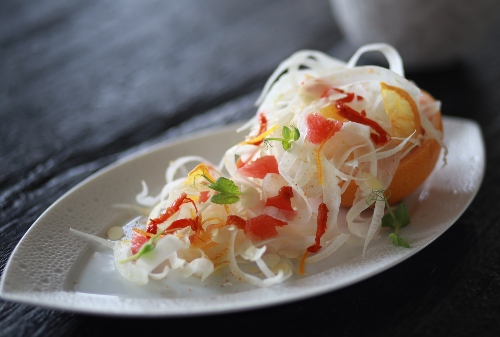 Lonumedhu: What’s next for you, career-wise?

Chef Mazim: I want to work at a European country, to get more experience, to see their culture and of course, to grow in the Four Seasons company. I’m not so focused on the distant future but rather, I’m trying to go step by step – work more before venturing out on my own. But it has always been my dream to be the best Maldivian chef.

Lonumedhu: This is a question we like to ask almost all chefs we interview here. What advice do you have for young people who want to go out into the culinary field?

Chef Mazim: For young people, I want to say that if you have the passion and the interest, there are opportunities for you in this industry. Don’t be afraid to start from the bottom. Almost all Maldivian chefs in the industry right now have started from ground zero. And you must learn to make use of the opportunities that come your way and focus on building your career. 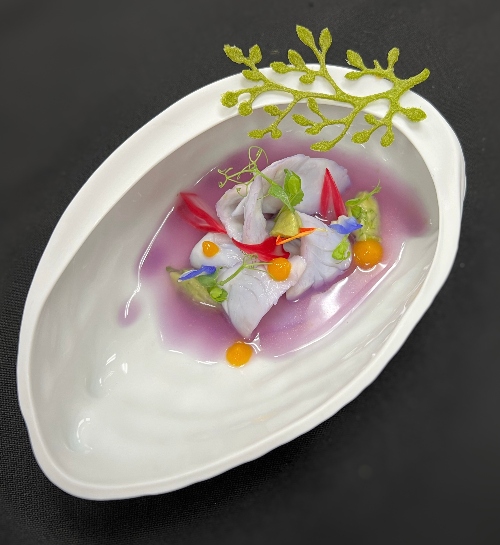 Lonumedhu: Anything else you want to add before we end the interview?

Chef Mazim: I’d really like to highlight my family’s support, that has made it possible for me to come this far. We cook a lot in the family. My mum is a great cook, who loves being in the kitchen. And my grandmother is the one from whom I experienced the first taste of delicious food. I really appreciate that and would like to thank them for the inspiration and constant support.

And I also want to add that it makes me really happy to see young people becoming a part of this industry. And there are a lot of good chefs coming out in the field, compared to when I started. Especially after the COVID-19 pandemic, there are a lot of talented home cooks making their marks in the food scene, and that is something that I am very proud to see. 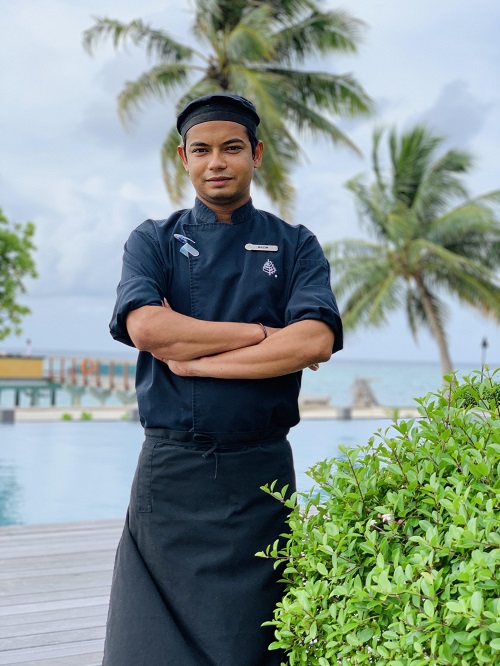 Lonumedhu: Thank you so much for your time, Mazim. We wish you all the best in your future endeavours!