Afshan and Akmal, from the Goatfish | Lonumedhu
Skip to main content

Afshan and Akmal, from the Goatfish 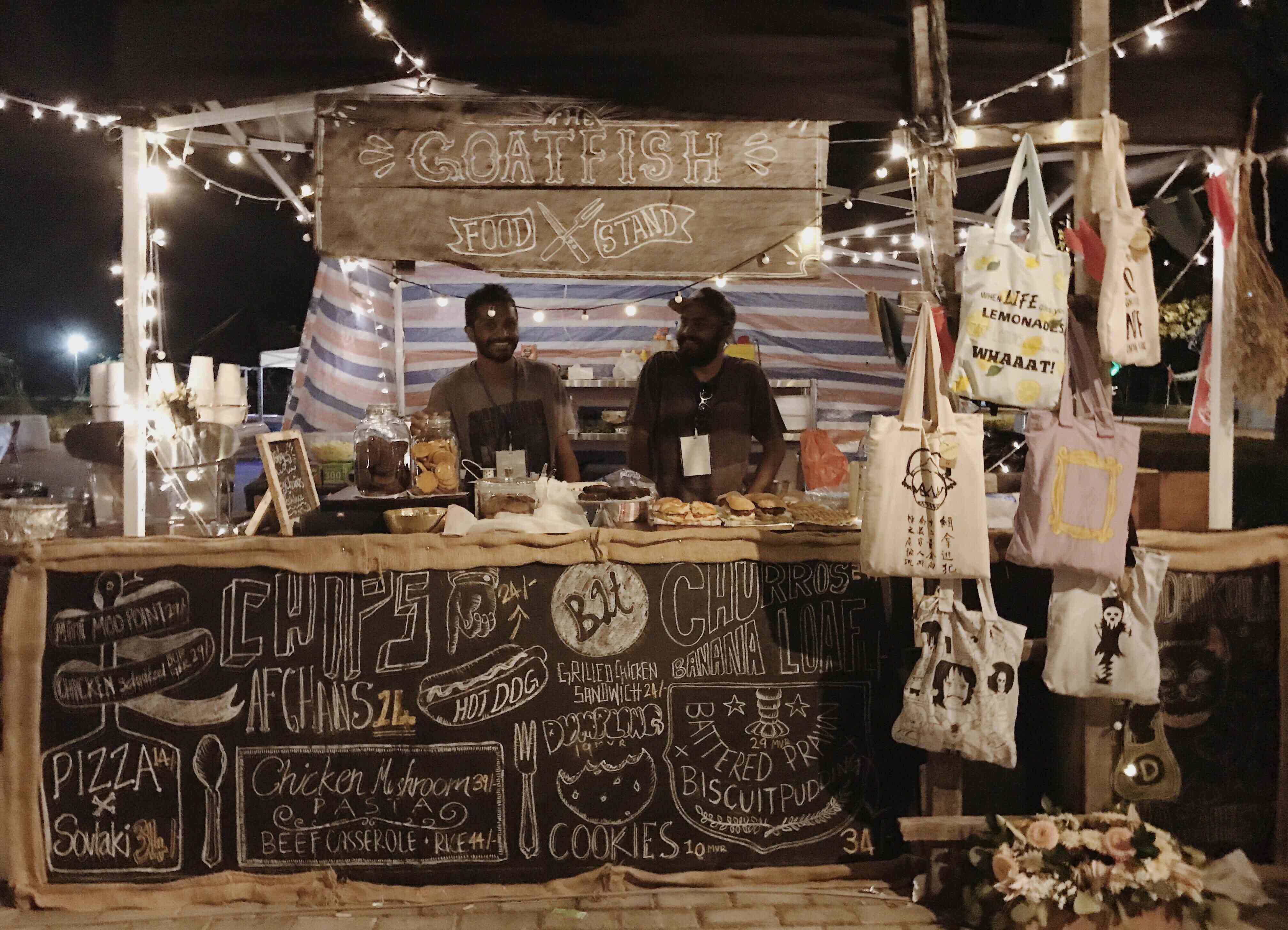 Afshan Ashfaq can’t recall a time when he wasn’t into cooking. As a kid he remembers cooking meals for his siblings and cousins. Later, when he finished school, he enrolled at the Hotel School in Male' and got serious about the craft. Several resort internships later he was fit to be a chef. Today, he mans the kitchen at the snazzy Goatfish Café and Bistro, which he also co-owns. Lonumedhu sits down with him and his partner Akmal Shaheed to have a chat about matters culinary.

Lonumedhu: What did you have in mind when you designed the menu at the Goatfish?

Afshan: What we really wanted was to do something different, incorporate stuff that you wouldn’t find in the restaurants in Male'. Also, we wanted to include culinary elements from different cultures, and have a balanced approach to cooking methods, like frying, steaming, baking. We didn’t want to specialise in the cuisine of a particular country, but have a good mix, so you get your American meatloaf, British pot pies, Italian pastas.

Lonumedhu: What do you guys bear in mind when sourcing ingredients?

Afshan: We try to use locally produced ingredients as much as possible, and also to base our recipes on what’s locally available.

Akmal: There’s an issue with some ingredients not being available constantly throughout the year, but we create our recipes with substitutes.

Lonumedhu: Is there an ingredient you really want but you can’t get here in Male'?

Akmal: Off the top of my head, it’s kind of hard. But while we’re trying to make something-

Afshan: Meat’s really good. We get quite a bit of variety…

Akmal: We get beef most regularly, and really decent quality.

Lonumedhu: Where do you get it from?

Lonumedhu: United’s trying to get fresh meat flown in from Australia, have you guys heard?

Afshan: That’s pretty cool. I think Fantasy does that already though.

Lonumedhu: Really? Can you get it from their store?

Afshan: Yeah, Cape Grim [range of meats]. But it’s a bit too pricey for us.

Lonumedhu: A herb you can’t do without?

Afshan: Thyme. And if you want to know a condiment, it’s Worcestershire sauce because we make lots of beef dishes.

Lonumedhu: If you had to have the same meal every day of your life, what would you have?

Afshan: It would have to be spaghetti meatballs from Wood Apple (restaurant). I fell in love with it when I was in grade 7, and 13 years later, it’s still got the same great taste, the only difference is the price.

Lonumedhu: Any observations on the food culture in Male' in general? Do you think people are becoming more open, adventurous?

Afshan: Definitely. You can tell by the different kinds of places that have been opening up recently.

Lonumedhu: Goatfish is in the process of opening up again. When do you think that will be? And what can we expect?

Akmal: Well, we’re opening really soon. The menu won’t change by much, all the old favourites will be there. We’re trying to source seafood locally though, to ensure freshness, and also to make seafood, like lobster and crab, affordable to the average guy. But there’ll be a lot of changes to the place, we won’t have parking issues for one thing. And we’ll have an outdoor garden area for smokers. Also, we’re also trying to get a green initiative going, getting rid of using single-use plastics. If you bring your own container, you’ll get 10 per cent off for takeaways.

Lonumedhu: Thanks guys, that’s a wrap.

Want know what to order from the Goatfish? Click here to check out our review of their pies. Or click here to read our other restaurant recommendations regarding where to get one of the best hot chocolates in Male', where to find a delicious and seriously hot grilled chicken, where to get a great valhomas spaghetti and also a killer sandwich.