Affan Didi: From Delhi to Thyme 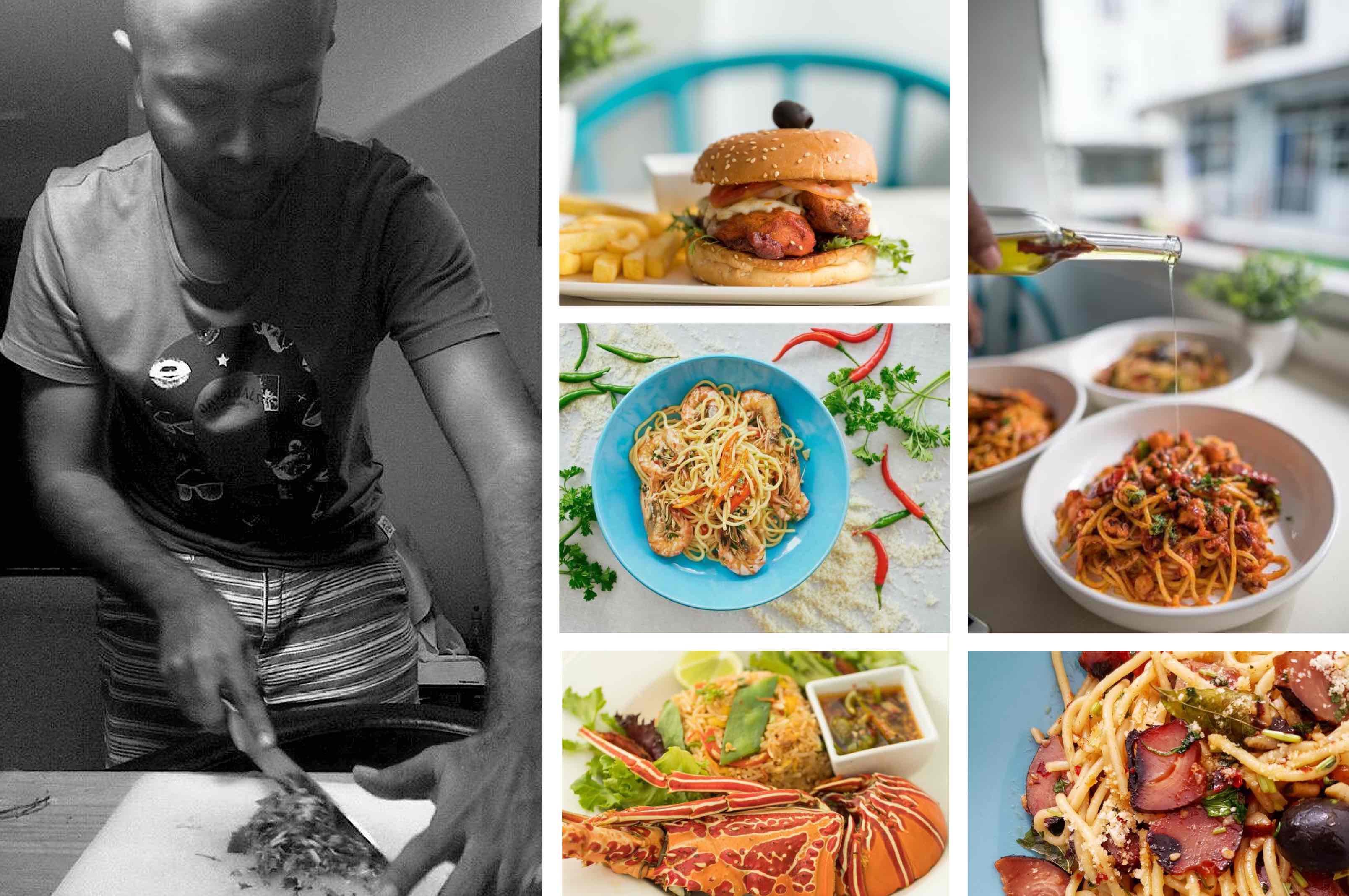 Thyme Bistro & Pressery is home to the famous valhomas spaghetti and Addu reha. Recently we caught up with the bistro’s owner Affan Didi to have a chat about various things including how he got into cooking, the cryptic process of making Addu havaadhu, and the story of Thyme’s Maldivian inspired menu.

Lonumedhu: Let’s start with the story of Thyme and how you came up with the somewhat localised foods that you serve here.

Affan:  I began cooking while I was studying in Delhi and the first thing that I experimented on was the Addu havaadhu that my mum sent me; and I wasn’t cooking for Maldivians back then, it was for my Indian friends, for birthdays and such, and sometimes there’d be around thirty people. I actually fed Addu havaadhu to a lot of people. I’ll even use it to make butter chicken.

Lonumedhu: How did you manage to cook for thirty people? That sounds like a lot.

Affan: Well, I had my friends, and my closest friend in Delhi also cooks. Although we were students we always got bigger pots and such, and sometimes we’ll bring stuff from friends’ houses.

Lonumedhu: That still sounds like a big operation. Tell us some more about these cooking events.

Affan: We might have a momo night, so we’ll have all momos. And if we have a curry night, we’ll have a lot of curries with rotis and rice and other such things.

Lonumedhu: From cooking for friends in Delhi to opening a bistro here in Male’, how did that happen?

Affan: I had the café idea for the first time in India as well. As I said before, my closest friend there cooks as well and we wanted to make a momo ‘gaadiyaa’. But unfortunately it didn’t happen because of police permits and also because I was a foreigner.

Lonumedhu: A momo ‘gaadiyaa’ sounds interesting. So was it shortly after returning to Male’ that you opened Thyme?

Affan: Because I was really into cooking, after I returned to Male’ I enrolled at the Culinary Arts Faculty; I was there for six months. And I was on the fence about opening a café’ when I met this friend. He was running a café at this location and he said we can close the previous one and open a new one here and that was my opportunity. Also, quite close to the opening date, we left on a tour of Europe. We were there for a month and while there I was lured by the simplicity of pasta dishes.

Lonumedhu: Okay, I think I’m beginning to get the dishes you serve here at Thyme.

Affan: Yes, my experiments with Addu havaadhu, and my experiences from that time in Europe, that’s what’s reflected in our initial menu. I personally prefer lighter tastes. But here at Thyme, I’ve spiced things up a bit to suit the taste buds of our local customers; I think most Maldivians prefer a stronger taste.

Lonumedhu: My next question is about Addu havaadhu. I’ve read a couple of articles about it, and have tasted curries made from it. But I’ve never managed to get a grasp of what goes into it and how exactly it is made. Could you perhaps shed some light on it?

Affan: Addu havaadhu is not a raw havaadhu. Most curry powders you get here, such as chicken curry powder, that’s raw spices ground together. On the other hand, Addu havaadhu is something that has already been cooked or toasted. The spices first get toasted and then they are mixed with grated coconut, and once again they are toasted and then we grind it until the coconut releases the oil.

Affan: It is a long process and quite a difficult one too. You have to keep stirring it continuously.

Lonumedhu: So are the ingredients in Addu havaadhu the same as the ones used for other types of local havaadhu?

Lonumedhu: Okay, getting back to your cooking, do you remember the first meal you ever cooked?

Affan: Yes, I do. I used to make omelettes whenever my mum goes out of the house; she doesn’t allow me to be inside the kitchen. So I’ll always use that opportunity to make an omelette or cook something small like that.

Lonumedhu: So, what’s your favourite ingredient?

Affan: Coconut milk and heavy cream. Because I like cooking curries and these are used in a lot of them.

Lonumedhu: If you can only eat one thing for the rest of your life what will it be?

Affan: The first cheese I ever ate was cheddar. Plus it can be eaten in so many ways. You can have it with bread, melt it on rice. I get cravings now and then and if I haven’t had it in a while I really start to miss it.

Lonumedhu: Okay, suppose you were being shipped off to an imaginary faraway uninhabited island and you can only take five ingredients, what would you take?

Lonumedhu: I don’t think garlic is going to be there on the island.

Lonumedhu: Quite an interesting combination you’ve got there. What are you going to make with that?

Affan: I can make something really delicious with that.

Affan: What I have to do first is brown the onions well, and puree the tomatoes. And then I’ll slow cook the beef with those along with the parsley and coconut milk. It’s going to taste great.

Lonumedhu: Okay that sounds delicious. Last question to wrap up the interview; are there any new things you are planning for Thyme that you could share with us?

Affan: Right now we are looking into moving to a more comfortable location. A lot of customers find our current location to be a bit far off. And also after Ramadan we are going to introduce three more pasta dishes; these are not going to be spicy, but rather light.

Lonumedhu: That’s something to look forward to. Thanks so much for having us here, and it was fun talking to you.